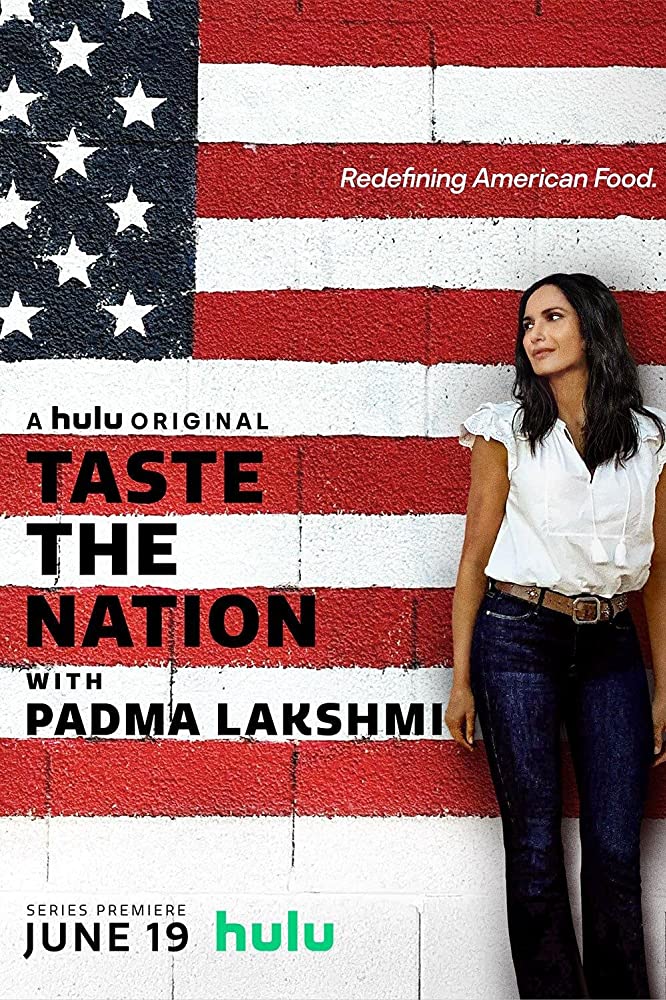 In the early 1900s we started calling our nation The Great American Melting Pot. There was a song about it decades later on SchoolHouse Rock in 1977 (which verifies it as iconic). The term was meant to represent the melange of cultures and ethnicities that give this country its ‘flavor’ and made us one to emulate. It was “meant to” but that ideal America has often been replaced by the cannibalistic consumption of the cultures that fed it.

From our indigenous originals to our African, Persian, Asian, Indian, South Pacific, and Latinx origins and beyond—the European influence has often been lauded while everything but the food, fashion, and music from the rest of us has been discarded. We see it in the treatment of immigrants of color and the othering of generations of people of color born here—those who are the foundations of what makes the American stew so delicious. Padma Lakshmi finally reclaims the idea of The Great American Melting Pot on her new Hulu Original, Taste the Nation with Padma Lakshmi. On it she “learns, immerses and celebrates communities from around the world that have taken root in America and shaped its culture through cuisine” but the show is so much deeper than that. What she reveals is our food is our story, our dishes are our history books, our ingredients are our roots. We remember through food, we celebrate who we are through family style dishes.

Padma finds the rhythms of Africa in the Gullah Geechee red rice of South Carolina, she discovers the joy of Mexican community wrapped up in the warmth of burritos on the borders of El Paso, and she remembers the challenges of holding onto culture through the delights of dosas from her own home. And there’s so much more, so much more richness and flavor; even while modern threats continue to try to erase our food or make us forget our ways of life. Padma mixes all these things into her taste of the nation and even the most bitter parts prove how amazing the recipes from this American melange taste.*

…and please look out for the Chinese food & culture episode featuring Ali Wong. These two are the POC girl power wonder twins.

Taste the Nation with Padma Lakshmi is out now on Hulu.

* but as the show points out, Chop Suey has always been nonsense.