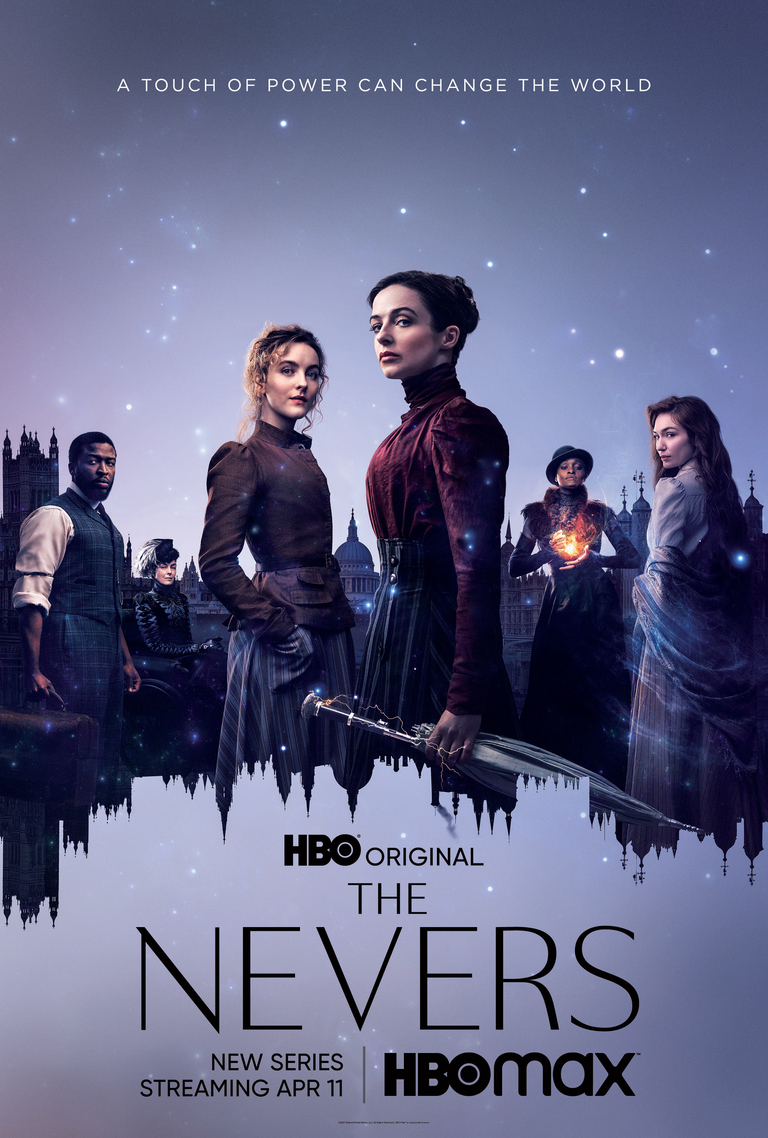 The Nevers - Season 1 [the first three]

Basically: Two women, who run an “orphanage” for people who are Touched [read: have various powers] have to keep their charges and themselves safe all while dodging the seedy underbelly of London.

Amalia True (Laura Donnelly) and Penance Adair (Ann Skelly) are constantly on the lookout for individuals to bring to their “orphanage” for the “afflicted” known as The Touched—but they aren’t the only ones looking. Others, the touched with less scruples, are luring the afflicted away as fast as Amalia and Penance can find them. It is a battle that leads our two leading ladies from the heights of London society to the literal sewers under the city. This cobwebby story is full of the best twists and turns imaginable! Everything from delightful inventions to terrifying bad guys, and all of them have a twist or a secret that (even with the first 3 episodes under my belt) I STILL haven’t figured out. And while my description might seem chaotic and dizzying, once you are in this detailed and stunning world everything makes perfect beautiful sense. This is Joss Whedon and Jane Espenson at their best.

Whedon brings out all the over-the-top Whedonness but gives us a great story to indulge in. Yet, I know he is problematic and, don’t get me wrong, he’s still problematic here. Whedon has fallen, once again, into the habit of putting anyone other (women, disabled, BIPOC, etc.) in their box and leaving them there: the cheating man of color, the angry disabled woman, the badass with no emotions (his personal favorite). Honestly, I just once want to see a disabled woman who doesn’t care that she is disabled because it is just who she is! Then there is inclusion—Whedon has a terrible habit of casting the central characters white and then throwing in some other people of color as secondary characters. So, it SEEMS a series is very diverse, when really, it’s not. Yup, that is happening again here. Still neither of these are shockers, when you sign on to watch a Whedon project you know these things are going to happen. I just hope now that he and Warner Bros. have parted ways, after six episodes, some of these flaws can be corrected.

All that aside, this is still a great series. One I am happy is coming out and I can’t wait to see more of it!

In the End: The Nevers is HBO at its best—a lavish period piece with engaging characters and a complex storyline. This show immerses the viewer in a world that is one part history, one part steampunk, and one part superhero and it doesn’t let them go!

The Nevers debuts on HBO on Sunday.