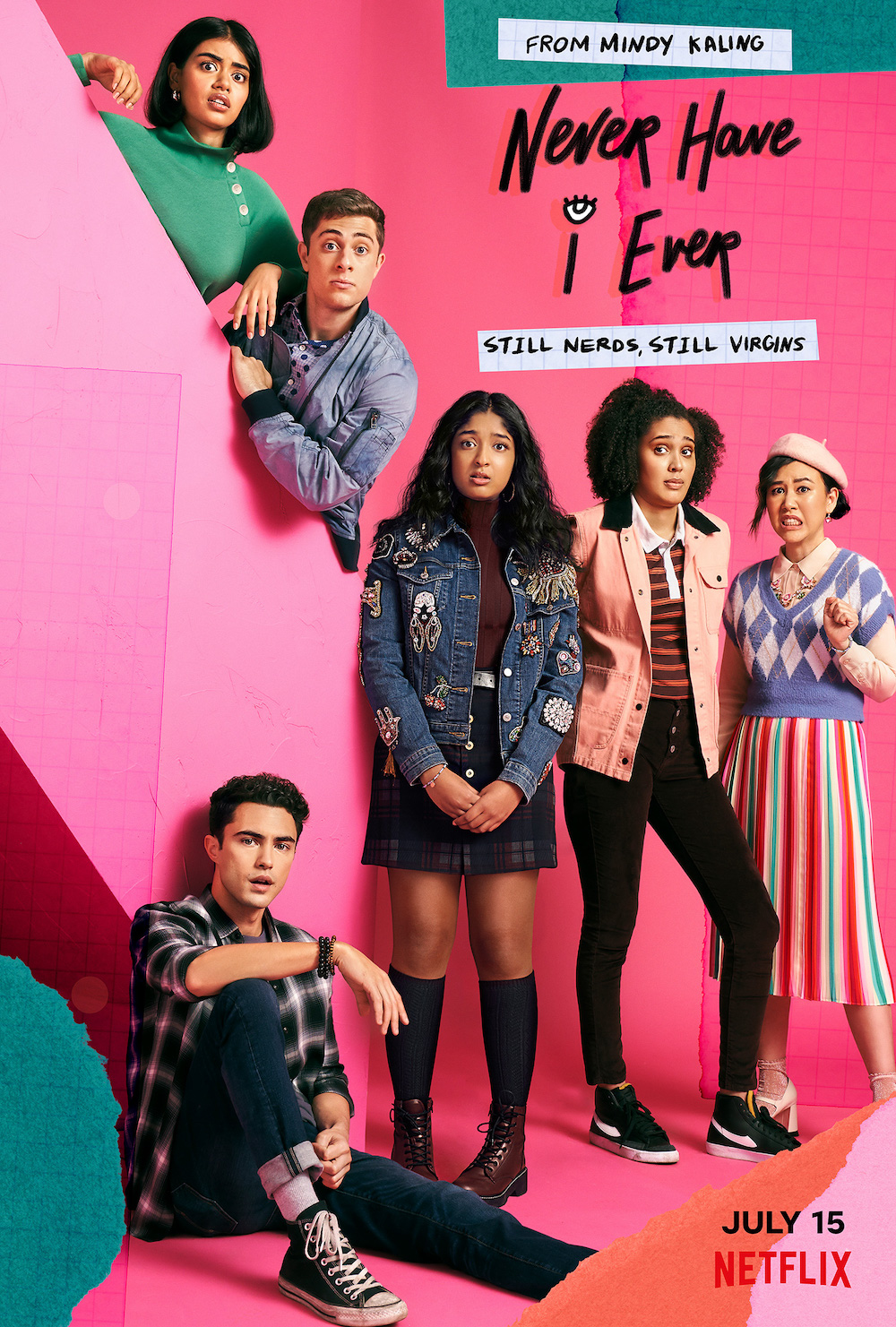 Never Have I Ever - Season 2

Basically: The high school goddess of chaos is back and we say bring it on.

Our super flawed heroine returns for another season of f#ckin’ up in the worst kinds of delightful ways. If that sounds like a riddle, well, so is being a teenager. Especially a teen at the intersections of womanhood and burgeoning sexuality, trauma and discovery, nationality and heritage. Those are a lot of crossroads to stand at but Never Have I Ever – Season 2 finds truth within them all. This series seeks the realness in the confluence of hormones, harmony, and hilarity. What it finds ain’t pretty but it truly sparkles.

Did I mention “devi” means goddess in Sanskrit? Because this particular Devi (Maitreyi Ramakrishnan) is definitely a bringer of chaos; but her gift for destruction ignites an awakening for each of the characters in season 2. So that’s, uhm, good? Maybe…maybe not…I shall spoil nothing. sidebar: You’re right, I did get an A+ in AP English from a high school that oddly resembled a Mexican restaurant owned by a dude named Chet. So what? My parents forced me to move to the midwest from the south. I’m still bitter about it.

Devi is from the south too. So Cal. She is also bitter about an impending move to a different south—South Asia—AKA back to India. Season 2 jumps right back in, at the end of Season 1, in a car with Ben (Jaren Lewison). Listen, I’mma be really real with you, I know Ben reps the unlikely hero from every third rom-com but I am not a big fan, I have reasons. Which would be spoilers…so I’ll tell you later. Lucky for those of us who enjoy biting the gel off our nails, things start to happen fast.

Devi’s mom, Nalini (Poorna Jagannathan) is overwhelmed and seeking support from her family. But things won’t be as easy as she thinks. Paxton (Darren Barnet) is starting to see the world beyond swimming and his hot boy status. But he has some roadblocks ahead. Eleanor (Ramona Young), quite frankly, stays tripping as the reigning drama queen. But there’s more drama beyond the stage lights. And Fabiola (Lee Rodriguez) is finally stepping into her identity as a lesbian, but she’s just a little confused about what that means. There are also new characters who transfer in only to get gut-punched by the 1-2-3 combo of Little D, Fab, and El. They were not warned—neither were our feelings. Never Have I Ever  – Season 2 is so good. Like really good. The writing startles you with unexpected laughs and emotional ambushes that push the growth of the characters. Yet the series is so wildly chaotic, you’ll be smashing the play button for the rush of the next episode. One of which is Episode 3, which cannot be spoken about without fear of the Netflix necronomicon being deployed against your life. (That means penalty of death, if you’re unsure.) But I have seen it and trust me when I say it’s something we’ve been craving. Actually, NHIE is a series we’ve craved for a long time—a place where BIPOC characters and queer kids get to be a little bit messed up, still figuring things out, and yet totally wonderful (as long as they’re eventually accountable for the whirlwinds of wrongness they kick off).

Ooh, and the romance. We swoon (no matter who it’s with).

In the End: You have to watch. We have to talk about it. I legitimately adore this show.

Never Have I Ever returns to Netflix on Thursday.