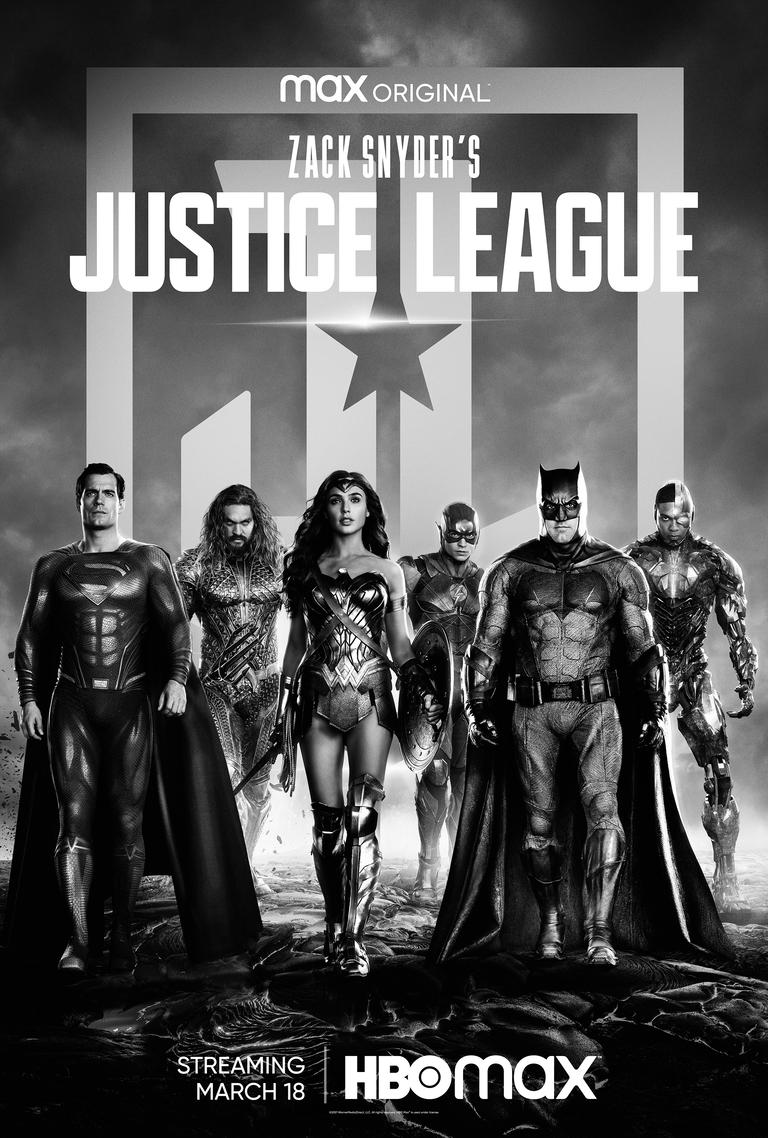 Basically: Zack Snyder reboots his vision of the Justice League in a four hour movie marathon.

And while Zack Snyder’s Justice League isn’t one-hundred, it is a much clearer vision of these characters then we’ve seen in his previous movies. Most notably, they’re now heroic. For that alone, I’m here.

Brace yourself, before we talk about the movie, I have to tell you a secret. There is no SnyderCut. Don’t freak out. It’s a useful myth. An exciting urban legend. An opportunity. An opportunity for what, you’re probably wondering. An opportunity to effectively retcon a franchise and shed the miserable anti-hero mantle bogging it down while aligning with the momentum of the recent solo films (WW84 excluded). There is no SnyderCut, friend. How do I know? Film making. No studio with nearly four hours of the footage I previewed would’ve turned it over to another director, with a completely opposing aesthetic to haphazardly and incongruently “finish it.” Studios are about their bag and if this was actually the original footage they had a money maker that didn’t need much to complete. It would’ve been standard to have one of the other directors on the team wrap things up. It’s a thing, it happens. It didn’t happen here for one very clear reason: There is no Snydercut. There is only Zack Snyder’s Justice League and it is a course correction.

Believe it or not. <deep breath> It felt good to say that. I feel somehow cleansed, like bathing in the waters of Lake Minnetonka. Now, should we carry on? Let’s.

Zack Snyder’s four-hour superhero opus presents us with a story analogous to the original but very different in several good ways; most importantly and most successfully in tone, storytelling craft, and character development. ZSJL makes you believe in these heroes again. And it takes its time to do that in surprisingly effective ways.

In Zack Snyder’s Justice League an invading alien horde has plans that will no doubt leave earth consumed in their wake. Being the ultimate strategist and biggest softie with the hardest exterior, Batman (Ben Affleck) has an epiphany. With the help of Alfred (Jeremy Irons) he sets out to put a team together to defend the planet. Wonder Woman (Gal Gadot), being the champion of humanity she is, is all in. However, the other loner-type heroes are going to take some convincing. Except for Barry (Ezra Miller) AKA The Flash AKA Bart/Wally (if you know you know). Barry needs no convincing because he “needs friends.”

Unfortunately, Superman is dead after his battle with Doomsday.

Our villain is still Steppenwolf, revamped in Playdough CGI that’s kind of…not great…but is embodied by a solid voice performance from Ciarán Hinds. However, there is a larger more legendary baddie in the shadows this time around: Darkseid (the original Thanos. yup) voiced in gritty intergalactic crime lord glory by Ray Porter. With the addition of the lord of Apokolips we can expect two things. 1. The DCEU is setting up for Ava DuVernay’s New Gods movie (more Kirby, more Kirby, more Kirby) and B. The plot goes beyond the three mother boxes because Darkseid has long since had other even more sinister goals.

As I mentioned, Snyder and writer Chris Terrio take their time with the development of the story, bringing it to life in ways that feel like an artful reboot. They truly seem to have taken the notes.

One big thing is the redemption of Batman. We can see a revival of the character who has been lost on film over the last decade, a character who doesn’t abuse privilege but uses it to protect others and to inspire them. This Batman has the look of Frank Miller’s version but has a sense of humor and a sense of hope that has sorely been missing.

Wonder Woman is a warrior woman of the highest degree, her sword and shield belong to humanity and she swings them with impunity (so, watch your neck) but she also has the tenderness and astute empathy that give her true power. And Cyborg (Ray Fisher). Cheers and confetti abound. Cyborg’s personal heroic journey is now the heart of the film and it is a story that beats and pulses with a vitality the character (and the fans) well deserve.

Jason Momoa as Aquaman is secret sauce and that is always good. More please. While Miller’s Bart-Wally, um, Barry Allen is still fun to watch and even more so with the reinsertion of his meet-cute with Iris West (Kiersey Clemons). Thank you, we deserve this romance too.

Another place where it’s clear Snyder and Terrio “took the notes” is the tone. Rather than a brigade of miserable bastards we have a burgeoning team of heroes who are dealing with huge wells of pain but are also imbued with light and “faith.” They are in the midst of finding each other and building the friendships that will sustain them through a variety of cataclysms. The tonal shift works well throughout the movie and the Justice League now feels like they belong in the same universe as the Wonder Woman, Aquaman, and Shazam films. I’d say get excited for Black Adam and get hopeful for more Harley and The Birds of Prey. And, in case you were wondering, you’ll have lots of big action and fight scenes to cheer for. There are also character moments that will make you sigh happily. On the other side, ZSJL is full of unearned emotion, moments that require you to fuel them with the feelings you bring into the experience with you.

And this movie is long. So long… In one scene Harry Allen (Billy Crudup) says “I am a drag on your life,” and I thought the movie was talking to me. Another thing is, the Amazons really should be better fighters. I want better for them. Oh and there’s the relentless use of slow-mo that no amount of good music can ameliorate, along with other issues with some of the heroics, the CG, and various wonkiness. Yet they also fix Mera’s wig (while giving her an inexplicable fake British or maybe fake Singaporean accent—I guess you really can’t have it all). Regardless, look forward to great surprise appearances, and a “hot dog in the pocket” moment that may rival “a banana in the tailpipe”. There are lots of things to smile about. Also, Black Iris West is back and she’s official. So, I’m mostly good with this movie.

I have to admit, ZSJL is Brainiac smart. In four hours, the DCEU has reworked a failing franchise and set the stage for a revitalized vision of their universe, one that capitalizes on the things we love about DC Comics and gives us a clear path to a multiverse full of the pathos, breakneck action, friendship, laughs, and hard times that ultimately lead to triumph. Cheers to that.

Although it is a marathon, long and winding, I say yes to this reset (retcon) of the franchise, which begins to restore these characters to who they are and shows us a glimpse of who they might yet be: Heroes. Super and beyond.

In the End: Think of it like binge watching a mini-series and see it. Our heroes are back and they are welcomed.