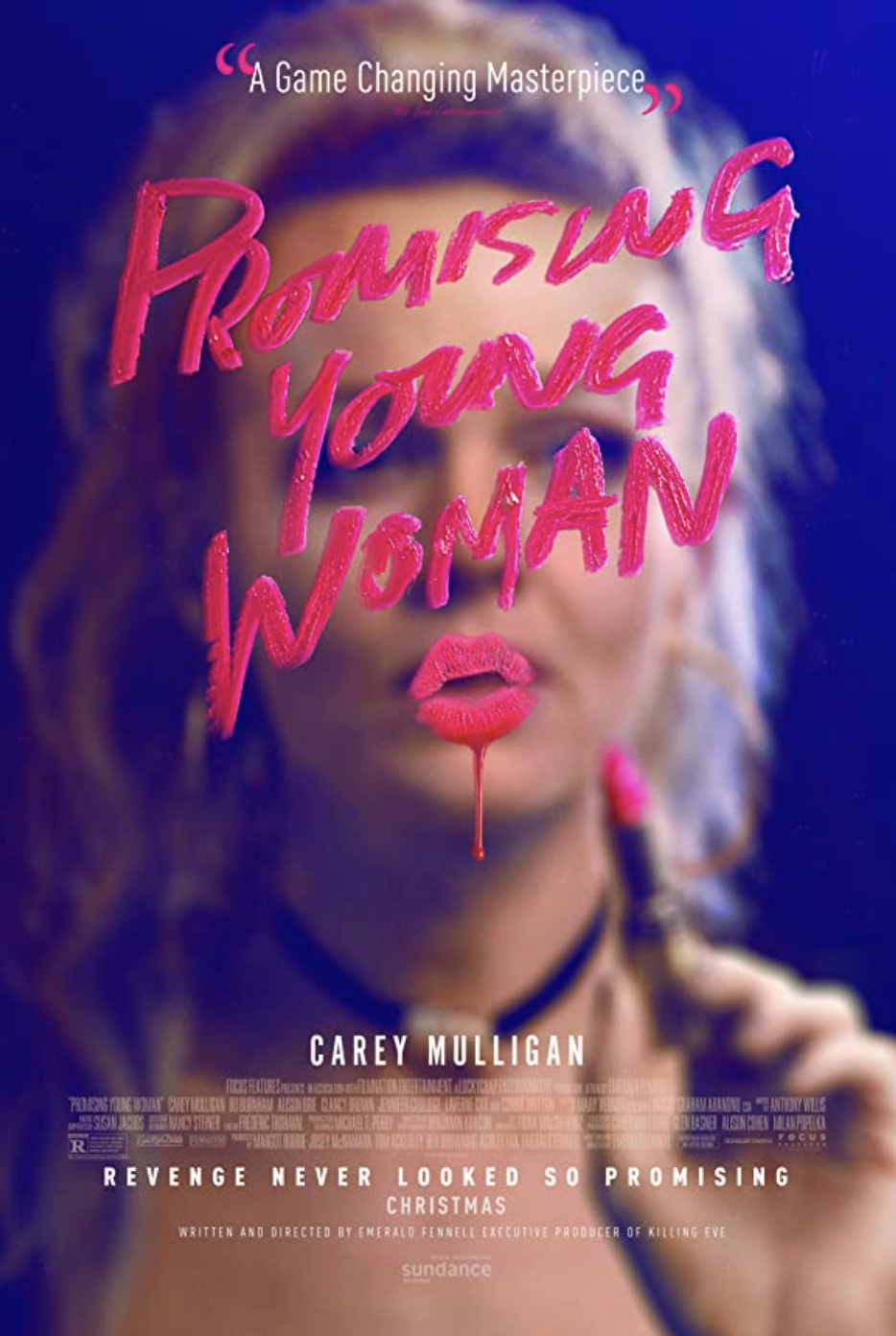 Basically: Why do they never think about “her” future?

Cultural conditioning. It’s a mixture of everything a culture is, all the things that help define its values and mores. That conditioning also provides the excuses we make for the harm we inflict on each another [see above]. In her hyper-stylized rollick through vengeance and festering wounds, Emerald Fennell kicks social interaction directly in its criminal underbelly.

There’s a ripple effect in tragedy, one that subsumes more than the person at its center. That’s what happens to Cassie (Carey Mulligan) in the years after her best friend is sexually brutalized at a party and subsequently dies. People continually tell Cassie to move on or to get over it; they say her friend shouldn’t have been drunk and that it’s not right to jeopardize a young man’s future for one mistake—Cassie calls bullshit. She can’t simply get over a crime our society condones because she prefers justice. And since Cassie can’t give that justice to her friend, revenge will have to do. Oh, it doesn’t start there. By day, Cassie works in a coffee shop alongside her fabulous, funny, and underutilized boss (Laverne Cox). By night, Cassie plays the role of a blackout drunk party girl, allowing nefarious “good guys” to take her home so she can teach them a lesson. No one gets hurt. Maybe no one changes, but for Cassie it’s making a stand. The act of doing something allows her to mitigate her rage. It also leaves her stuck in a continuous cycle, because the so-called “good guys”—those who are willing to sexually assault nearly unconscious women—just keep coming.

The cycle goes on until Cassie reconnects with Ryan (Bo Burnham), an old classmate. A new romance begins and Cassie stands at the precipice of personal change. But unfortunately, as I mentioned, the so-called “good guys” just keep coming.

I have a tangle of thoughts on a Promising Young Woman.

If we start with the look of the film. Candy coated palettes mix with costuming and sets on the border of retro; camera angles and lighting flirt with the visual tropes of classic thrillers. It’s both gorgeous and emotionally effective.

If we muse on the acting, it’s fresh and appallingly real—even with the surrealism amped up to give the film a ‘daydream on the edge of nightmare’ quality. Mulligan’s good girl turned vigilante has so much nuance and shading. Burnham’s charming dork is such a perfectly synthesized rom-com hero that we doubt trusting him.

And the scoring works chillingly well. Songs about glossy relationships and super pretty men are flipped to sinister. “Boys” by Charli XCX, “It’s Raining Men” by The Weather Girls, and “Toxic” by Britney Spears are remixed or covered to subvert their original intent.

Those are all the highs, but speaking of music. You know those moments in musicals, when the singing and the dancing is a reflection of the character’s inner self? The music is their emotional truth. Well, Promising Young Woman feels like Cassie’s song—her truth and turmoil and her aspirations. Unfortunately, it seems no one else in the film can hear the music. As for facing it…I’ll let you be the judge.

Lately, I’ve been very particular about what a film has to say. This one is articulate, don’t doubt it, mostly because Mulligan is so freaking good at conveying truths far beyond what’s on the page. Still, I have questions. In a storytelling world where The Girl with the Dragon Tattoo (Swedish) is a landmark, Promising Young Woman isn’t really that bold. And when it has an opportunity to flip the genre with a knockout punch, it kind of throws in the towel. These are questions I’ve struggled with since Thelma & Louise: Why must women’s empowerment always come with a fall off a cliff? Or in a courtroom with an insanity plea? There’s a point where reality becomes clichéd but aspirational would be revelatory. Why can’t we go there?

Maybe Emerald Fennell will answer those questions in her next film—if so, I can’t wait to see what she does next.

In the End: See it for the aesthetics, Carrie Mulligan, and an unflinching reflection on the truth about so-called “good guys” (but don’t expect much more).