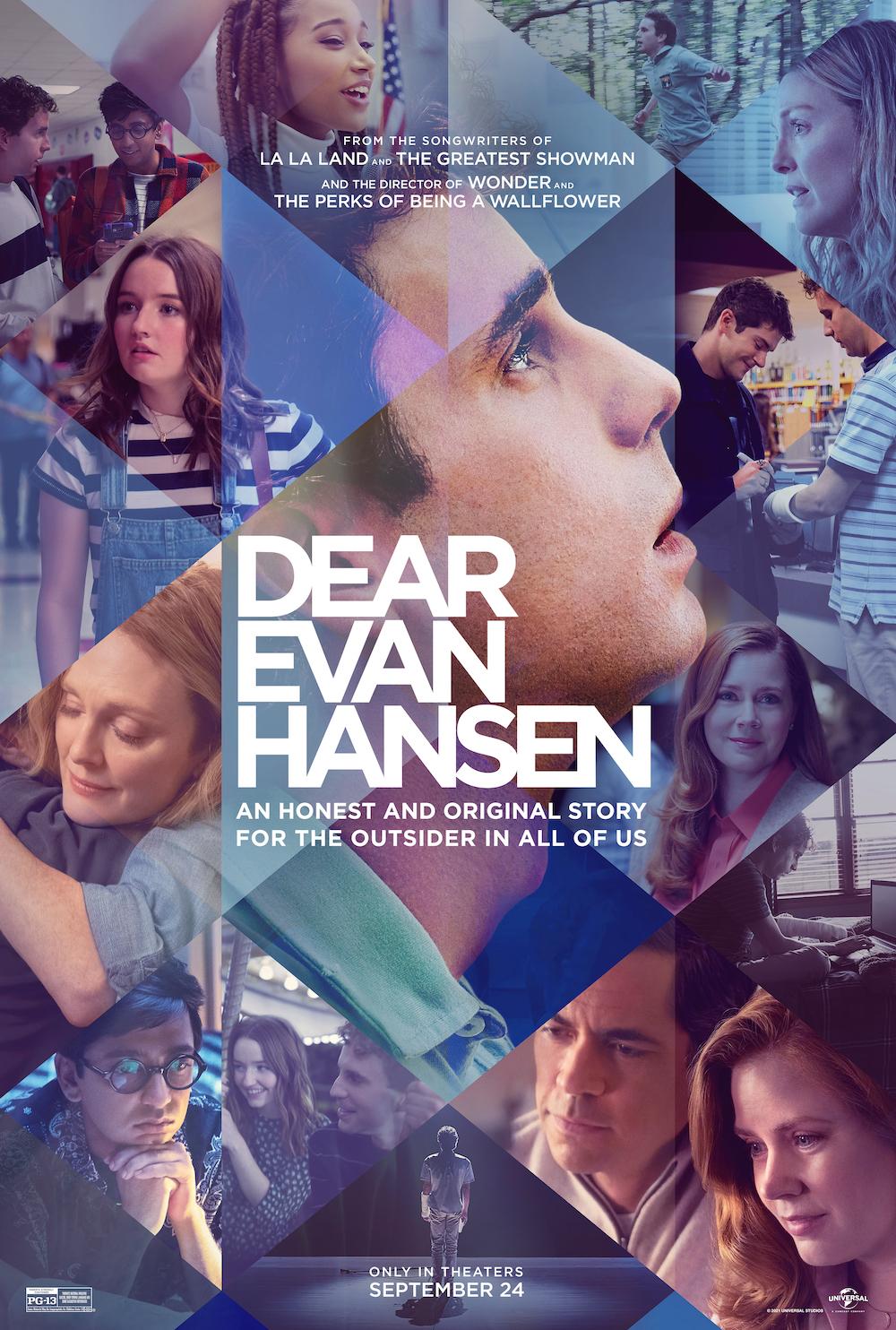 Basically: The story of a lonely teenage boy who lies out of good intentions but spirals out of control.

I went to see Dear Evan Hansen cold. Like, I never heard of it ever. Never knew it was originally a Broadway musical. Never knew it won six Tony Awards. Never heard anyone sing a song. I low-key thought it was something like Love, Simon but nope. So, I was pleasantly surprised sitting through this film. The story is about high school senior Evan Hansen (Ben Platt), a kid with anxiety for which he takes medication and sees a therapist. He’s given an assignment from said therapist to write himself a letter every day as a diary of sorts, to give himself positive reinforcement to push through one day at a time. Evan is mostly a social outcast with only one kind-of friend, Jared (Nik Dodani). He likes a girl but he can’t bring himself to talk to her, ever. Evan has a run-in with Connor Murphy (Colton Ryan) on the first day of school and Connor gets his hands on one of Evan’s letters after a clash. Three days later, Connor takes his own life but is found with Evan’s letter. From there Connor’s family thinks they were best friends and Evan navigates that along with his feelings of loneliness. As I stated earlier, I had no idea what I was getting myself into. It’s pretty interesting to have a musical that deals with such a heavy subject but I must say the filmmakers and writers and everyone did a great job of navigating the somber story while having characters burst out in song. Platt originated the role of Evan on Broadway and even though you can tell this is an adult playing a teen his performance of the pain and sadness in Evan allows you to ride into the story. The performances overall are really good and they bring about strong emotions. Amy Adams and Julianne Moore both do great turns as the mothers in this story, Adams dealing with the grief of losing her child and searching for answers; Moore as Evan’s mother Heidi trying to help her son and keep them above water. Amandla Stenberg is strong too, in a supporting role as Alana Beck. In a post screening interview with director Stephen Chbosky I learned they expanded this character’s storyline. That’s well deserved and a good decision since, I’ll be honest, I don’t like the character of Evan Hansen. Evan makes some pretty bad choices and does some very selfish things. While the story shows why and you can have empathy for him, man oh man, this kid often feels like the worst while watching this movie. Yet Dear Evan Hansen is a very well-put-together story, as I’ve said earlier. Still, it might be hard for some to get through or like this movie because of what happens. Also it being a musical can turn some folks off, so for those folks this one ain’t gonna change your mind.

In the End: The film does well with talking about mental health and loss with a strong songbook and well done adaptation to the screen.