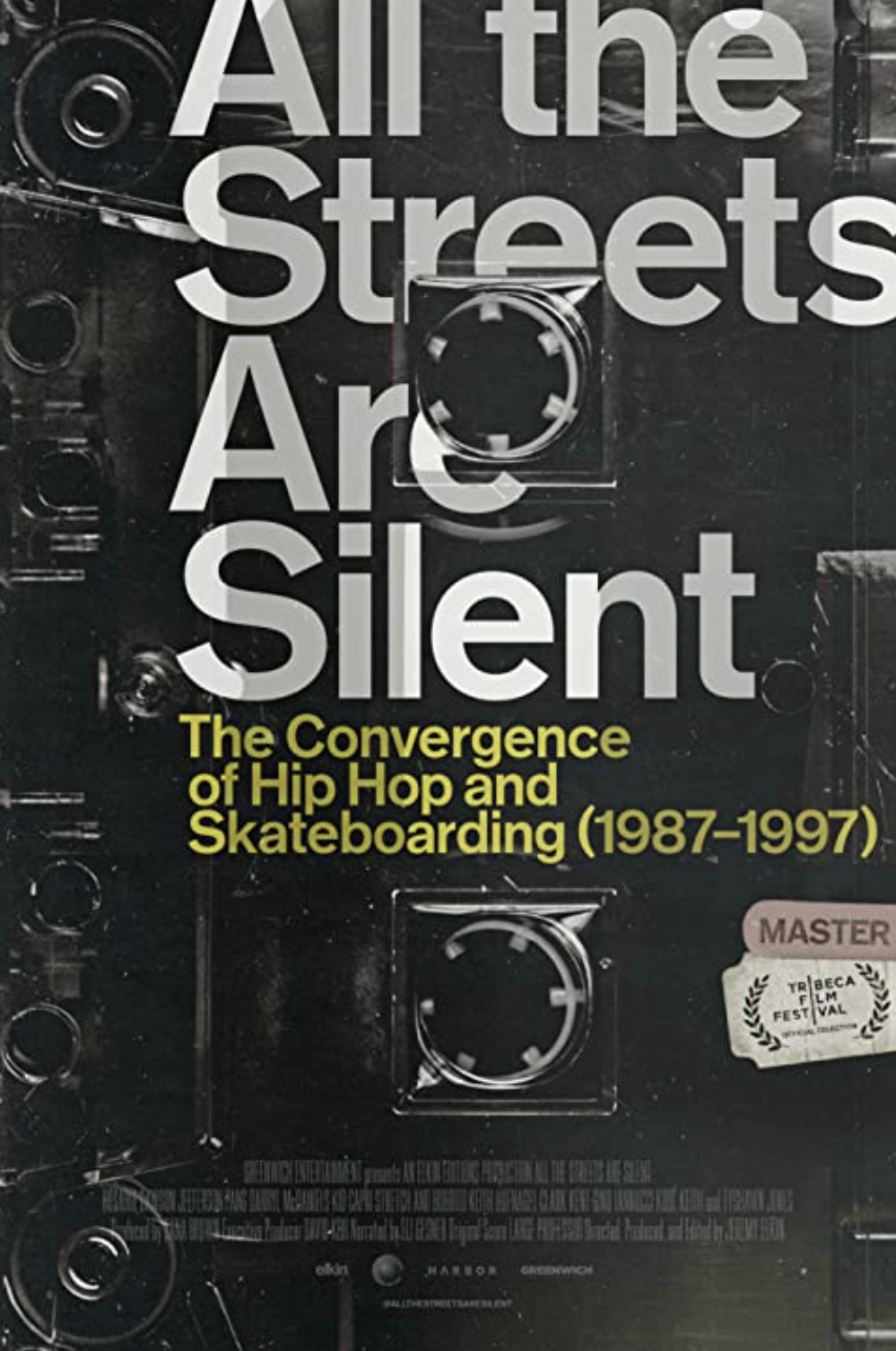 All the Streets Are Silent: The Convergence of Hip Hop and Skateboarding (1987–1997)

Basically: A documentary about how the NYC skate scene collided with hip hop in the late 80s to mid-90s to help birth the streetwear we see today.

As the hip hop and skating scenes grow older and we get more and more nostalgia-based pieces, one thing that hasn’t really been explored is how the two are connected. The east coast side of skating in particular always had a nice mix of hip hop that you didn’t see much from the vert skating pics of sunny California. All the Streets Are Silent: The Convergence of Hip Hop and Skateboarding takes on the task of covering both scenes in the late 80s to mid-90s.

The documentary takes you into the world of lower Manhattan at that time, when a bunch of kids who just wanted to skate got to see things they never thought they would see. It shows how these skaters became part of the culture of a landmark nightclub called Mars, which allowed them to meet members of the growing hip hop scene and future legends. Even an enthusiast of hip hop like myself found a lot of this film enlightening with newfound tidbits of information. Director, co-producer, and editor Jeremy Elkin does a great job telling the story of how these folks and the scene’s history lead to the times we are in today—now, Supreme is a billion-dollar company, streetwear is the de facto style, and skateboarding is mainstream enough to be in the Olympics.

The interviews with members of the scene during this era feel like you’re listening to people talk about their youth even though none of them seem (or are) old. All the Streets Are Silent also tackles a bit of the story of the 1995 film KIDS which, if you remember those times, felt like the only window to that world. The score by legendary hip hop producer Large Professor sets the tone and helps pull you into those times without just relying on needle drops. Speaking of music, this film pairs well with the documentary Stretch and Bobbito: Radio that Changed Lives since part of it intersects with that story from another lens of sorts.

All the Streets Are Silent ends with tales of those who burned bright and are no longer here. It also looks at the spread of streetwear fashion and its effects on the world, which is interesting to see in hindsight. We’ve gone from trying to find brands that were “different” back in the day to now seeing Virgil Abloh become the head designer of Louis Vuitton. The clothes that people said made you look like bums or were too big became the standard. To me, this feels like the point of the documentary and something that Elkin felt that needed to be told—and he did a great job doing it.

In the End: All the Streets Are Silent is a welcome new documentary showing how two cultures are actually very connected and are still impacting our society to this day (and not a fad like many thought they would be).