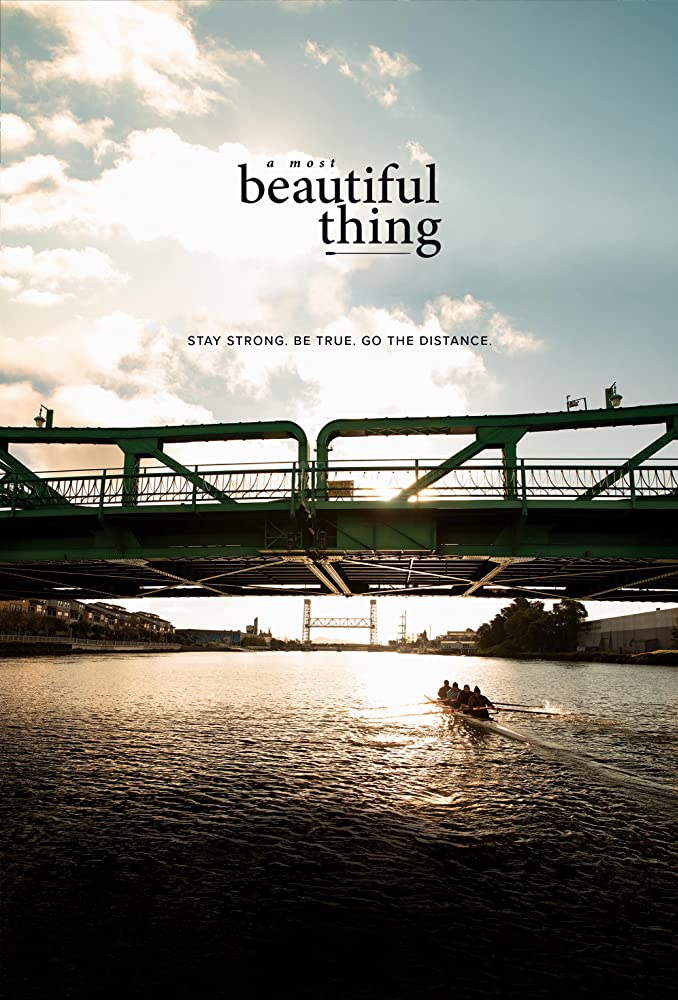 A Most Beautiful Thing

Exhibit A
The original fairy tales weren’t all pumpkin carriages and enchanted shoes. There were prices to be paid by heroes who used magic to transform their worlds. There were dark moments and hardships to overcome.

Exhibit B
I have often wondered how many geniuses—at any given craft—are lost to lack of exposure. How many virtuosos are never introduced to a violin? How many Fields Medal mathematicians are discouraged by sub-basic math classes? It must happen so often that the world feels the weight of those unknown dreams as they sag.

“In the late 1990s…”
Those are the opening words for the new documentary A Most Beautiful Thing. The film was directed and produced by Mary Mazzio; produced by Grant Hill, Dwayne Wade, and 9th Wonder; and is adapted from Suga Water: A Memoir by Arshay Cooper (now retitled to match the film). Much like any great fairy tale it begins with a narrator—someone in the know who sets the scene. That someone is Common. And from his tone and style we know this fairy tale—straight from the Westside of Chicago—is gonna be good (but it won’t be easy). The documentary finds its heroes in a set of teenagers and a boat. The young men are Arshay Cooper, Preston Grandberry, Malcolm Hawkins, Alvin Ross, and Ray “Pookie” Hawkins. They attend Manley High School and are from different parts of what they describe as “a warzone.” The boat, aka their carriage, is a sweep rowing boat—something they’d never seen but would reshape their lives.

Yes, the world was about to be introduced to our first Black-American High School Crew Team. Their story is told in two parts. First, about teens who distrust each other more than the sport, then about 40-year-old men who give ‘it’ another try.

And, as with our favorite folklore, they must fight monstrous crabs (a crew term), ensorcelled mothers [read: drug addiction], and villains inside and surrounding their own homes. Still they overcame. You may not know this but there is an indomitable spirit inside the hearts of Black folks in America. That spirit is infused into every moment of A Most Beautiful Thing. So much goes wrong as this Crew Team strives for a dream that at any other moment in time they never would’ve known. There are detours and they lose comrades along the way, but they persist and because they are indomitable, eventually, each of them finds their own form of victory. I hurt for them, I cried, but ultimately I cheered. This film, this journey is so important. It’s the heart of Black folks we seldom get to see. It is the heroism of reaching beyond survival for a bit of magic, for the healing calm of the water, and comrades on the same journey who help you see it through.

An hour in I emailed Chaz Ebert, CEO of several Ebert enterprises, who had been gracious enough to invite me with a screening link. I said: I’m an hour into the doc and I am in tears but I’m also feeling so much joy. Thank you for sharing this film.

Around that same moment the poem “Still I Rise” by Maya Angelou appeared inside my mind, almost as a chant, and I knew I understood the message in the story when that same poem became a central point in the documentary. I felt the starbound elevation and I meant what I wrote to Chaz. It is also my joy to pay it forward, to tell you to see A Most Beautiful Thing. While it has the heart of a fairy tale it isn’t really one: It’s a dream realized, American folklore that is alive, because the Manley Crew Team never would’ve known what magic they could create with a boat until they were introduced to one…

…but Black folks have always found a way to make magic in this land.

“Leaving behind nights of terror and fear
I rise
Into a daybreak that’s wondrously clear
I rise
Bringing the gifts that my ancestors gave,
I am the dream and the hope of the slave.
I rise
I rise
I rise.”

A Most Beautiful Thing is currently available on Xfinity on demand, then starting September 1 will be available on Peacock (NBC’s new streaming platform).