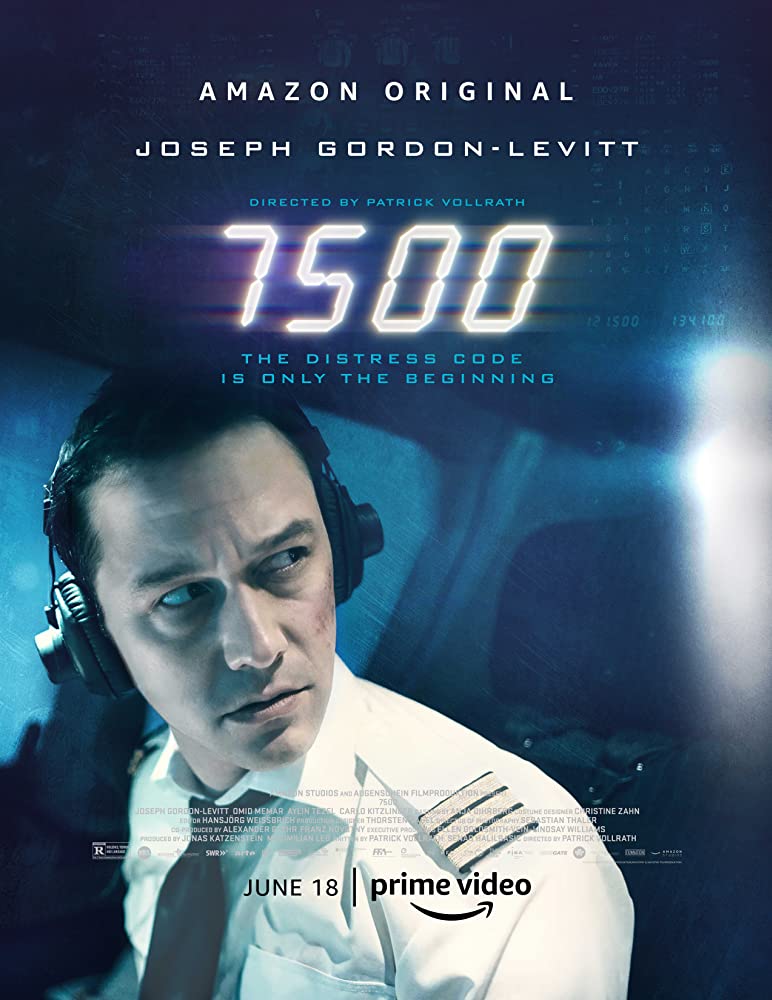 Basically: It feels United 93 inspired but focuses on a hijacking from the pilot’s POV.

This is a film that looks very interesting, like a good suspense film. You’ve got Joseph Gordon-Levitt as Tobias Ellis, a co-pilot on a flight from Berlin to Paris. In the set-up the film takes care to show the boringness of the airport, foreshadowing the characters but also showing the monotony of preparing for a flight. You get to see some decent little character building with Tobias’ flight attendant girlfriend who’s also working the flight. 7500 does a great job building up that tension here, Tobias is a boring nice guy with a direct connection to the passengers.

Then we get the real start, as soon as the plane is in the air,  terrorists hijack it. They enter the cockpit and not only is the lead pilot fatally injured, our protagonist Tobias gets an injured arm as he closes the cockpit door and subdues one of the terrorists. From here, the film focuses the whole plot on a survival suspense feel. Tobias tries to work with the terrorists, so they don’t kill anyone, while he also works with air traffic control on a solution.

JGL is very good in his performance here. You believe he’s this character, in this situation, and it goes to some places you wouldn’t expect. The film feels like it could work on the stage with everything happening in the cockpit or on the little monitor inside the cockpit that shows the passenger cabin. Tobias having the only real interaction with the terrorists helps you not get confused or lost. That’s great. Now, on to what I feel is lazy about this film. In 2020 do we really need another movie with Muslim terrorists hijacking a plane? Once these tropes were made apparent I instantly became less interested in what I was watching. For a bit, the main terrorist is some type of aggressive non-descript german-speaking white dude but once it’s revealed that the main two are a pair of Muslim brothers and you hear “Allahu akbar”—when the plan is to crash a plane into something—I’m like, really? This is what we’re doing? Is this needed?

7500 never really gives a distinct purpose for the plot. At a certain point, it’s about the relationship between Tobias and talking down the younger of the terrorist brothers, Vedat (Omid Memar). Of course, the filmmakers start dealing with trust and…whatever…whatever…but you know how this ends. The movies of the 90s and early 2000s were full of these stereotypes. So, for all the good this movie did with an interesting POV and setting, they threw those things out of the window with these old tired tropes.

In the End: Great performances and interesting direction are hampered by falling back on tired stereotypes that we should be past.