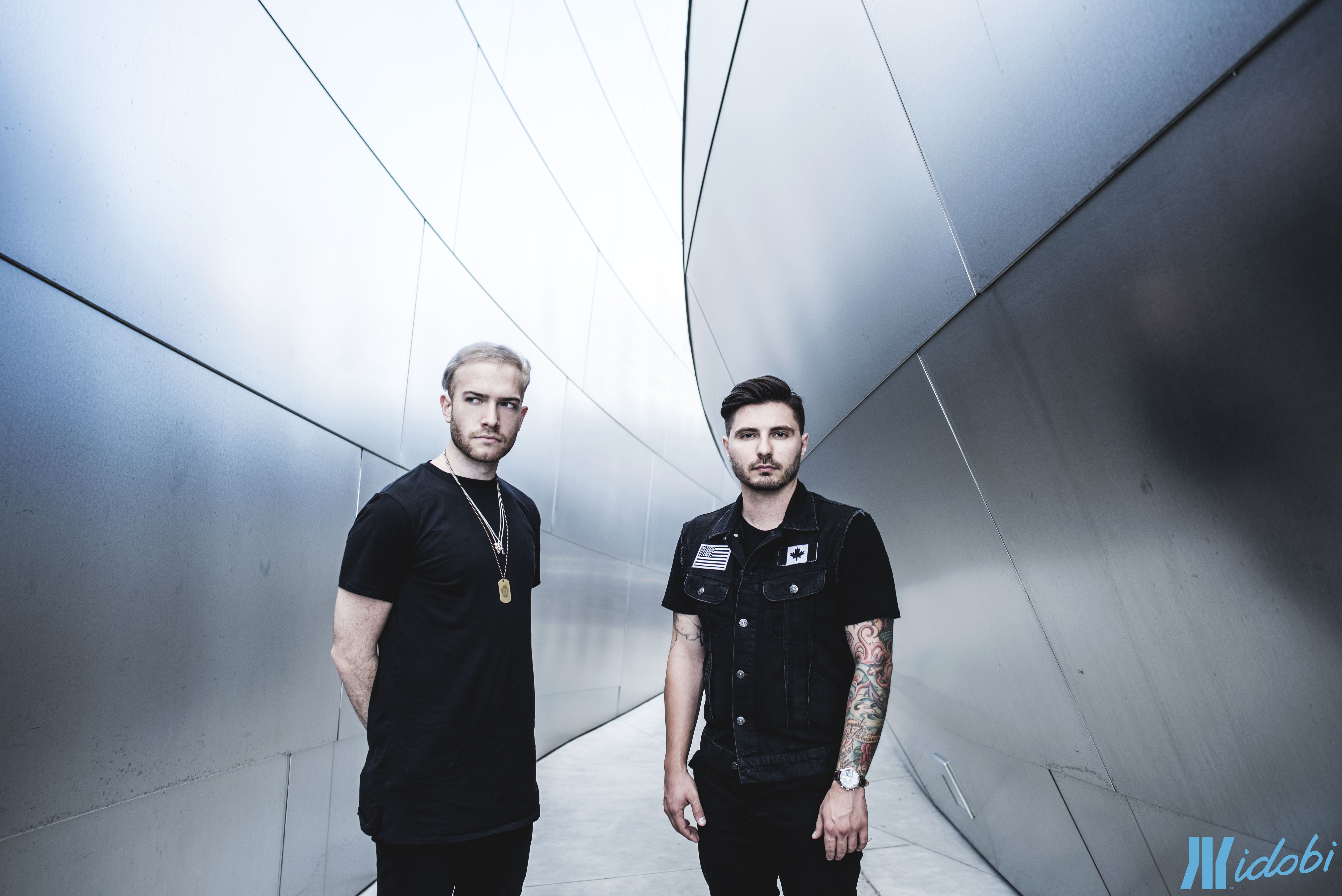 Sometimes we forget that musicians are human beings too. They face opportunity costs and make sacrifices just like the rest of us. But what we see on the outside is their “cool factor” and the polished product on social media. The public rarely gets to see the blood, sweat, and tears that a band puts in on a daily basis. I flew out to Los Angeles to spend a few days with Brian Staples and Robert Parks of LA rock band Lost Sons, as they prepared to play their first show in over a year. We caught up about how they want to leave an impact on the music industry, the sacrifices they’ve had to make to pursue this project, and the future of Lost Sons. 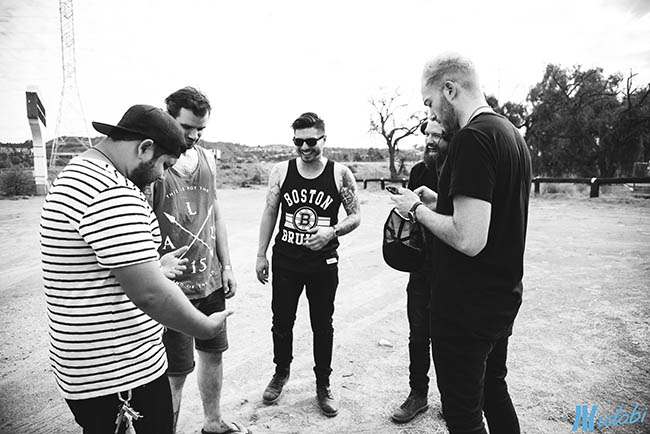 I hopped off the plane at LAX with my duffle and phone in hand prepared to call Rob about how lost I was. After a few details he knew exactly where to find me. Soon enough we were on our way to hang out with Brian at their apartment but not before we sat through an hour and a half of LA traffic. I had not seen either of them in about four years so I was excited to hear more about what they were doing with Lost Sons. After grabbing some burritos we chatted about the show in Pico Rivera we’d be heading to that coming weekend. “We haven’t played a show in about a year and a half,” Rob mentioned. When I asked what led to the big break, the two said the same thing. Aside from working 9-5’s and having to put creative goals on the back burner for a bit, the main obstacle was people leaving; they’ve had people quit to join other bands or just drop off the face of the Earth. It made playing shows, putting out material, and practicing difficult since they didn’t have a team to support them. The result was Lost Sons going silent for over a year and shifting focus towards their day jobs. This long of a break can make people go stir crazy as a creative; Brian has remedied this by playing with other people as well as writing more. Despite having to search for members to join their team the past year this, they have found an all star crew that works seamlessly together. This includes drummer Marvin Marroquin, bassist Nick Dewar, sound engineer Taylor Gillum, videographer Josh Reynolds, and merch man Scott Randall. Each person has played an important role in getting Lost Sons on the right track, from Taylor who makes them sound the best they can be during their set to Scott who holds it down at the merch table so the band can focus on playing the show. 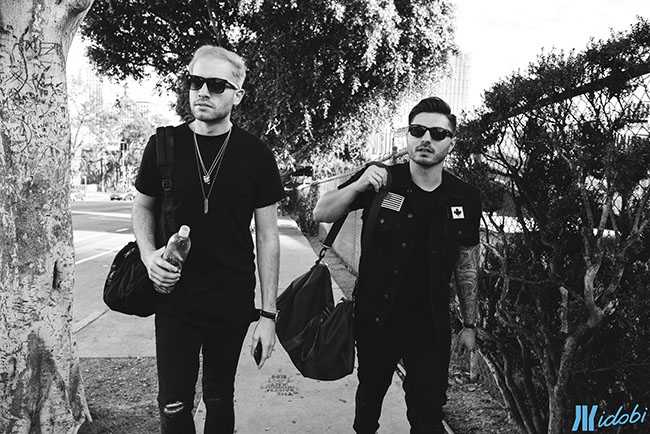 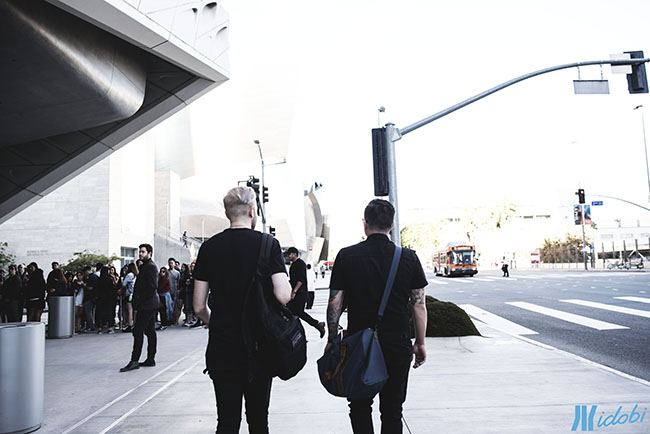 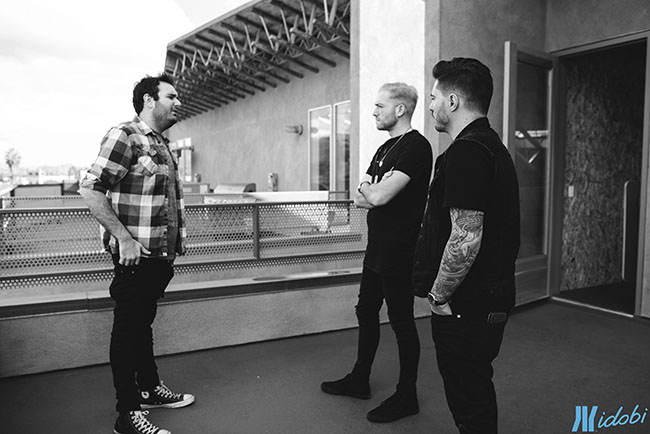 Brian, Rob, and I woke up early the next morning to explore Los Angeles and shoot some photos. When we had some downtime, I listened to Rob rattle off a list of tasks they still had to do before their big show the following day which included cutting their stickers, putting together their CD packages, designing a poster, and sending it to Staples to be printed. This was just what was left after my arrival; I asked what they had worked on leading up to this show and it ranged from practicing til 1am to brainstorming what they wanted their aesthetic to be. The amount of thought and action the two have put into the re-ignition of Lost Sons encompasses much more than writing songs to put out on the interwebs. They’ve sacrificed spending time with their friends and family, moved to the completely opposite side of the country to pursue their dreams, put out a music video, and hand picked a group of people to help execute their vision. There’s so much that goes on behind-the-scenes with a band that we don’t see, from the days that are too anxiety ridden for them to function, to the 12am nights spent at the gym in an effort to keep in shape so they can keep up with this lifestyle. From the outside looking in we only see how cool it appears to be a rockstar who plays shows all the time. 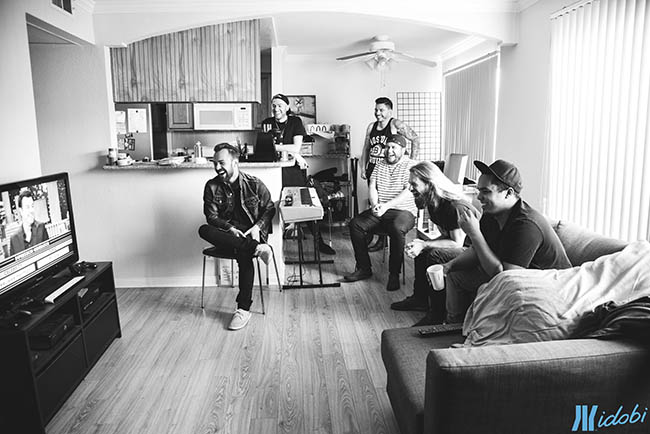 It wasn’t until we all sat down to watch some Saturday Night Live skits that I realized how in sync Lost Sons are. Everyone laughed at the same parts in unison. This wasn’t the only indicator that the Lost Sons team gel like none other. Everyone met up at Rob and Brian’s apartment in the morning before we headed to Pico Rivera for Blackthorne Screamfest. Our van ride to the show was filled with group sing alongs to The Killers, Paramore, and Fall Out Boy. But the best part about the trip was how everyone harmonized with each other. It showed how well they complimented one another. The rest of the night moved so fluidly that I found it hard to believe it was reality. Nobody ran around frantically looking for another person or their equipment. Everyone knew exactly what their roles were. Their progressive rock sounds flowed through the festival grounds and their set when on without a hitch.

“Some days are easier than the rest but I do struggle with it. I’ve had many close friends battle it, some have lost that battle, and I wish I could have done more to help them win that battle.” 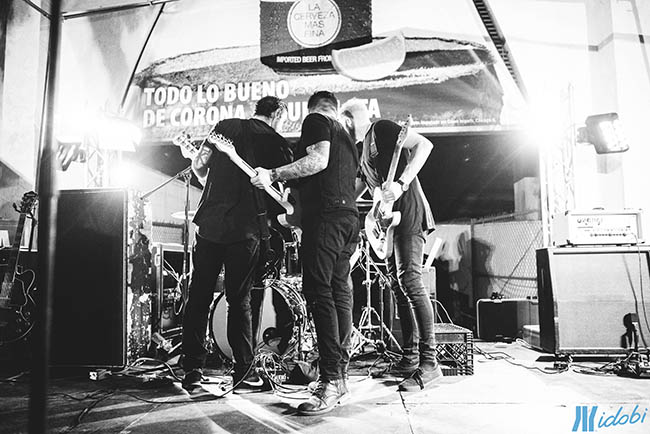 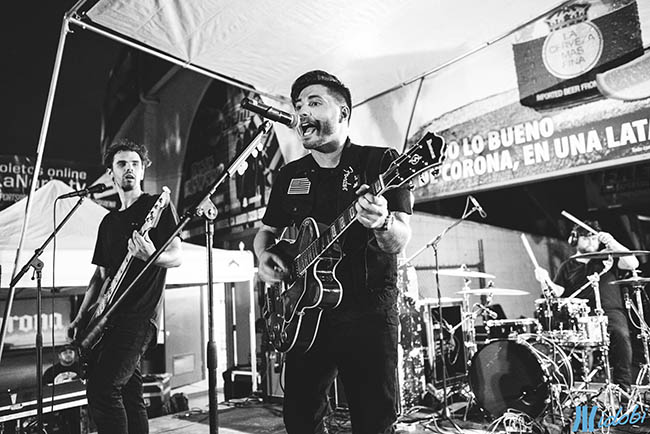 It’s evident Lost Sons are on their way to making a name for themselves, but it’s what they have accomplished outside of creatively driven goals that proves they are a force to be reckoned with.  Rob mentioned they want to get involved in more opportunities that make a positive impact on others. Later, when we grabbed a moment to chat, he elaborated on what he meant. “’I’ve been looking into different non-profit groups that I, or the the band, could find ways to donate our time or any way to help out anyone seeking some sort of musical therapy outlet,” Rob explained. 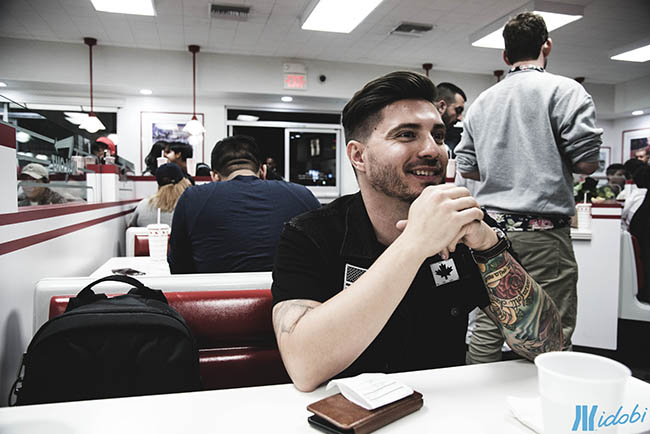 Although it may be difficult to find time to be an active part in the community, they’ve been giving back since they were in college. Lost Sons has not only contributed a song to the Covers 4 A Cure compilation that raised money for breast cancer research but Rob specifically has been involved with numerous organizations. In college he played various charity shows acoustically and more recently he helped out with #HashtagLunchBag where he and his group packed over 1500 lunches for those in need on Thanksgiving. One particular cause that Rob feels strongly about is raising awareness for mental health and depression. In addition to facing his own struggle with his mental health, Rob mentioned, “Some days are easier than the rest but I do struggle with it. I’ve had many close friends battle it, some have lost that battle, and I wish I could have done more to help them win that battle.” It is because of this that Rob is a big advocate for this country’s policies on supplying aid to those who need it. “Depression is an illness, not something you just ‘get over’,” Rob added. Whether it is contributing to a non-profit or creating music that touches somebody, Brian and Rob are striving to be more than a rock band from LA. We often get lost in doing what is best for ourselves but these two have kept in mind the difference they can make in the lives of others.

“Depression is an illness, not something you just ‘get over’.” 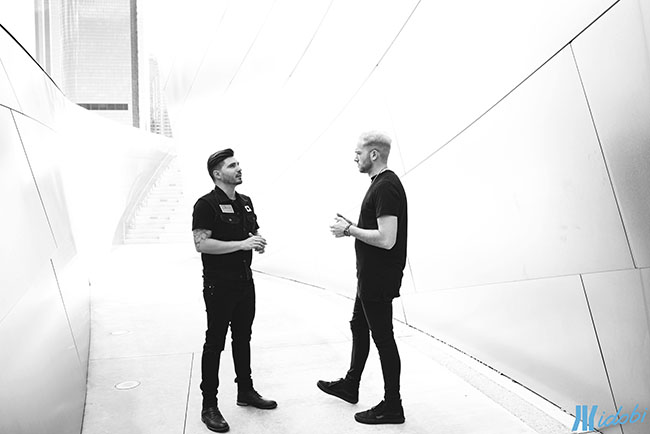 After my three days with Lost Sons, I left feeling inspired by Brian and Rob because of all they have already done and what they aspire to achieve. Lost Sons serves as a reminder that hours of work go into the music, merchandise, and image bands showcase, even though we may not see it from the audience. My time with the two of them also made me realize that no matter how great things may seem, nobody is invincible, not even the bands you see on stage. 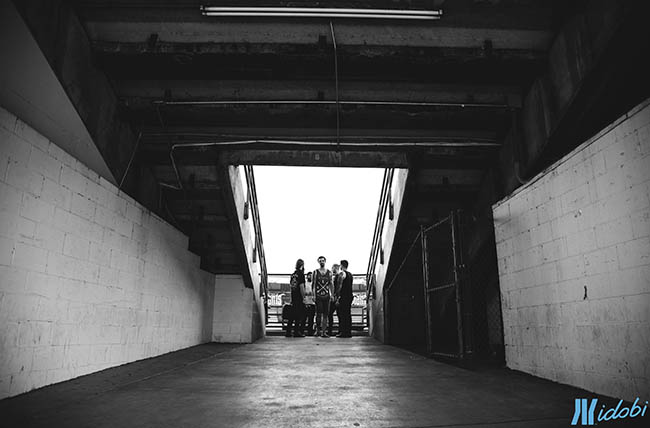 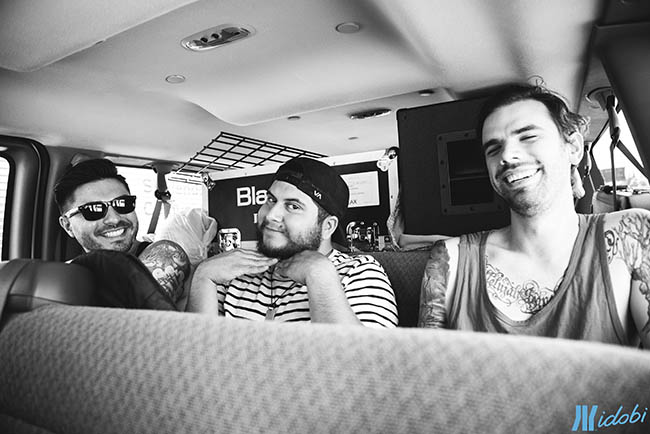 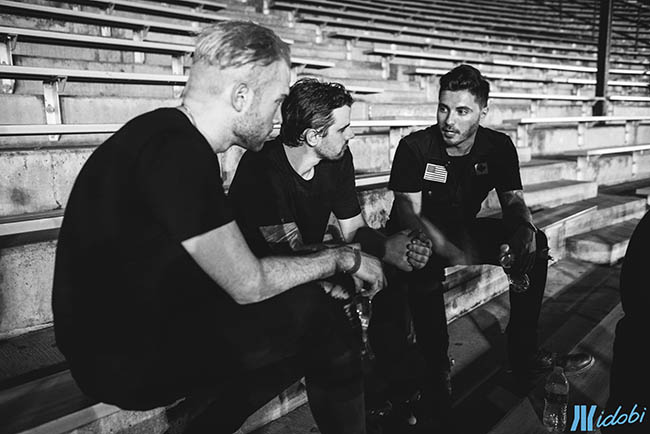 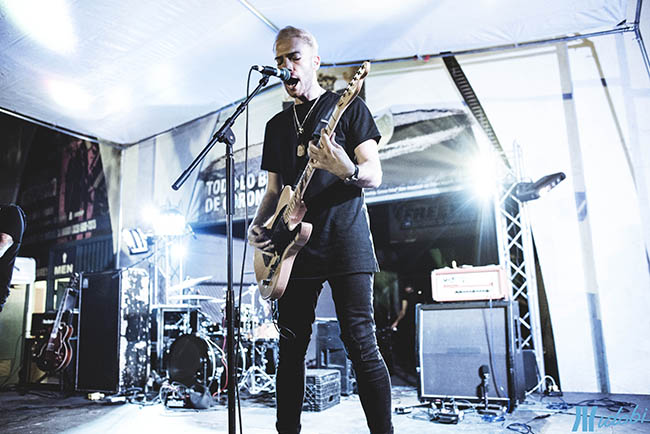 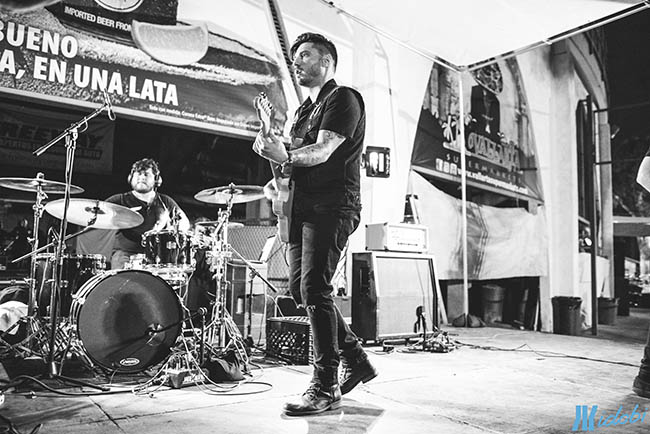 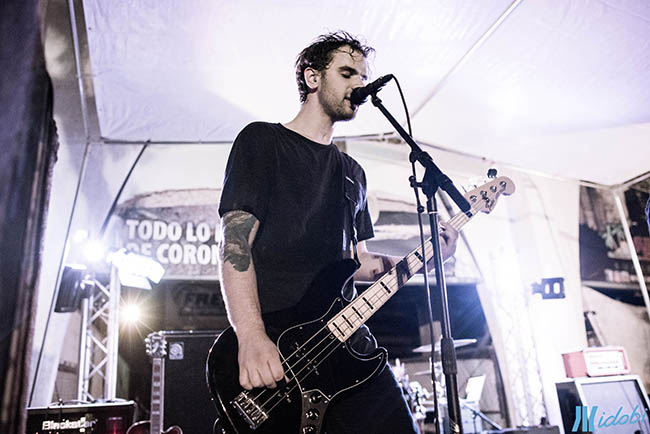 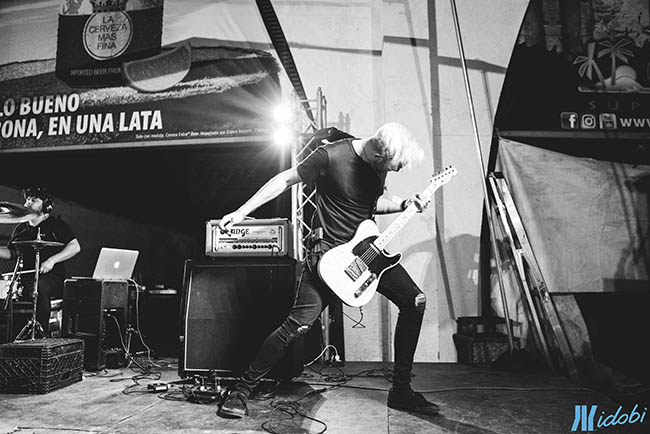 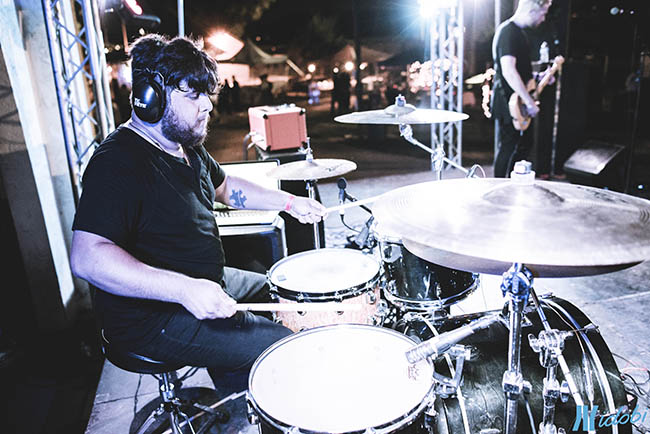 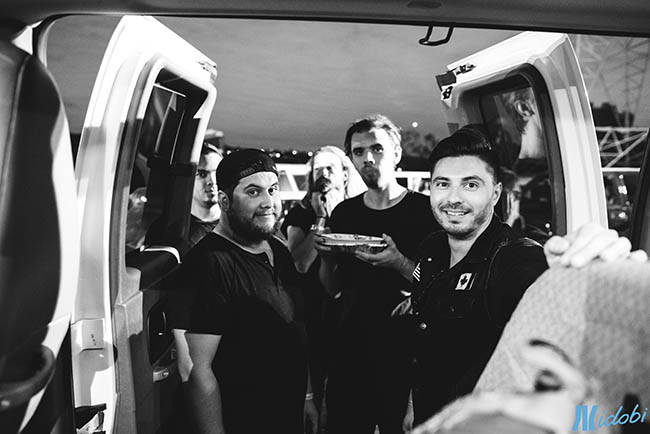