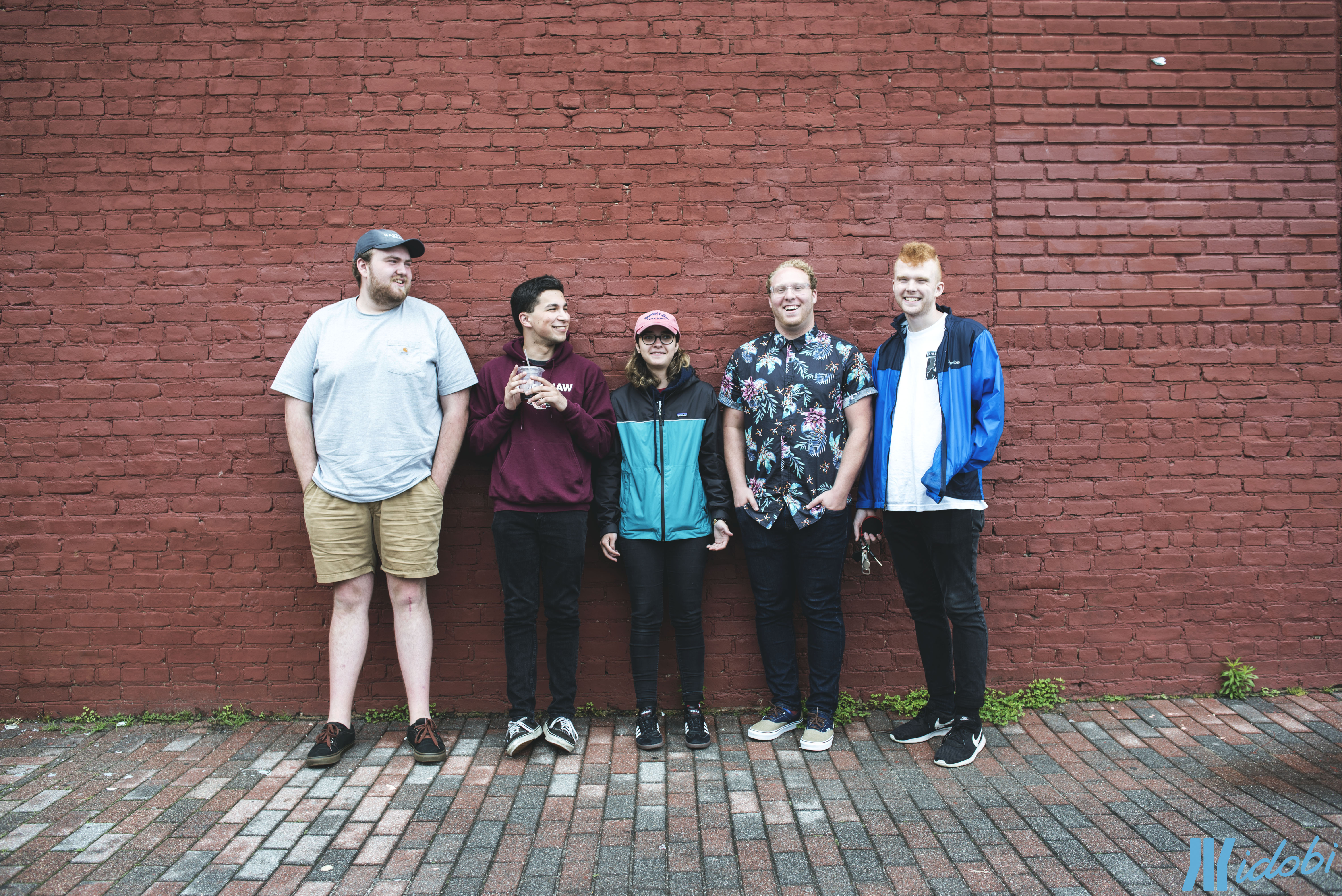 Thriving as a young band from Long Island can be a difficult task to accomplish—especially while pursuing a degree in college. Not to mention, getting noticed in the sea of artists only adds to the challenge. Despite these factors, Macseal—made up of Francesca Impastato [drums], Ryan Bartlett [vocals & guitar], Justin Canavaciol [bass], Cole Szilagyi [guitar & vocals], and Greg Feltman [guitar & vocals]—have used their effervescent attitudes to continue forging their path. I caught up with the band at their hometown show on Long Island during their first ever tour to chat about how they’ve managed to make living in two different states work, how they turned negative experiences into productivity, and their individual roles in the success of Macseal. 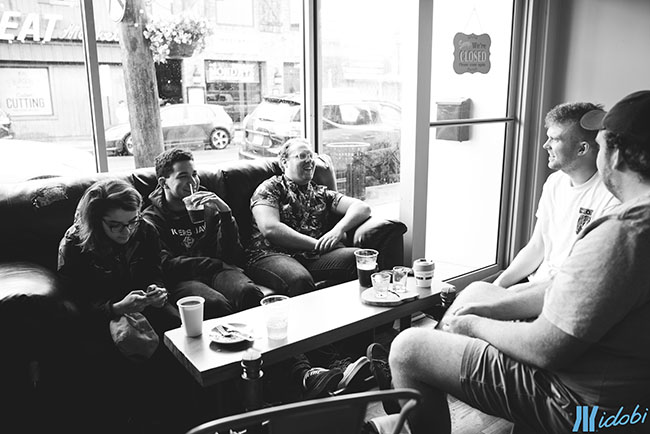 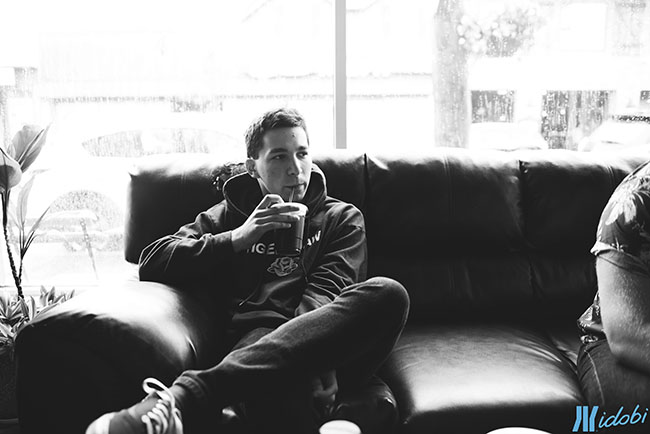 On a rainy afternoon at Flux Coffee I met up with Macseal before their headlining show at Amityville Music Hall. Even with the inclement weather and some last minute errands, everyone was in good spirits. As we sat down with our beverages (mostly coffee, I was the only one that got an iced tea), we talked about the end of their semesters and how they were doing so far on tour. Although the overall consensus about finals was a stressful sigh of relief, the mood brightened once we moved onto the tour. Tonight’s hometown date made it particularly special so the band decided to make a custom playlist to play between sets. The suggestions ranged from Harry Styles to Earth Wind and Fire—the broad range of music wasn’t what you would hear playing at Emo Night and that was exactly what Macseal wanted. “We don’t want this to be your typical playlist with all these emo songs,” Cole explained. 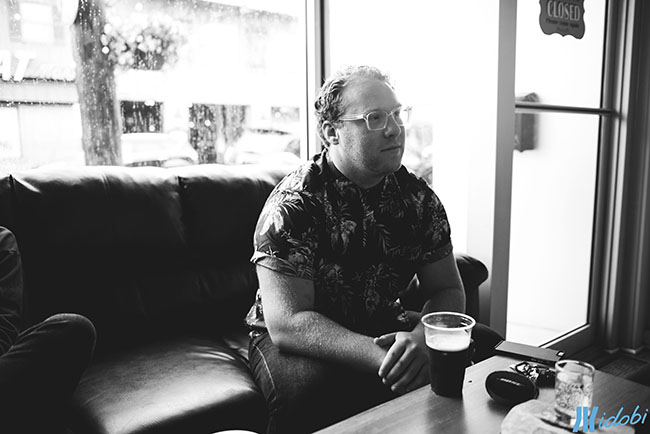 Once they got their Spotify playlist squared away we got to chatting about how they’ve managed to work around their distance. With each of them in different cities and states at school for the better part of the year, it can be difficult to make time to talk with your bandmates. “Constant communication” was the remedy they all concluded. Cole and Francesca both attend Berklee College of Music in Boston which has also made it easier for them to create and bounce ideas off each other before taking it to the rest of the band. 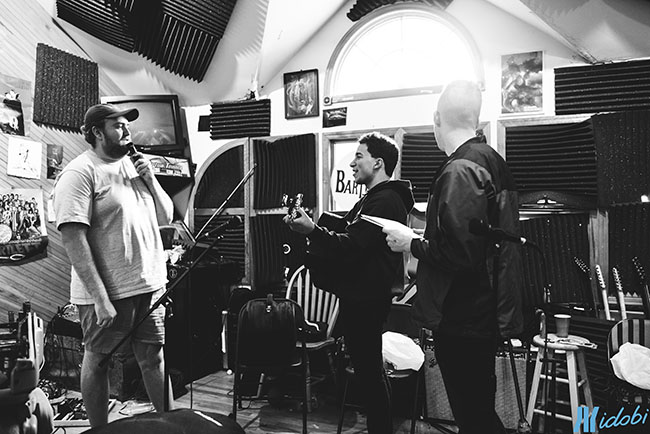 Aside from different schools, they mentioned coming across copious other little issues, including checking into hotels and van insurance, before joking, “Well Cole has gray hair.” Jokes aside, breaking away from their parents and not being naive about their careers are two of the big points that came up. Although it can be hard for parents to let their kids run off to tour in their mini van, Cole told me all their parents have been super supportive. When it comes to Macseal’s music career, a difficult part of the band’s learning curve is not being so anxious, especially with showing up to shows way earlier than needed. They know to keep good company and have taken cues on bettering their craft from bands like Oso Oso, and they’ve learned how the pros get things done in the studio from their producer Bradley Cordaro. 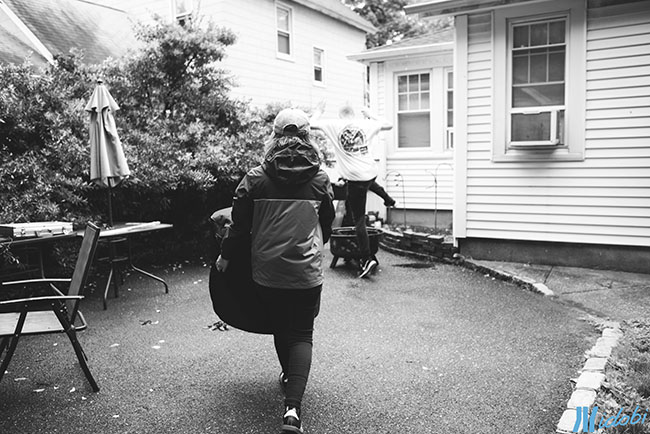 “It’s important to be visible”

The day progressed quickly and load-in came and went like a breeze. Before showtime we all headed to the pizzeria across the street to grab a slice. As we sat down I started chatting with Francesca about sexism in the industry and her role as a member of the LGBTQ community. “Somebody thought I was a girlfriend of somebody in the band,” she told me as we shared our similar experiences. One particular comment that really grinds Francesca’s gears is, “you’re pretty good for a girl drummer.” To which she exclaimed to me, “What does that mean? It doesn’t tell me if I’m good or not!” 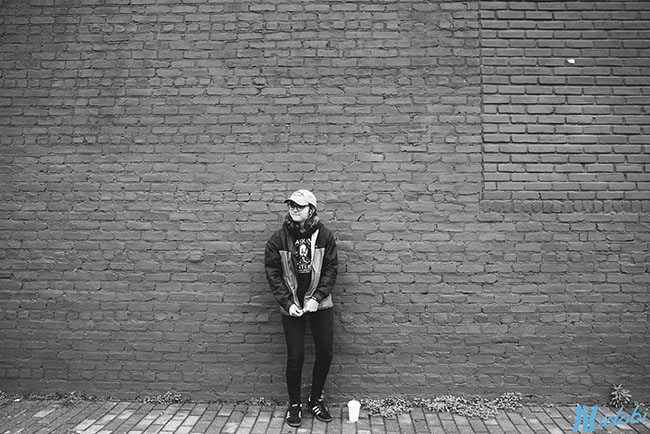 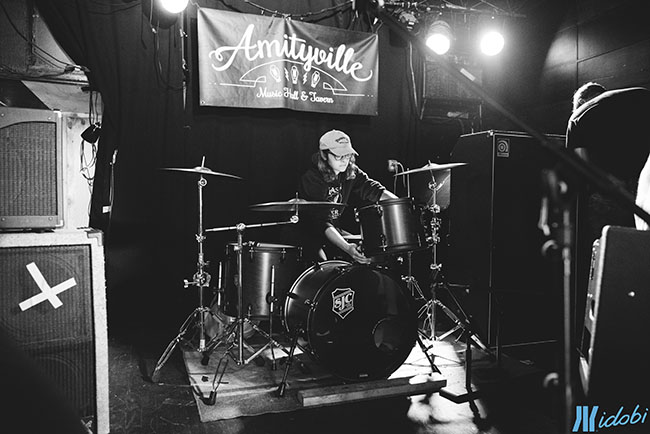 Moving onto her time in music and experiences within the queer community, Francesca says she is inspired by artists like Tegan & Sara. She recalls a conversation she had with her mom about the duo when she was younger. “My mom didn’t believe the world was ready for two queer women,” Francesca shared. “It was discouraging to hear,” she added. However, as Tegan & Sara gained notoriety, they became a source of inspiration for Francesca when faced with adversity. “It’s important to be visible,” she said to me. Francesca then went on to talk about a scary experience she had while attending the Boston Pride Parade. While at the event, she and her friends were struck due to an act of homophobic violence leaving them injured. This terrifying experience hasn’t stopped her but instead she has used it to be more vocal. “Don’t let people scare you,” she told me in an empowering tone. Francesca may be a fresh face in the scene but she is already making waves by turning a negative experience into productivity and encouraging others to do the same. 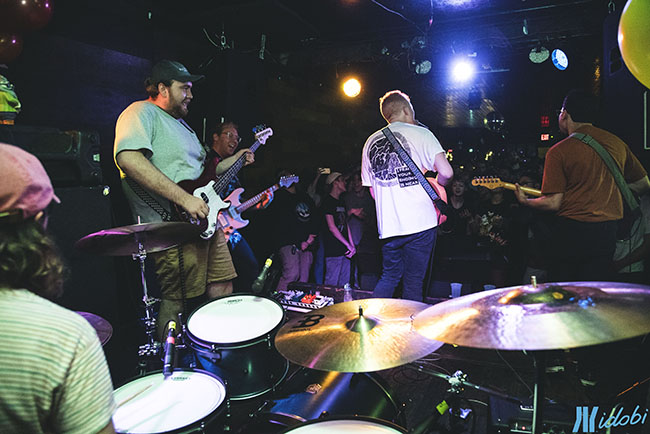 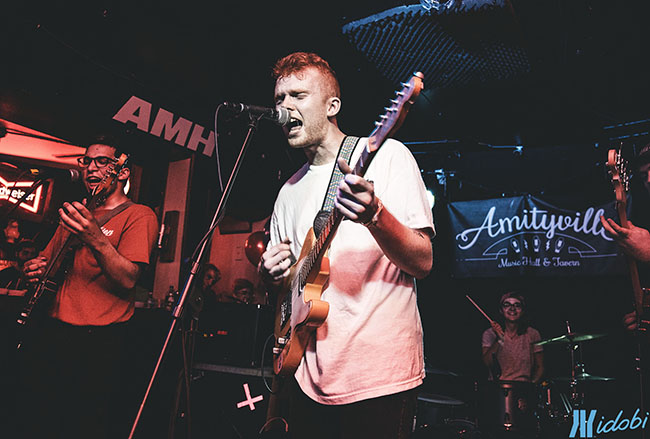 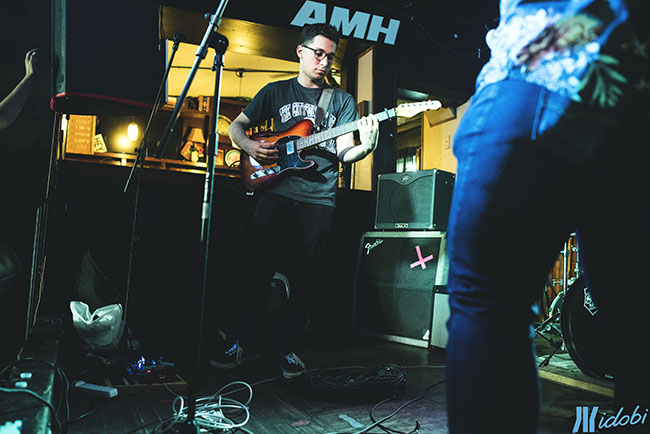 As showtime neared we wrapped up our conversation in the pizzeria and ran across the street to Amityville Music Hall just as the first band was about to go on. Once inside everyone dispersed until it was time to play. In a matter of minutes Macseal took the stage with a vivacious crowd to accompany them. The crowd interaction reflected how Macseal resonated with each and every member of the audience. Whether it was friends and family who were long time supporters or fans who found them through shows on Long Island, you could see each one of them singing the lyrics back to Macseal. It was incredible to experience the raw energy in the room. After they concluded their set and packed up, we went out back to celebrate a successful hometown show with cake. 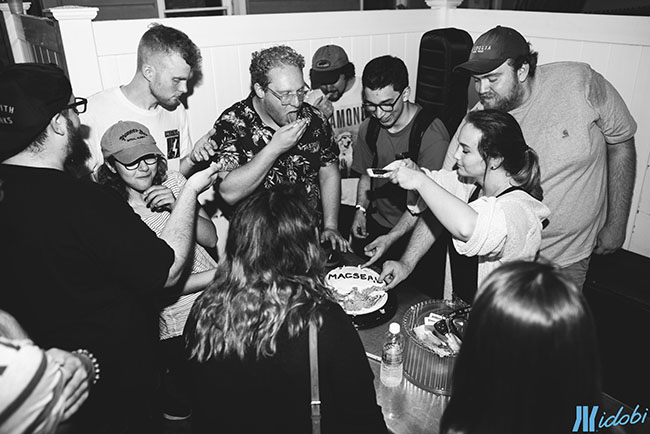 As we gathered around it became clear that Macseal are not only great at keeping their composure but they also remember to be young adults that know how to have fun. While everyone got a slice of cake, they were approached by fans for their signatures. It was strange yet fulfilling to watch friends signing autographs; humbling to see they have already made such an impact this early in their careers. The road ahead for Macseal is a bright one. With their hard work, open minds, and positive attitudes they are sure to take the Long Island scene and beyond by storm. 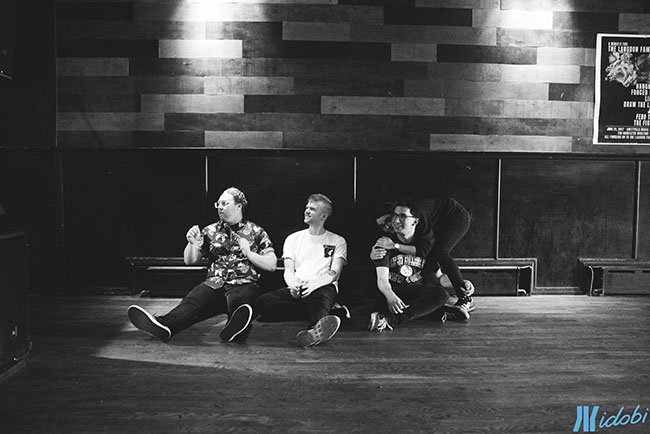 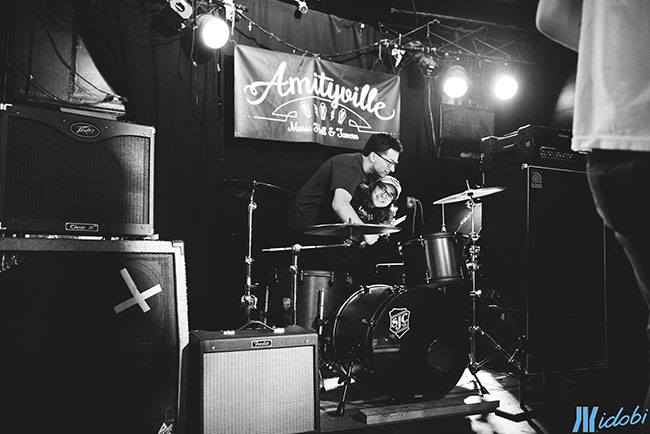 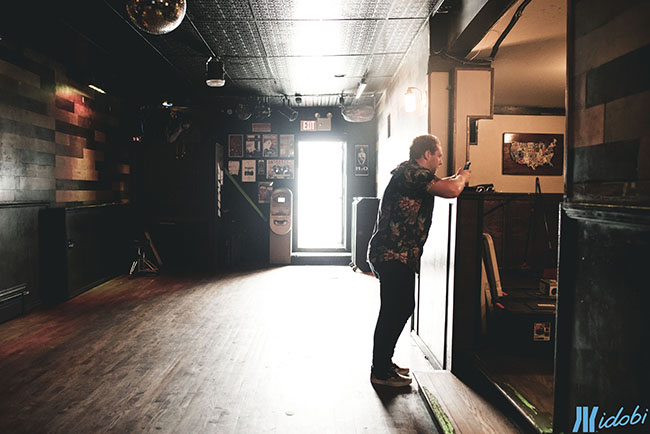 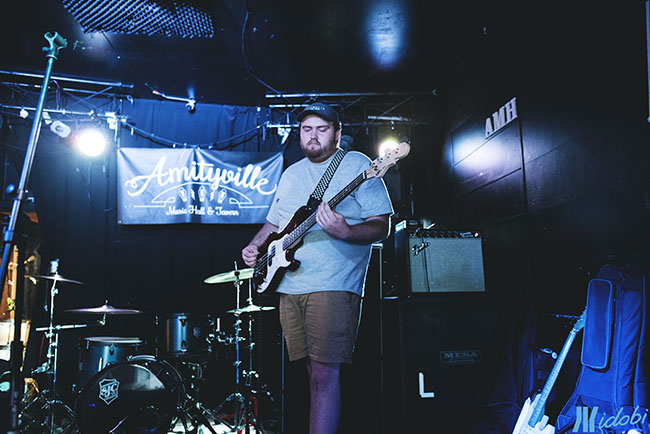 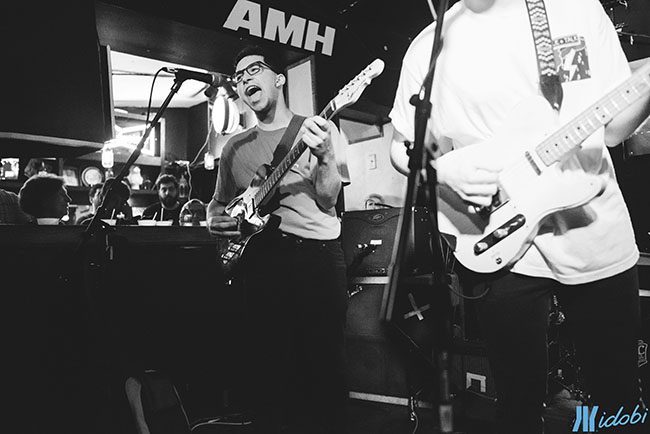 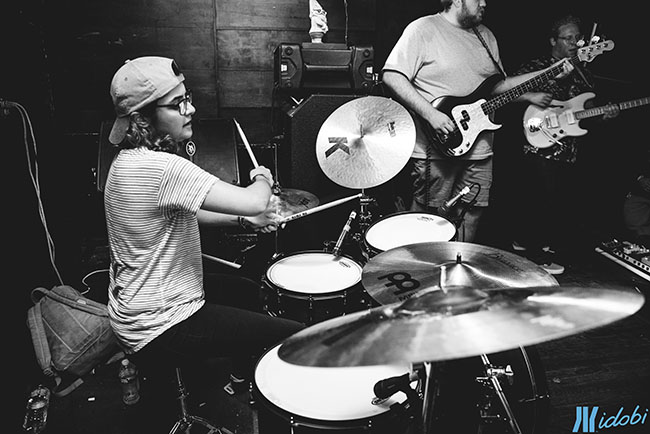 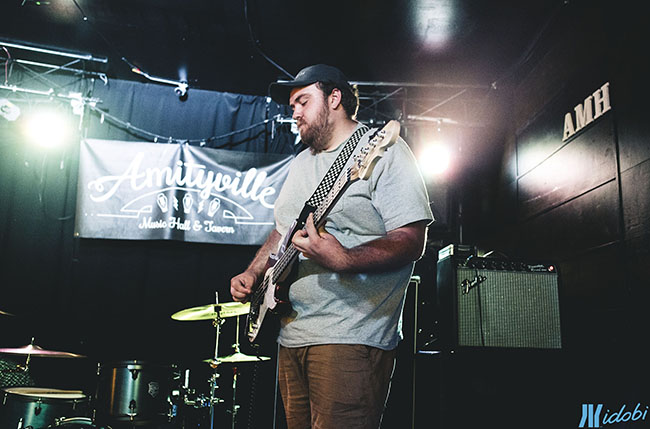 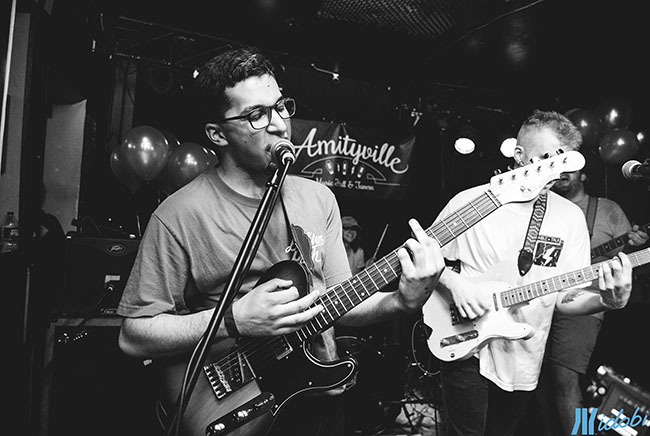 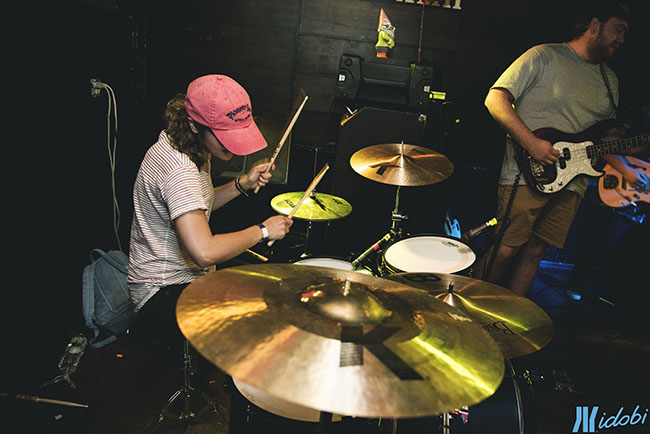 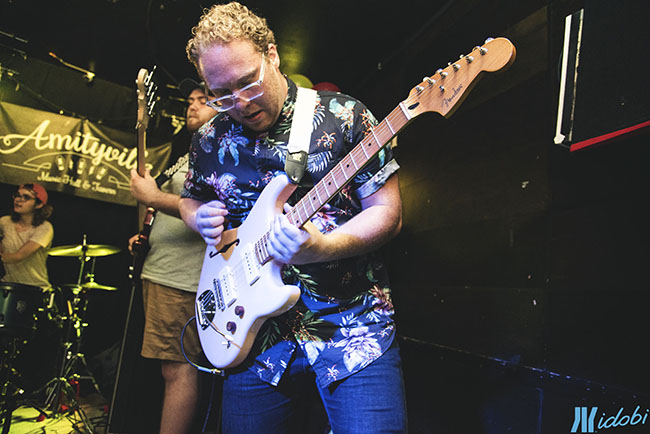 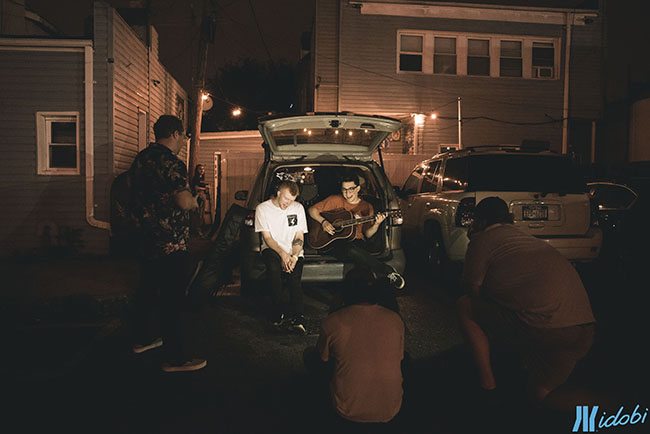 Tags: day in the life, Macseal