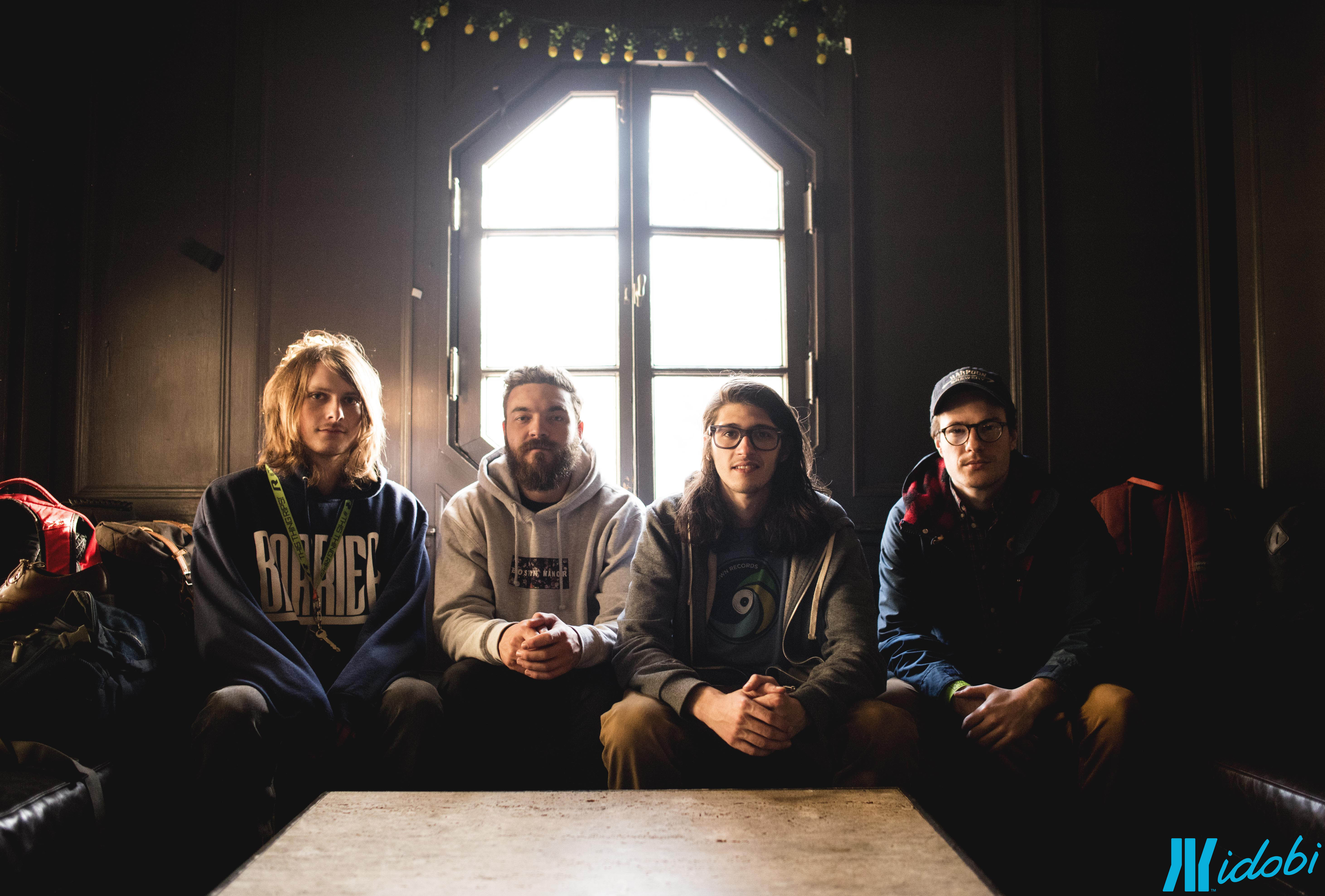 Making the transition from playing DIY shows in basements to some of New York’s most iconic club venues isn’t easy, yet Naugatuck natives A Will Away—Matt Carlson, Johnny McSweeney, Sean Dibble, and Collin Waldron—have seamlessly made the leap. I caught up with the band when they rolled through NYC to chat with them about the struggle of maintaining a brand vs. band, what they would change about the come up, and what keeps them motivated to keep driving forward. 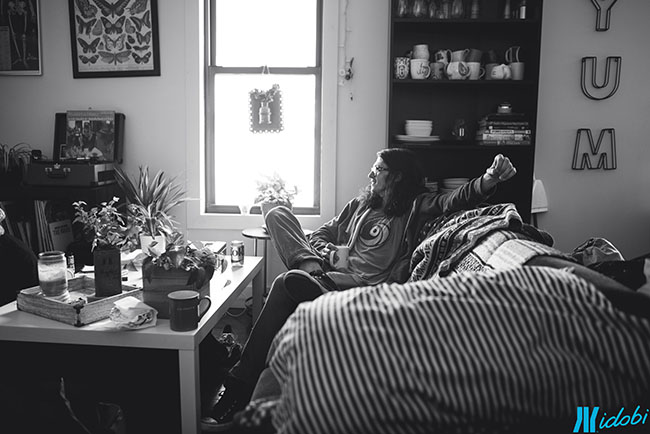 My day with A Will Away started in Brooklyn with some breakfast sandwiches and mimosas. When I arrived I was greeted by their tour manager Josh who was smoking a cigarette outside of the apartment building they were staying at. Once upstairs, the grinning faces of A Will Away and their friends welcomed me. We had some time to kill before braving the traffic of downtown Manhattan so everyone indulged in conversation along with our breakfast and champagne. 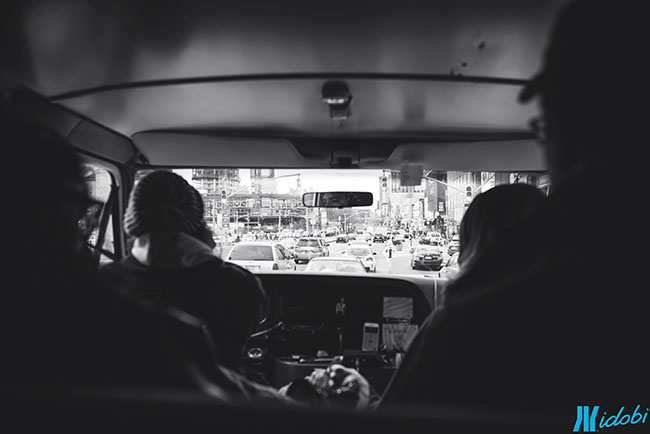 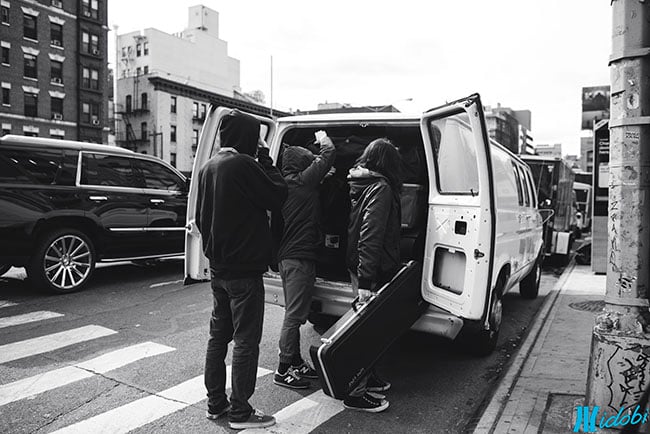 After some arguing about who would drive, everyone jokingly agreed that I should be the one to take us to the venue. I agreed and sarcastically said, “yeah sounds good, I do this all the time.” Once we got to Bowery Ballroom and loaded in, we finally had a minute to sit down and catch up about their debut full length, Here Again, and how tour was treating them. Their overall consensus was that everything had been going well, and although they had hit the hump in the tour, everyone was still in good spirits. That’s when we dove deeper into being a band on the come up, and how to transition from being DIY to touring nationally. 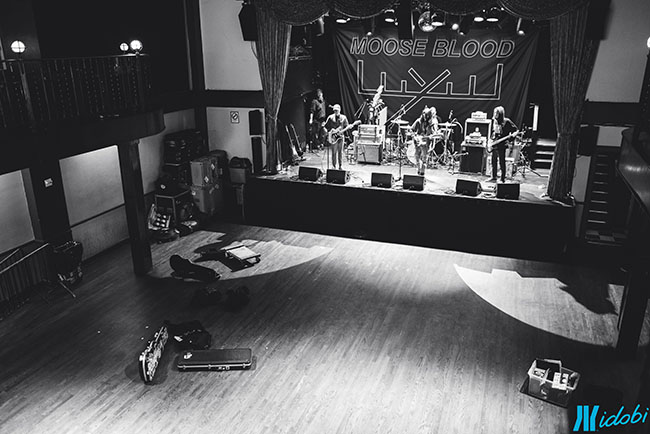 After seeing them over a year ago, I couldn’t stop thinking about something Matt said to me about the music industry. We had discussed how artists get popular and that often people don’t pick the music they listen to; songs are fed to them. The commercialization of music has made the barriers to entry higher for smaller artists. There are a lot of artists that I’ve come to like because their material was put in front of me by mass media instead of by word of mouth or because I discovered them at a show. As a band that has worked their way up the industry to where they are now, I had to ask if there was something about the come up that they would change. While they all agreed that they wouldn’t necessarily change anything about the come up, they did believe that there are ways to make the barriers to entry easier for smaller artists trying to break out. “Bigger bands that are good need to take out [on tour] other smaller talented bands based on merit,” Matt explained as we discussed how a lot of tours are comprised of the same circle of bands. It’s no secret that touring with your friends makes for a good time, but taking a risk on a new band, that is trying to break into the industry, could not only change their lives but help fans find their new favorite artist. This sentiment brought me back to when I used to promote bands on Myspace because I thought they were good, not because they were what the status quo liked. 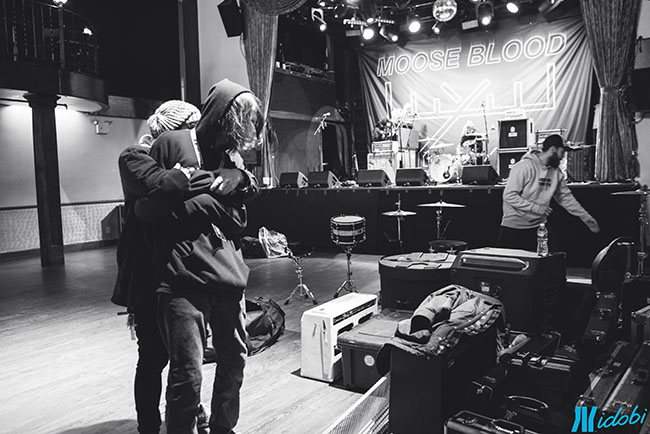 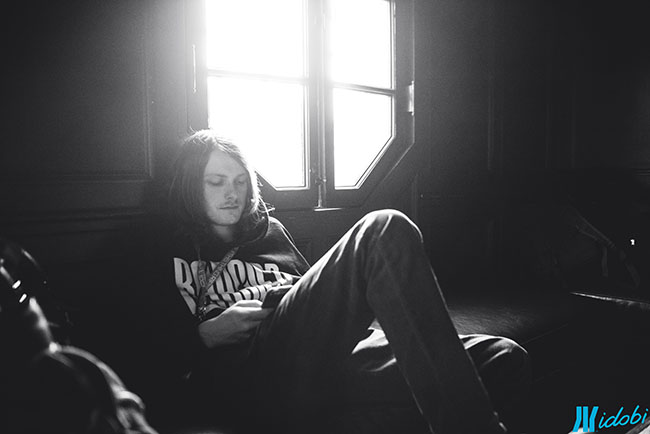 As our discussion progressed, the topic of band vs. brand came up. The struggle to maintain a brand but not lose sight of being a band first is certainly difficult. For A Will Away, their recent record has organically transcended into the start of a brand. You can see Here Again’s theme carried throughout their album as well as across their social media pages and with each band member when you talk to them. When asked for their thoughts on their own brand, Matt said, “We show up to play a rock show, not to be flawless.” A Will Away’s mentality and honesty is not only what has contributed to their success but is what will take them above and beyond in this industry. 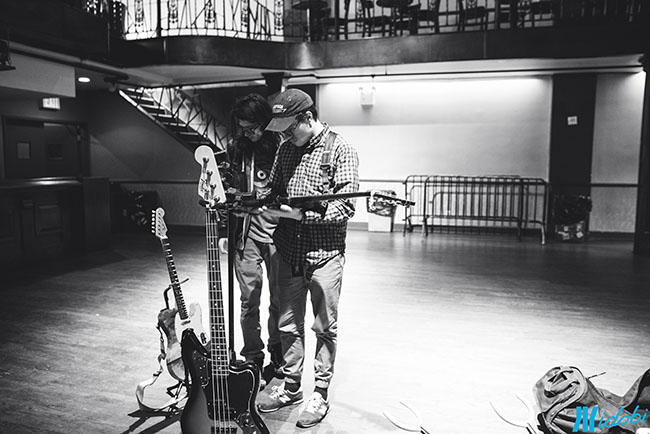 We took a break before doors to get some grub before jumping back into the swing of things. Matt, Josh (their tour manager), and I headed to Chinatown while the rest of the guys stayed back at the venue. Despite my broken Chinese, the people at the restaurant knew what I was trying to say. We wined and dined on takeout then rushed back to get set up before showgoers were let into the Bowery Ballroom.

“We show up to play a rock show, not to be flawless.” 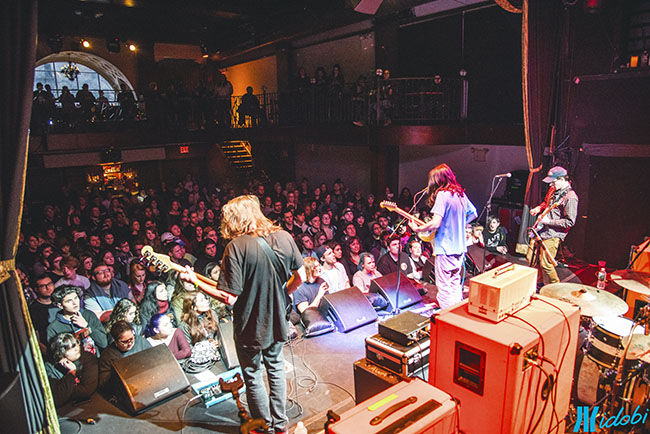 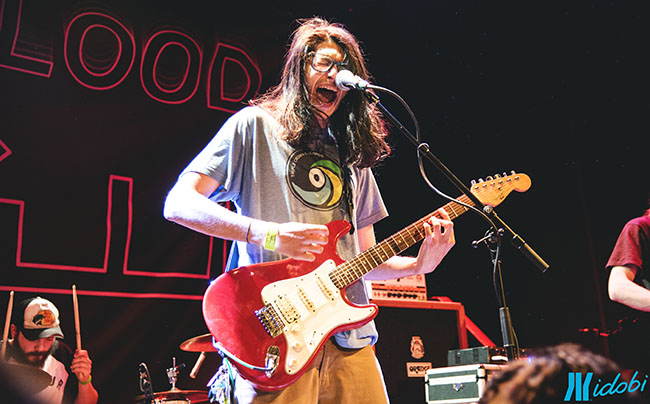 As kids rushed into the venue, A Will Away took the stage. There has never been a time when I wasn’t floored by A Will Away’s performance. However, this show exceeded any and all of my expectations. Despite being the opening band, there were waves of kids singing the lyrics back to them. It was truly incredible to witness fans engaging with their new songs as well as their older tunes. After their set, I headed down to their merch table to congratulate them on a stellar performance. As I waited for Matt to finish up chatting with an attendee, a fan named Andrea approached me to ask me about the work I was doing with the band. I learned that she and her boyfriend were in town from California. They weren’t able to see the band while they were home, so the second they realized A Will Away was in NYC, they had to come out to see the show. Hearing them talk so highly about A Will Away just further proved how big of an impact the band has in music—people from the opposite side of the country were at the show because of their love for this band’s music. This is a testament to how A Will Away has created art that people share and show their friends. 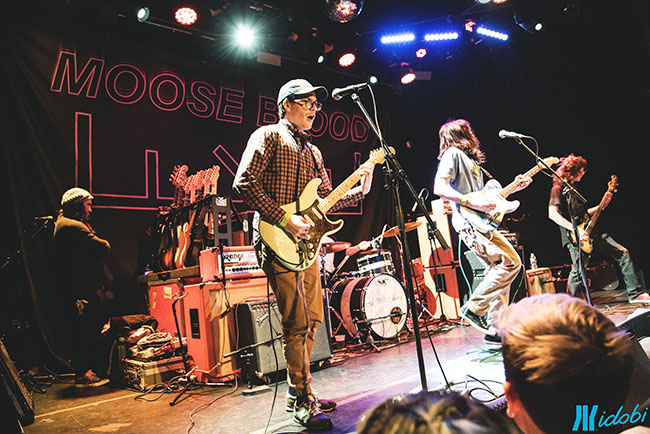 A Will Away is just getting started but they’ve already become a well oiled machine. What led them to this point was simple: “We started being ourselves and had a solid line up. That’s when things started to work out,” Ford and Collin explained to me. “We also grew up,” Sean added. 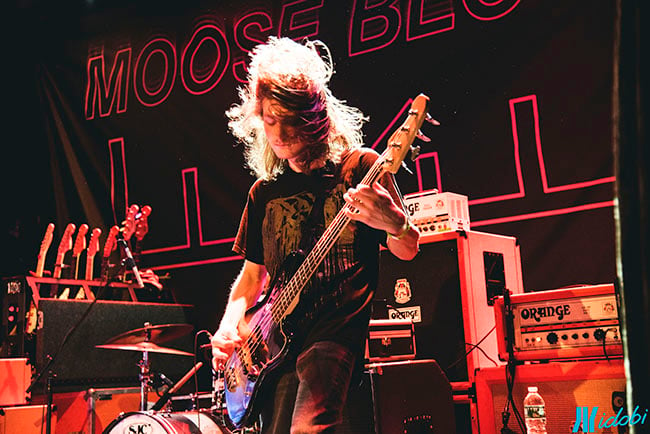 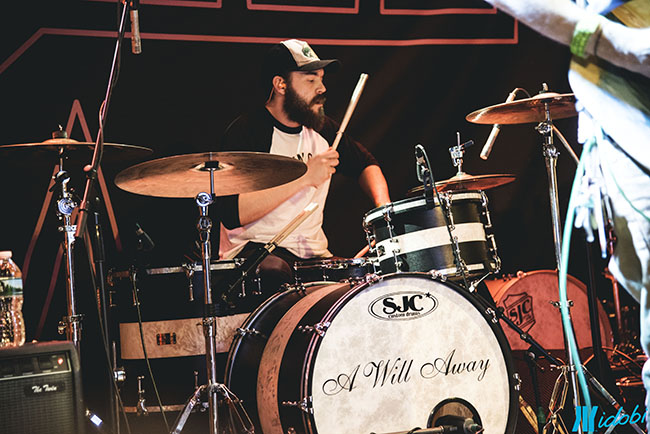 The big secret in this camp of how to keep driving forward is their DIY mentality and genuine approach to music. Their motivation behind this project comes from a basic place and they’re committed to being in A Will Away because they care about it. “It’s easy because we have this natural ambition. We all have rough days but I know the next one will be better,” Collin said. 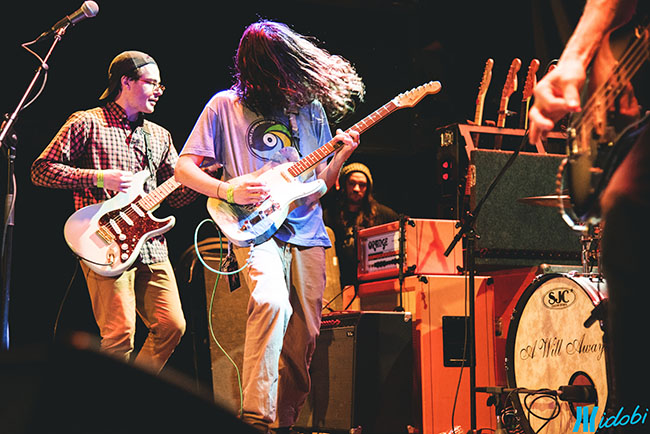 With the whirlwind of an adventure they’ve had so far, everything they’ve seen and experienced has changed the way they look at music as a whole. While they started this project with the intent to create a career for themselves in the music industry—it has evolved into much more. “Now we want to see how many people we can connect with and impact in a positive way, that’s the only metric we look at now,” Collin explained. That mentality is something that is often lost on young musicians once they get a taste of success. Yet, A Will Away continues to use their growth as more of a reason to engage with their listeners.

“It’s easy because we have this natural ambition. We all have rough days but I know the next one will be better” 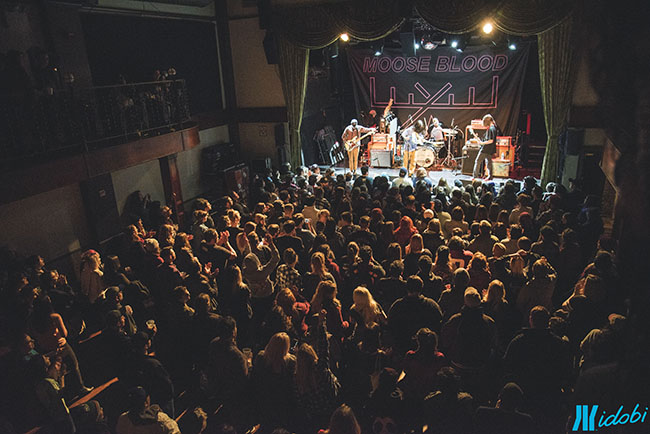 If there’s anything I learned about A Will Away from spending the day with them it’s that their transparency and genuine love for what they do is why people have naturally gravitated towards them. They may be the new kids on the block but they’re already leaving a positive mark in music. 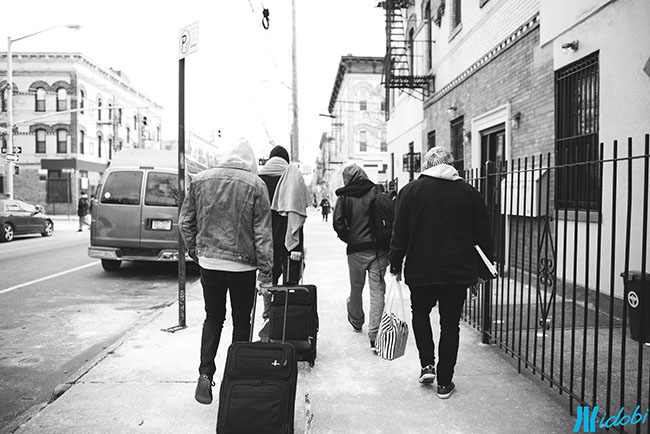 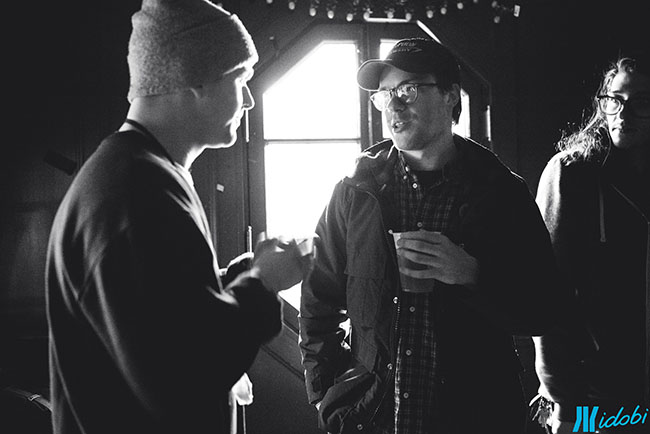 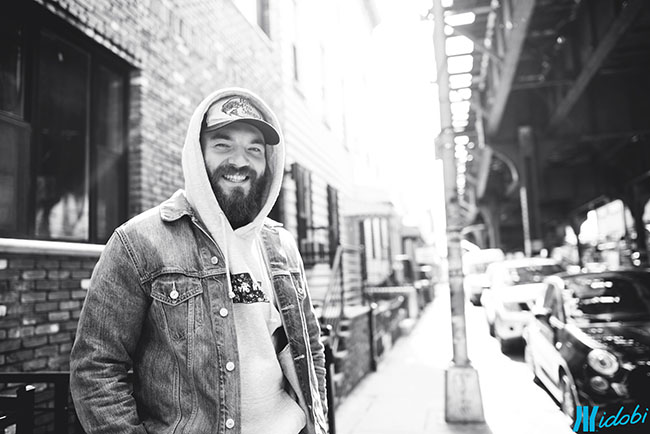 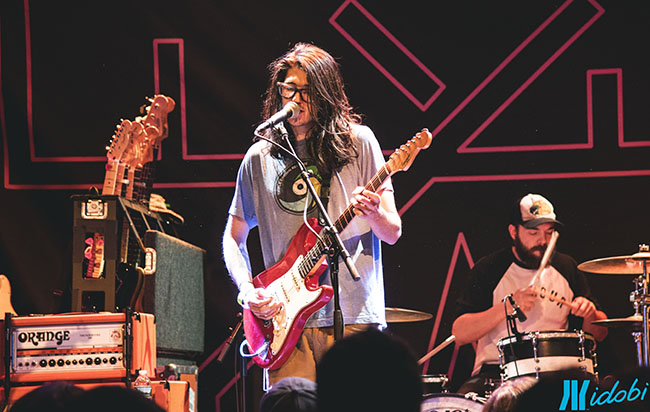 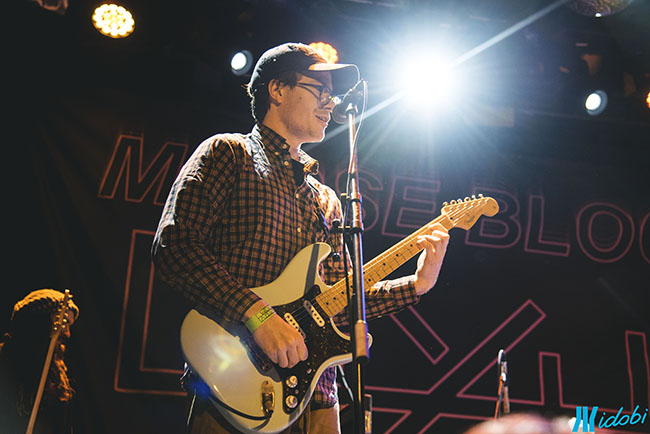 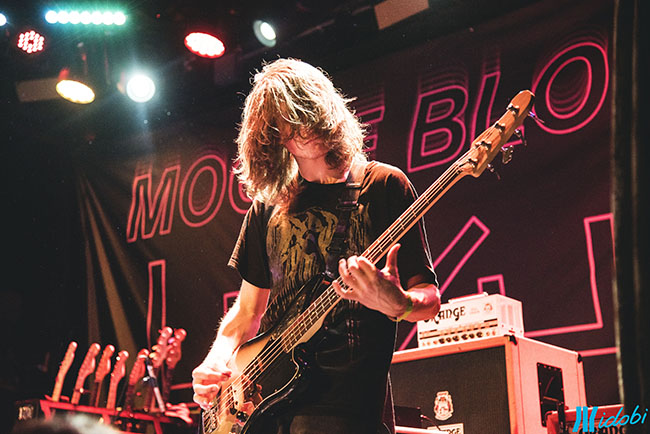 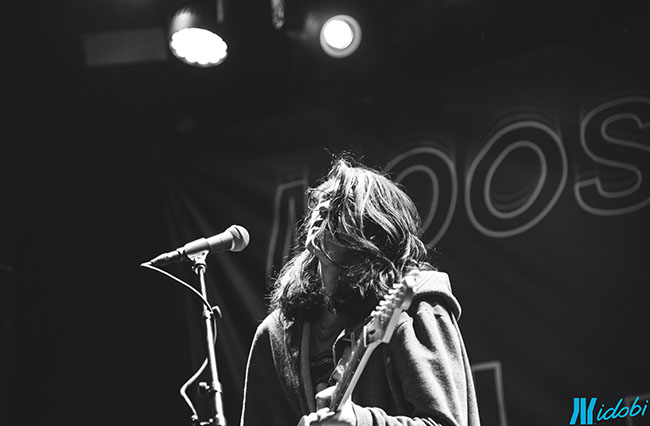 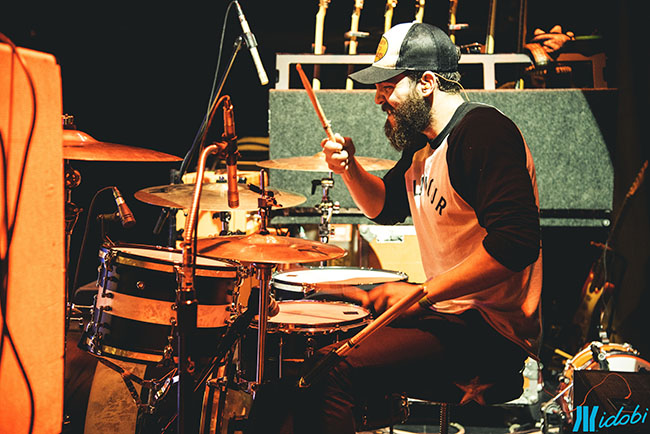 Tags: A Will Away, day in the life