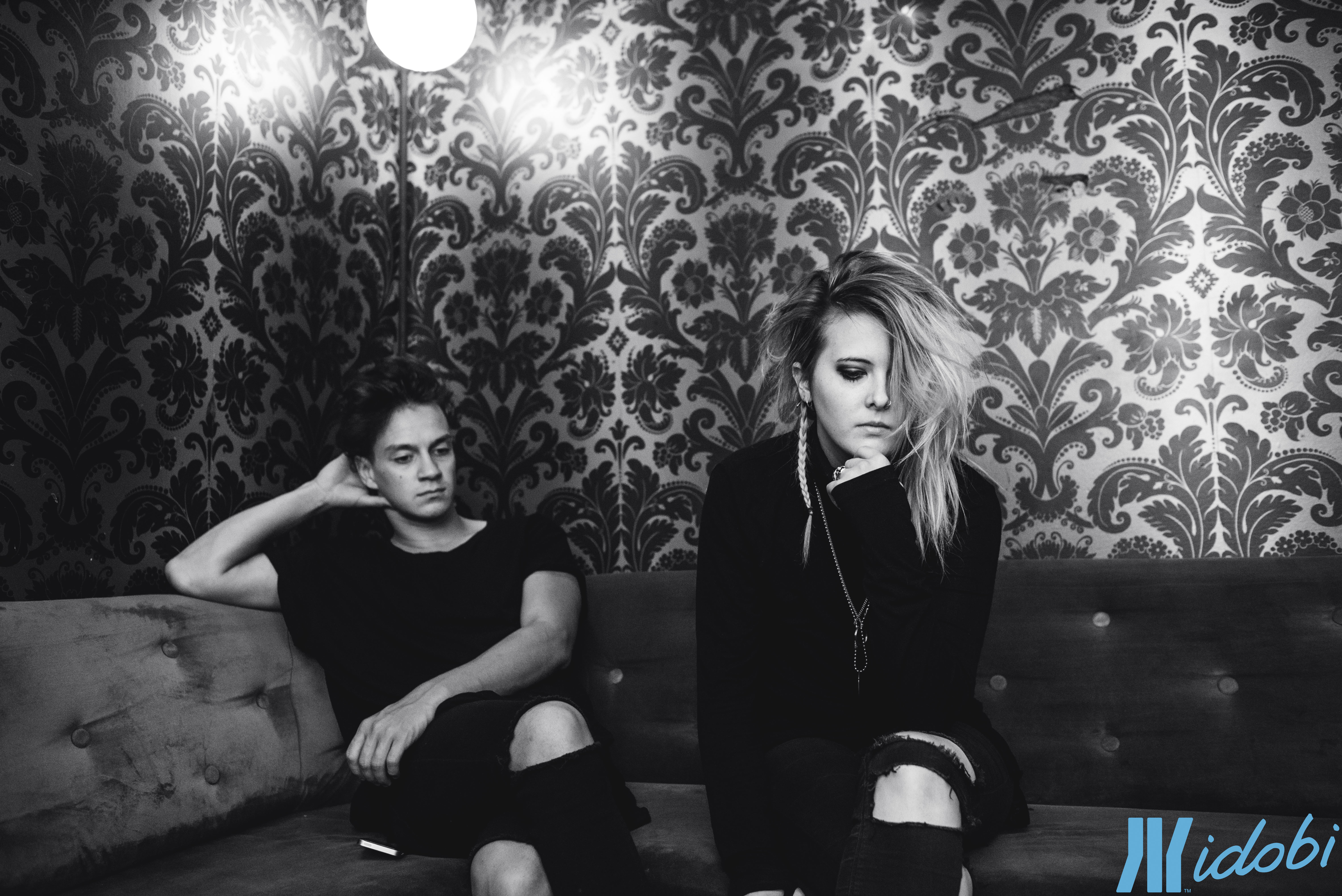 Standing out in the world of pop rock these days isn’t an easy task. Making sure you’re not a one hit wonder that fizzles out in a few months is tough. With the additional factor of maintaining an aesthetic on social media and the politics of the music biz, the pressure is on. Despite all of that, the band LAYNE has figured out a system that works and is helping them climb the ladder. I had the chance to spend the day with LAYNE before they played New York City’s Rockwood Music Hall, where I learned how they all fit together like a puzzle, why they’re picky about who they have on their team, and frontwoman Layne’s perspective on being a female in the music industry. 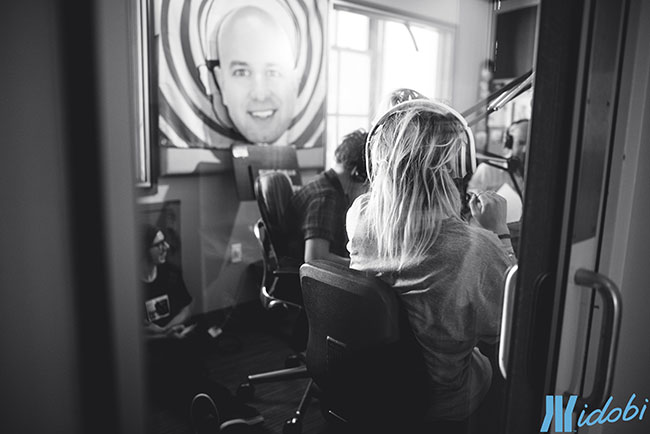 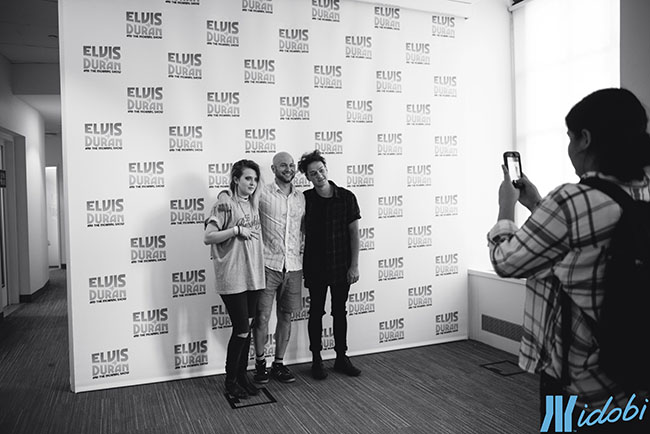 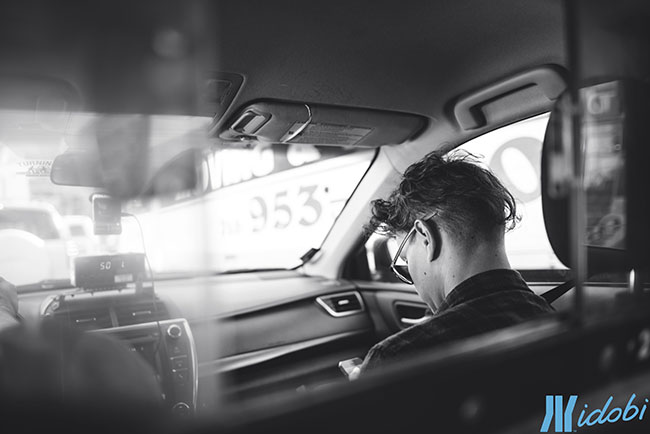 After running downtown to the iHeartRadio offices, I was greeted by LAYNE’s publicist Maria who was waiting for them to finish a radio interview with one of the stations on the floor. Upon being introduced to Layne Putnam (vocals), Alex Rosca (drums), and their photographer Brandon, I got this “cool kid” vibe that made me want to learn more about them immediately. As we left the building to head to the venue their publicist said to us, “This is the easy one for today and then you guys have one more interview at the venue,” I couldn’t imagine how much of a grueling press day they had endured before my arrival. Days like this can take a lot out of you; I asked the two how they mentally prepare for back to back interviews when they’re answering a lot of the same type of questions. “I let her handle most of the talking, it makes people think I’m quiet and mysterious,” Alex says. But jokes aside, the two have learned to simplify what they want to say when it comes to interviews. 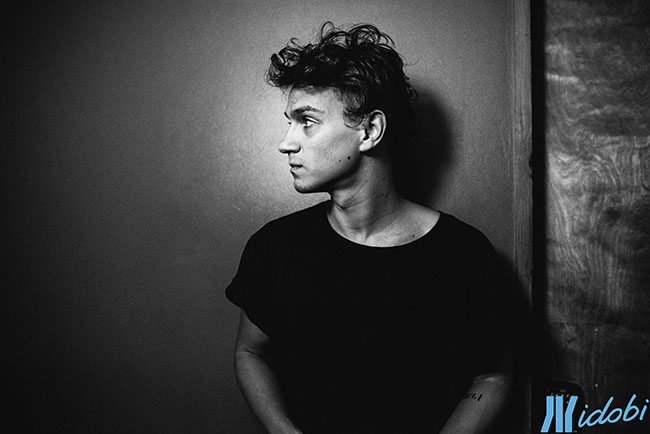 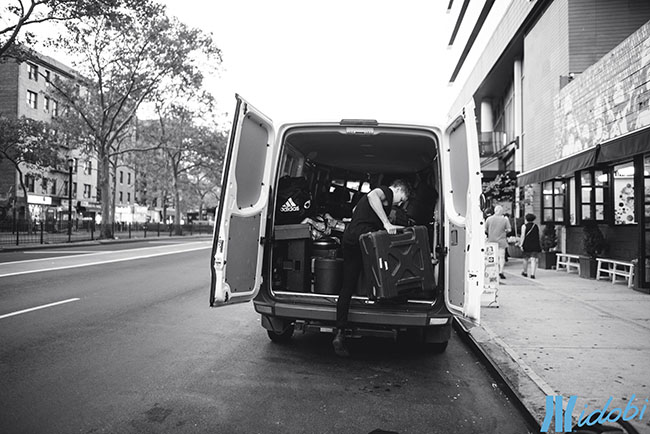 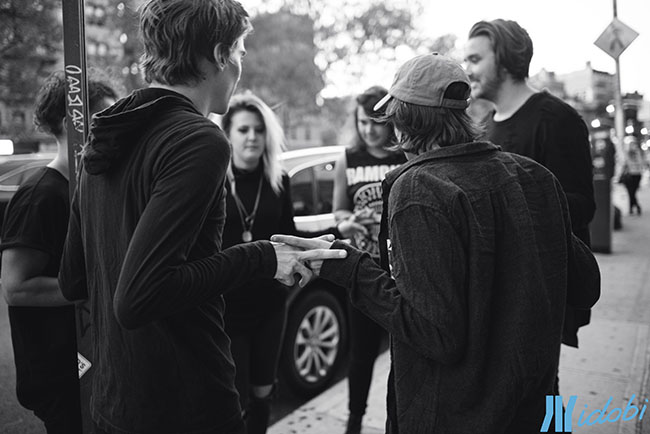 Once we got to Rockwood Music Hall, we were finally able to grab a minute to chat before loading in. I took this as an opportunity to let Alex do more of the chatting and learn what this “mysterious” side of him was all about. We got to talking about the dynamics within the band and why it works so fluidly. “We balance each other out, we’re the match that works well,” says Alex as he talks about his friendship with Layne. Although during live performances they each have their roles, both of them contribute to other aspects of the band. Alex mentions, “Sometimes I’ll think of a cool guitar or bass part and tell Justus [bass] and Zack [guitar] to try it out. Layne does the same thing.” The versatility and knowledge of each member in LAYNE has added to the band’s ability to produce great work as well as work efficiently. Perhaps the most important thing to know about LAYNE and their team is that everyone is there because they are invested in the project, not because they were promised a paycheck. While talking to their friend Brittany who helps them out on the road she says to me, “I’d do anything for that girl [Layne Putnam].” It’s clear that they have a team that is committed and invested into the vision. Finding a group of people who are on the same wavelength in this capacity is hard to come by considering these days it always seems to be about the money. This is precisely why LAYNE is very particular in who they decide to bring into the fold. It certainly shows when it comes to their live performance, their album, and overall image. Their dark pop rock sound, values, and aesthetic are carried across the board by every member of this team. 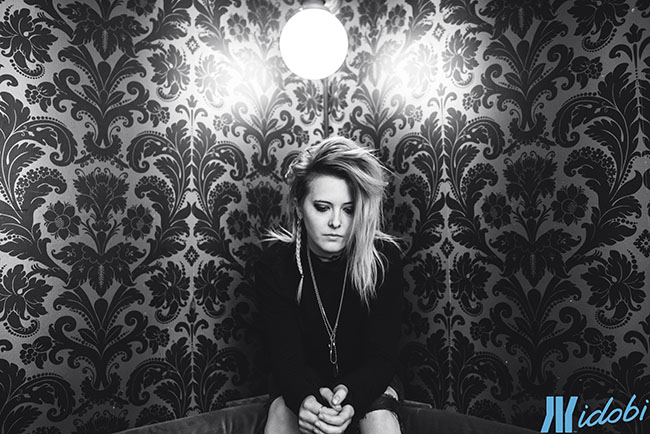 When the day came to a close, I only had one question left for Layne. It’s no secret that she writes about being a female in the music industry and the obstacles that she faces on their track “Boys Do.” I had to ask her how she deals with sexism in the industry. While it’s evident that Layne will bust a guy’s chops right back if they give her a hard time, she said to me, “If you want to be equal just act equal.” That sentence alone has been one of the most empowering lines I’ve been on the receiving end of and has changed my outlook as well as approach on the topic. 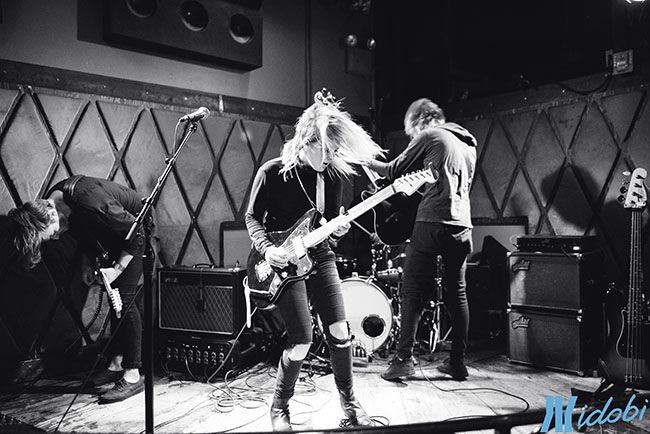 The one thing you need to know about LAYNE is that for them, it doesn’t matter who they are compared to or what band a magazine thinks they sound like. They’ve been compared to artists like PVRIS and Halsey but what matters the most to them is that their fans connect with what they are doing. That mentality is often lost in translation but to see that a young band like LAYNE still believes in it is refreshing to say the least. I started this day thinking they were a group of people that just had this  alluring “cool” factor, but at the end of the day they left me with peace of mind. 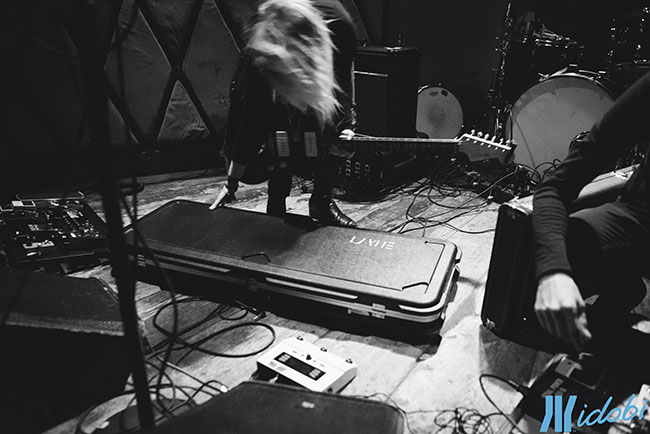 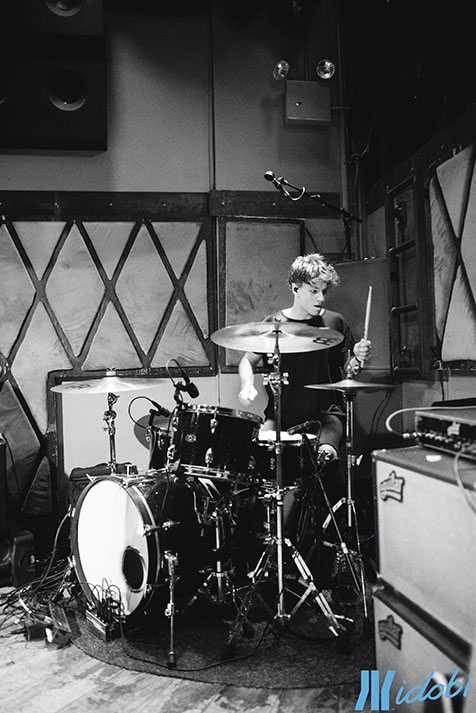 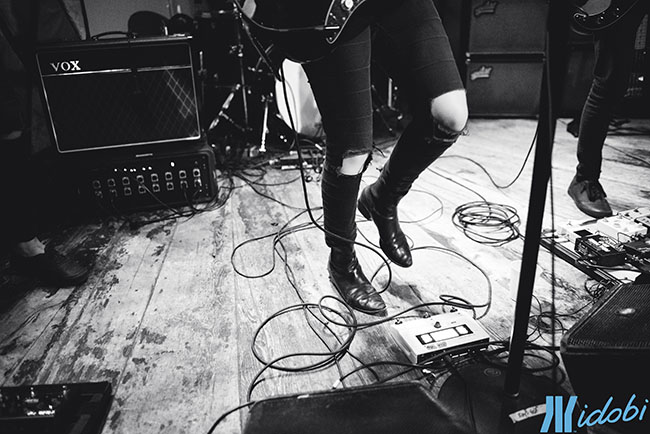 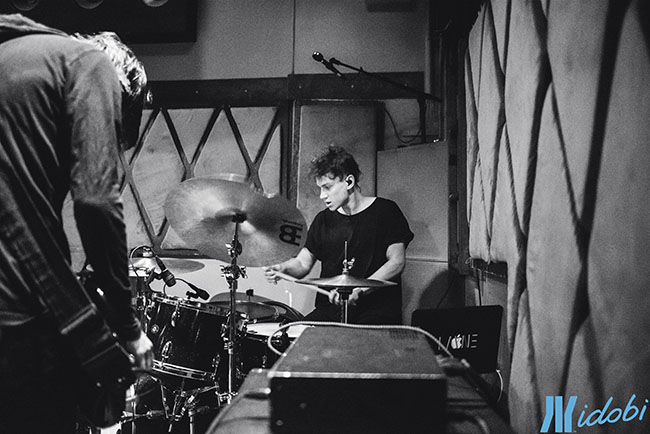 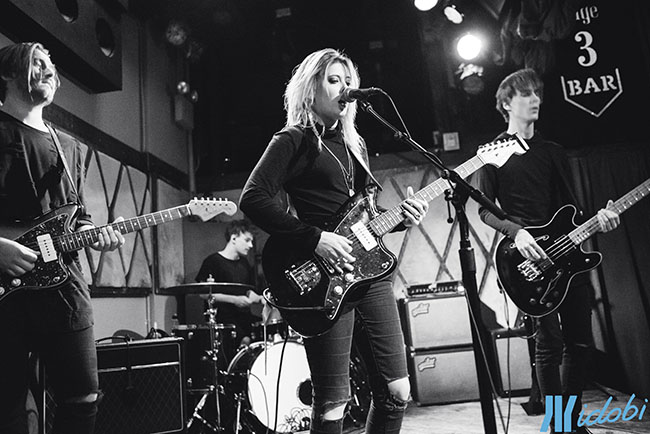 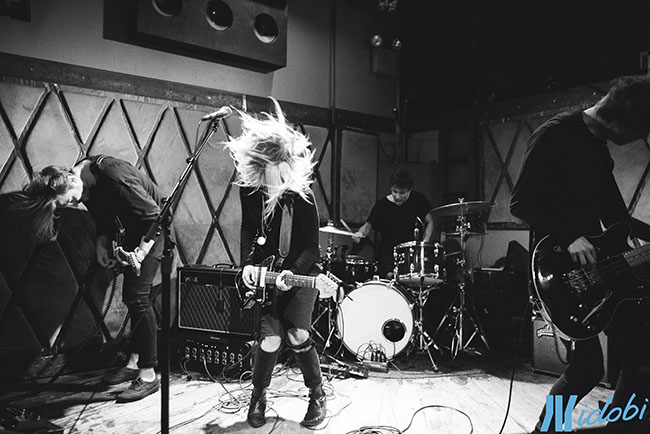 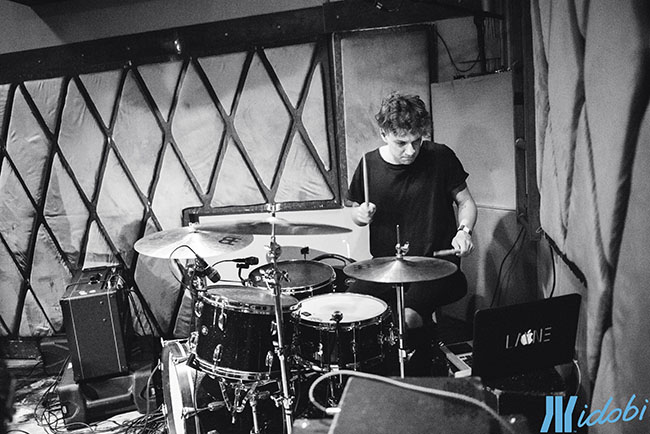 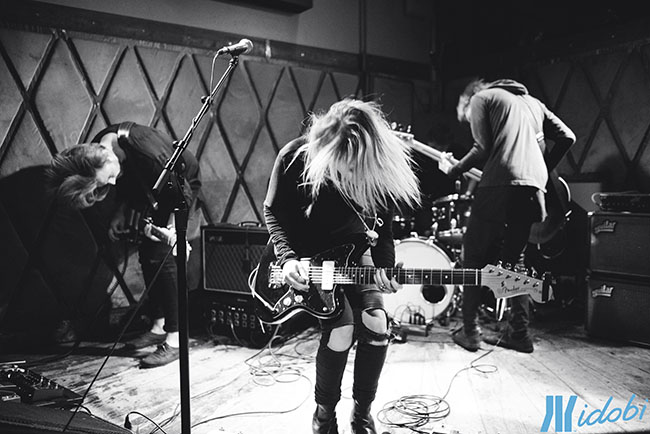 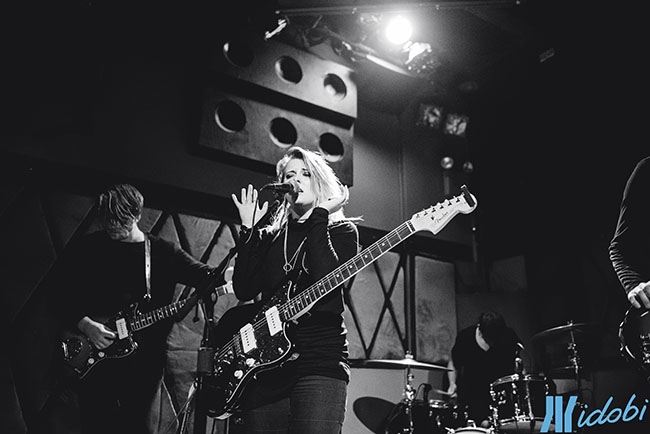