Once again, we enter the world of comics adventure thanks to Eric Kripke, Evan Goldberg, and Seth Rogen, who gave us The Walking Dead and Preacher. The original The Boys (a product of the unhinged minds of Garth Ennis and Darrick Robertson) is a comic book black comedy about the superheroes we love and how that love will be our inevitable downfall. Let’s face it, too much of a good thing will kill us all.

I could go on about how the original story is about the corruption of the ”Superhero” and how normals feed that corruption because of “celebrity” or that this could be the ugly step-bastard of Alan Moore’s Watchmen. In this case, the cure may be worse than the affliction, which is where we find ourselves in the world of The Boys. There is only “great power” and no responsibility. 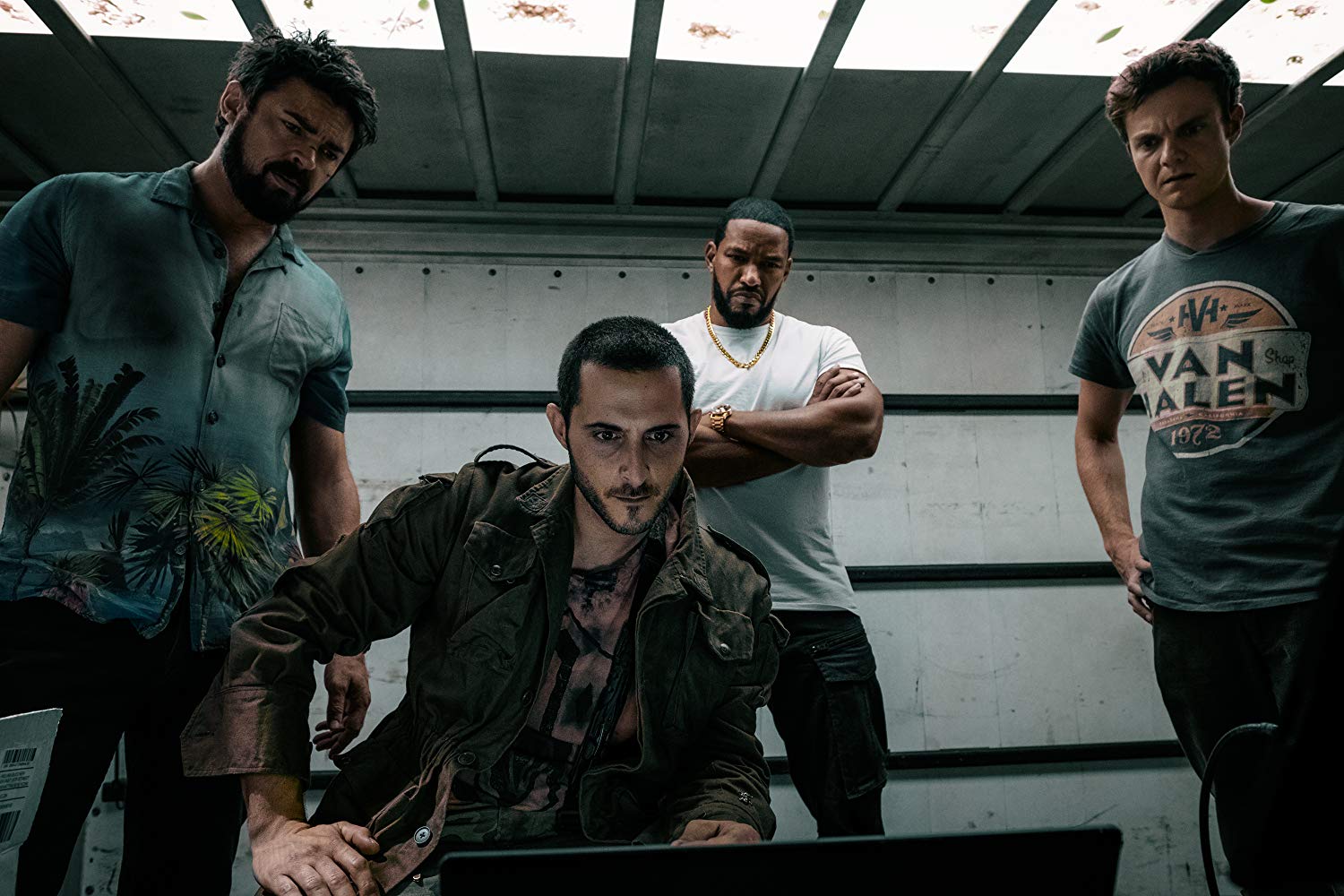 In this story, superheroes are celebrities. The greatest of these heroes is The Seven. Imagine a hero team of Justin Biebers, Lindsay Lohan, Kanyes and much worse folks, who shall remain nameless, as superheroes or “supes”. Terrifying, I know. On the outside they are media darlings, bright beacons of hope that the world looks to in times of turmoil. Behind the scenes, they are the worst degenerates that ever walked, flew, or swam on Earth. Enter THE BOYS, a CIA-sanctioned-ish team of killers who knows the truth and it’s their job to keep the “supes” in-line, whatever it takes. The “whatever-it-takes” is the appalling part—sometimes the cure is worse than the sickness.

So that’s the world we get to play in and how can I put this…? The Boys comic is actually a tale of the trap of celebrity, unchecked privilege, and the trauma of the violence (the world seems to gloss over via social media, the media, and pop-culture references). That disconnected ideology leads to a world without rationale. I can unequivocally say that this series does a fair job of showing us what that world could look like. There is no great responsibility only great and terrifying power. While the comic out-“Preacher’d Preacher”—another book by Garth Ennis—Ennis’ initial Frosty McFlurry topping of savagery and social satire is where the similarities between The Boys (comic) and The Boys (series) end.

In the series, we are treated to hyper-violent, man-child fantasies of sex, drugs and violence without the thoughtful social dissection behind these actions. Now, don’t get me wrong? I am always down for a gratuitous jambalaya of crazy and extra-ness but this show fails to give any depth to the main players. Several episodes in it felt like the point of the show was not to tell a story but to get to the next punchline, from frisky dolphins, drug-addled heroes, to a considerable amount of unsafe sex practices that would make Dr. Jocelyn Elders blush. 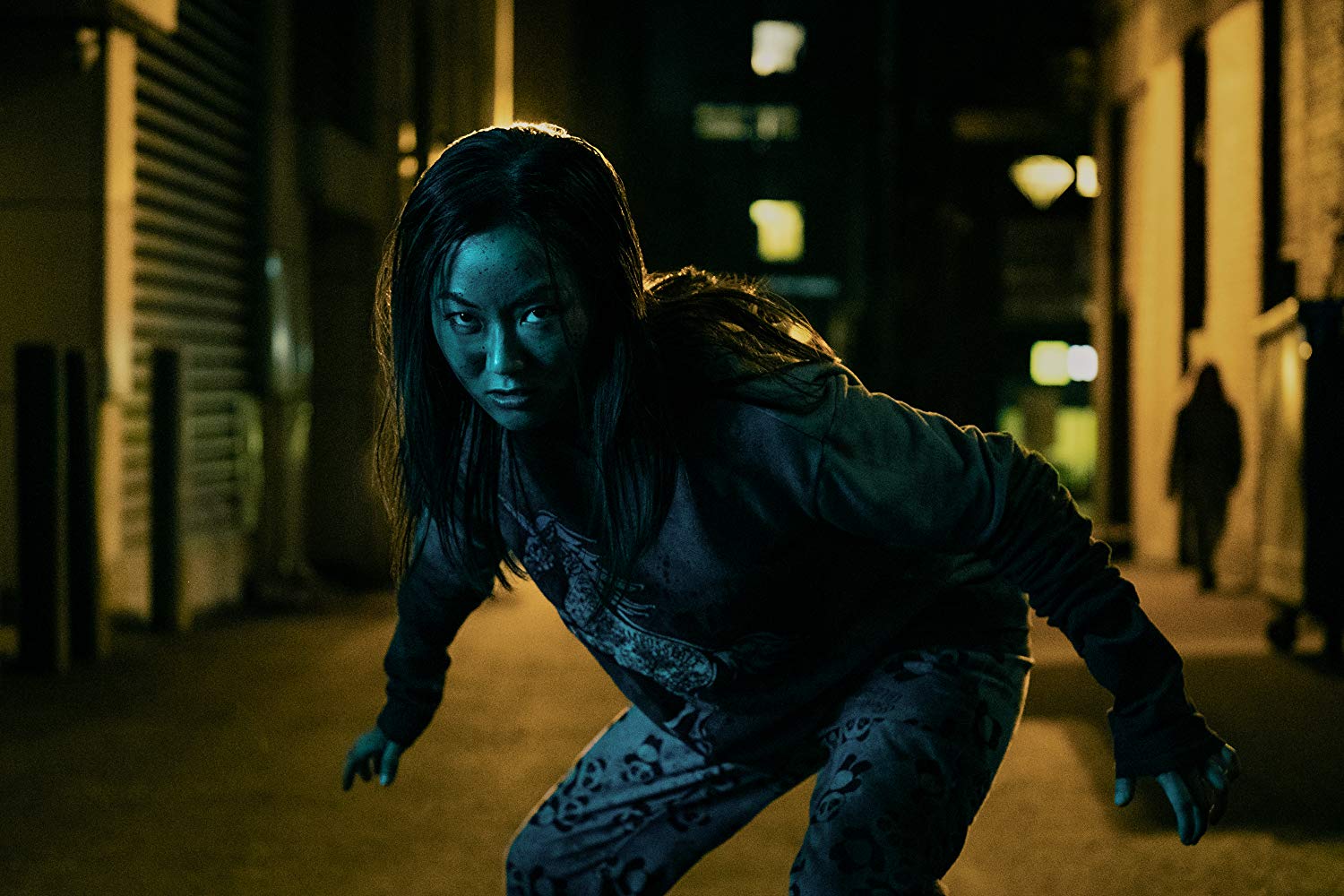 The series reminds me of a period of comics in the 90s. While not all terrible, most of it was a factory line of testosterone-laden muscle men with no necks unable to wipe themselves after a run to the can AND women who were more aesthetics and plot devices, or just boobs with a great punchline for the always male protagonist to get the story going. And, yes, I bought them and still have them polybagged in my basement, but I grew up and wish this series could have shown us that. A world where that type of toxic behavior while it exists is called out for being just that toxic.

The Boys presents a disjointed path for characters on “both sides”. The writers want you to hate to love them, at one point, and then hate to love to hate them at another, which is so ham-handed it felt more like an awkward peek-a-boo game than a road into the dark lifestyles of the superpowered and famous.

That said there are only two highlights that stood out for me: Butcher (Karl Urban). Never has a role been more perfectly played. From his manipulation of our POV character Wee Hughie (Jack Quaid), to the unnecessarily perverse manner in which, hero, Translucent (Alex Hassell) is “handled”, Urban plays the obsessive borderline sociopathic Butcher so well it’s almost terrifying to watch. Next is Madelyn Stillwell (Elizabeth Shue). Yes, that Elizabeth Shue. Now listen, let me tell you, these adventures in babysitting are the reason some parents homeschool. Along with Butcher, Stillwell is one of the most compelling characters in the story—while initially revealing very little about her, what is obvious is that she is the H.B.I.C. and you do not cross her. And amongst the menagerie of this lunatic asylum she might be the scariest of the lot. 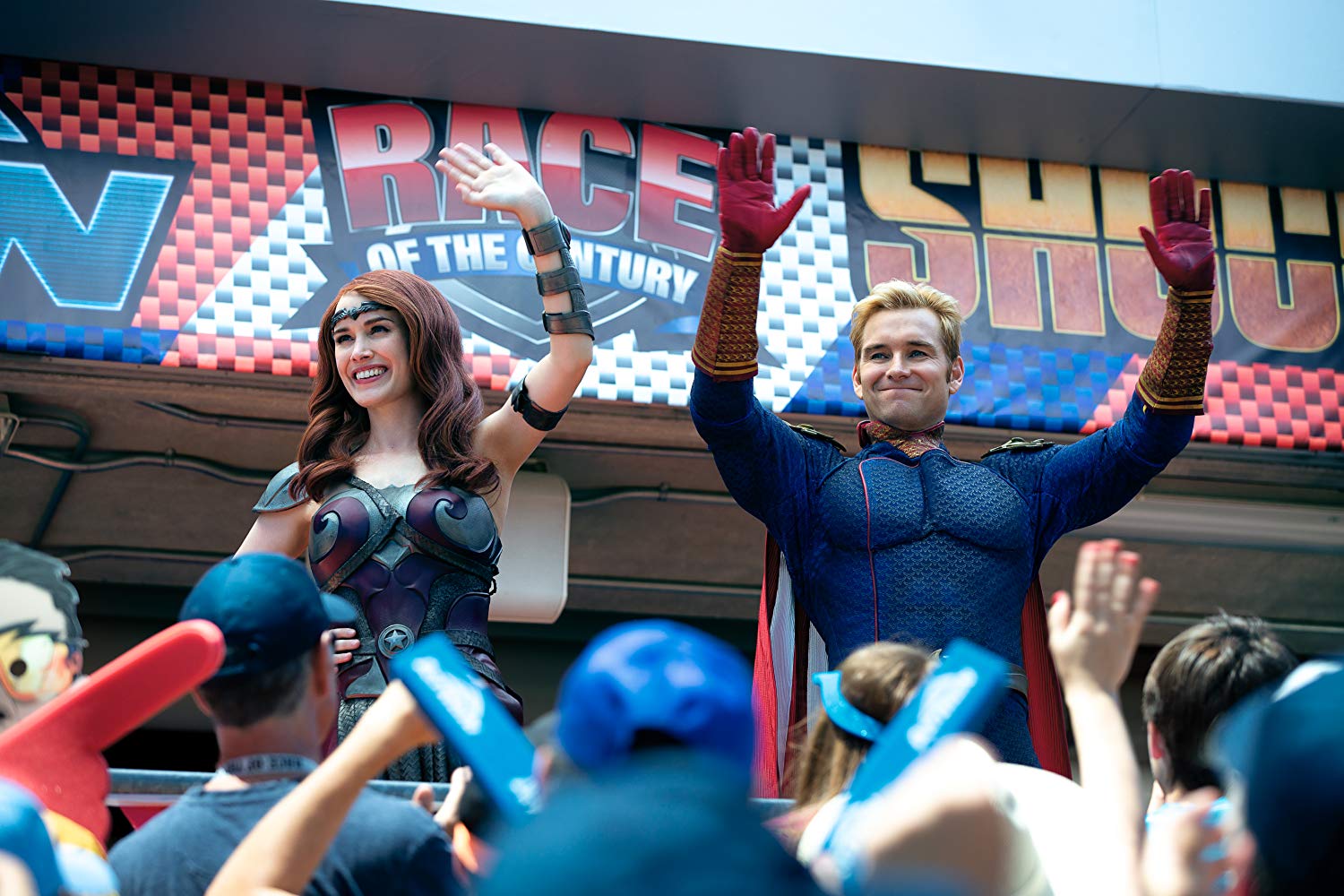 Needless to say, my expectations, as a fan of the comic, were higher than they should’ve been. Despite the few highpoints, the series lacks the depth to keep you interested beyond the next Eff’d up thing about to happen. For a story about a broken system of our own making The Boys falls into the trap of being the equivalent of a Jackass episode vs the black comedy it wants to be.

In the End: If you want a toilet bowl of violence, crazy characters and some funny punchiness that can occupy your brain while you wait for the next thing to pop-off, then check out The Boys. But trust me, the comic is “worse” in the best ways—ask me about Tek Knight and orifices.

Watch The Boys on Amazon Prime on July 26th.