Basically: Iron Fist is back to save the city. Let’s hope we survive the experience.

The new Iron Fist has our hero returning from the events of The Defenders with a renewed sense of purpose and longing to truly earn the title of The Immortal Iron Fist. Danny Rand (Finn Jones) struggles once again with what it means to be a protector. Colleen Wing (Jessica Henwick) through her own agency is seeking balance through a normal life. In contradiction to Danny, who wants balance by way of the Iron Fist, Colleen wants a life where the first action is not violence but harmony. Someone needs to remind her that she is in the Netflix MCU, no such luck of that happening.

“Hope is a dangerous thing my friend,” those words from Morgan Freeman’s Red in The Shawshank Redemption echoed in my head as I waded into the sophomore season of Iron Fist. I, perhaps naively, hoped that after the viral beating the show took and a new team being brought in we could see an Iron Fist we could tolerate, if not love. S2 E1 furthered that hope. To the creators’ credit, in contrast to the critically mauled Season 1, an improved show is definitely apparent in the production and direction of the protector of K’un-Lun’s world. 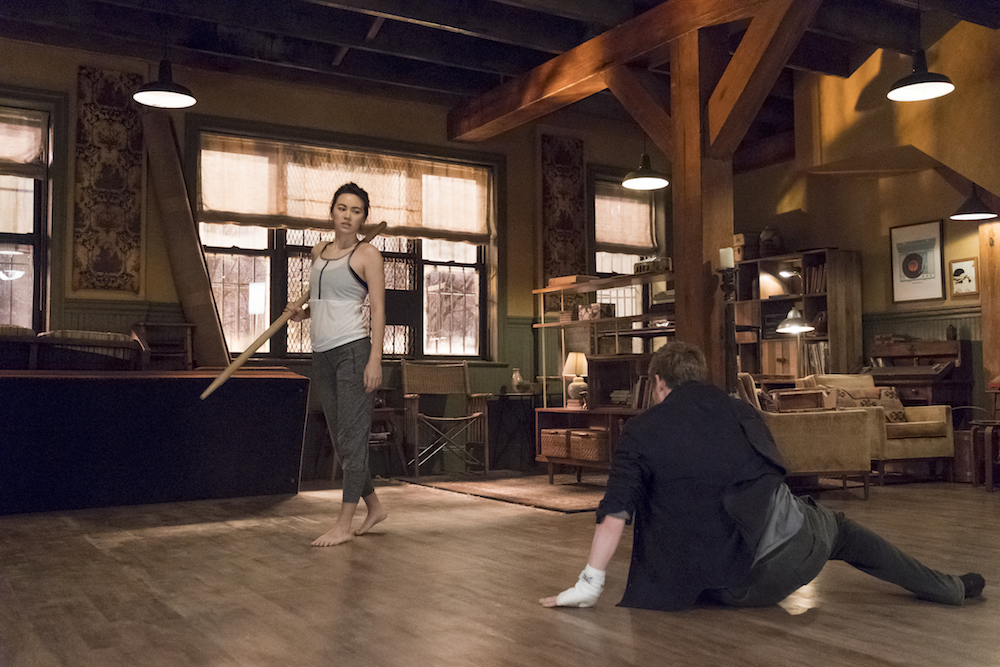 Would that I could say the same for the efforts of Jones and Henwick as Danny and Colleen, while valiant attempts are made by both performers, truth be told the more time I invested in the series the less I cared about the “heroes”. Danny comes off as an inconsistent character fluctuating between zen monk and frustrated hothead with no ability to see the pitfalls of his reckless actions. You would think at this point, after lessons from the characters Jessica Jones, Matt Murdock, and Luke Cage, Danny would have learned something. Jones’ attempt to balance Danny’s two modes is a struggle to watch and rarely works, even with the more polished cast that surrounds him. Sadly that polished cast does not include Jessica Henwick. Henwick still struggles to find her feet in the series. Her attempts to portray a character trying to escape the world of pow, boff, kapow and move into the life of an everyday citizen comes off unbelievable and at times disingenuous.

With crossovers in the The Defenders and Luke Cage Season 2, more engaging characterizations of Danny and Colleen had begun to form in the Marvel Netflix universe. I’d hoped these lead-ins would give the new showrunner (Raven Metzner) and the writers more latitude to reclaim the series and right the ship. However, storytelling that should have made the two leads deeper, empathetic, and frankly more interesting, continues to fall flat. We have a Danny who has replaced one petulant behavior with another more destructive one. While that can be fun to watch develop in a well-told story this is not the case here. Weak pacing and emotionless, poorly delivered lines make even the most dramatic dialogue flaccid. The “car-wreck” you hope to see Danny overcome is as anti-climactic as the words coming of out his mouth. As for Colleen Wing, I had the most hope for her, however, despite glimmers of potential in other shows she is more disappointing—once again proving what I learned a long time ago: Potential is just wasted talent. Rather than occupying space as a forceful figure in the story, she haunts every scene like a disembodied ghost, only appearing when someone reminds her she’s starring in this show. This failure in acting leaves a story that is both wasted potential and boring to watch as it unfolds. Every opportunity to improve on the serious problem of their characterizations plays like Neo from The Matrix avoiding bullets—they completely dodge it. 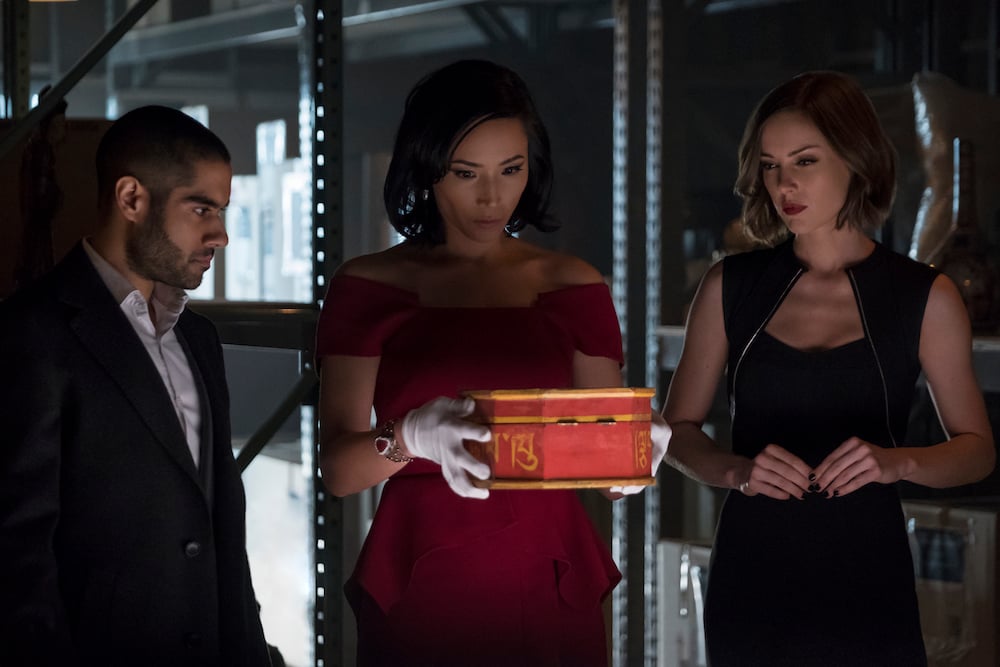 The only noticeable upgrade in characters from last season are Ward (Tom Pelphrey) and Joy Meachum (Jessica Stroup), and Danny’s K’un-Lun brother Davos (Sacha Dhawan). Their new incarnations add heartfelt elements and at times comic relief—succeeding in making the series more engaging. The fallout from S1 is illustrated in a now toxic relationship between the Meachum siblings. Davos originally appeared as a one-dimensional conduit, highlighting Danny’s hidden past. In Season 2, his charismatic presence explodes violently, reminding the Iron Fist he has much to answer for and there will be consequences.

An additional standout is newcomer Typhoid Mary (Alice Eve). Brandishing a very particular set of skills—skills acquired in the creepiest corners of the MCU—Mary becomes a disturbing fixture in the lives of Danny and Colleen making the character, I hope, a mainstay in the series. Rounding out the guests is Misty Knight (Simone Missick) returning to bring sunlight across the Iron Fist landscape. Her appearance continues to tease what we are all clamoring for: Daughters of the Dragon. Despite being a strong presence in the series, there’s a feeling that instead of the powerful figure of justice we are accustomed to seeing, we get a Misty with awkward dialogue that undermines her character and serves as a final effort to offset the mediocrity of Colleen and Danny, while making the obligation of caring for them more palatable to an audience who has checked-out.

In the end: Iron Fist still has a lot to overcome. The story while intriguing is hampered by missed opportunities to better define Danny and Colleen, but the series has enough interesting parts to make it worth going through—if only to enjoy the arcs of the supporting cast.

Stream Marvel’s Iron Fist season 2 from this Friday on Netflix.