Basically: Lisbeth Salander gets rebooted as a punk Bond-like character caught between governments and criminals fighting over a program that can take control of national defense systems.

I was really looking forward to this sequel and in the first few minutes of The Girl in the Spider’s Web I got what I wanted. The fierce, avenging, dark angel Lisbeth (Claire Foy) rescues a battered wife and child, in her own unique and unconventional way, by using the husband’s vices and secrets against him. But the film very quickly went off the rails, culminating in an avalanche of action movie clichés that left me feeling empty.

The video game aesthetic in The Girl in the Spider’s Web is as beautiful as it is superficial and cold, unlike the earthy, visceral atmosphere that permeated the 2011 film adaption of the first novel in Stieg Larsson’s ‘Millennium’ series, The Girl with the Dragon Tattoo. This follow-up film is missing vital things like emotion and context as well as the nuanced performances by Rooney Mara and Daniel Craig. In fact, The Girl in the Spider’s Web seems to have left any trace of its predecessor behind, to its detriment. 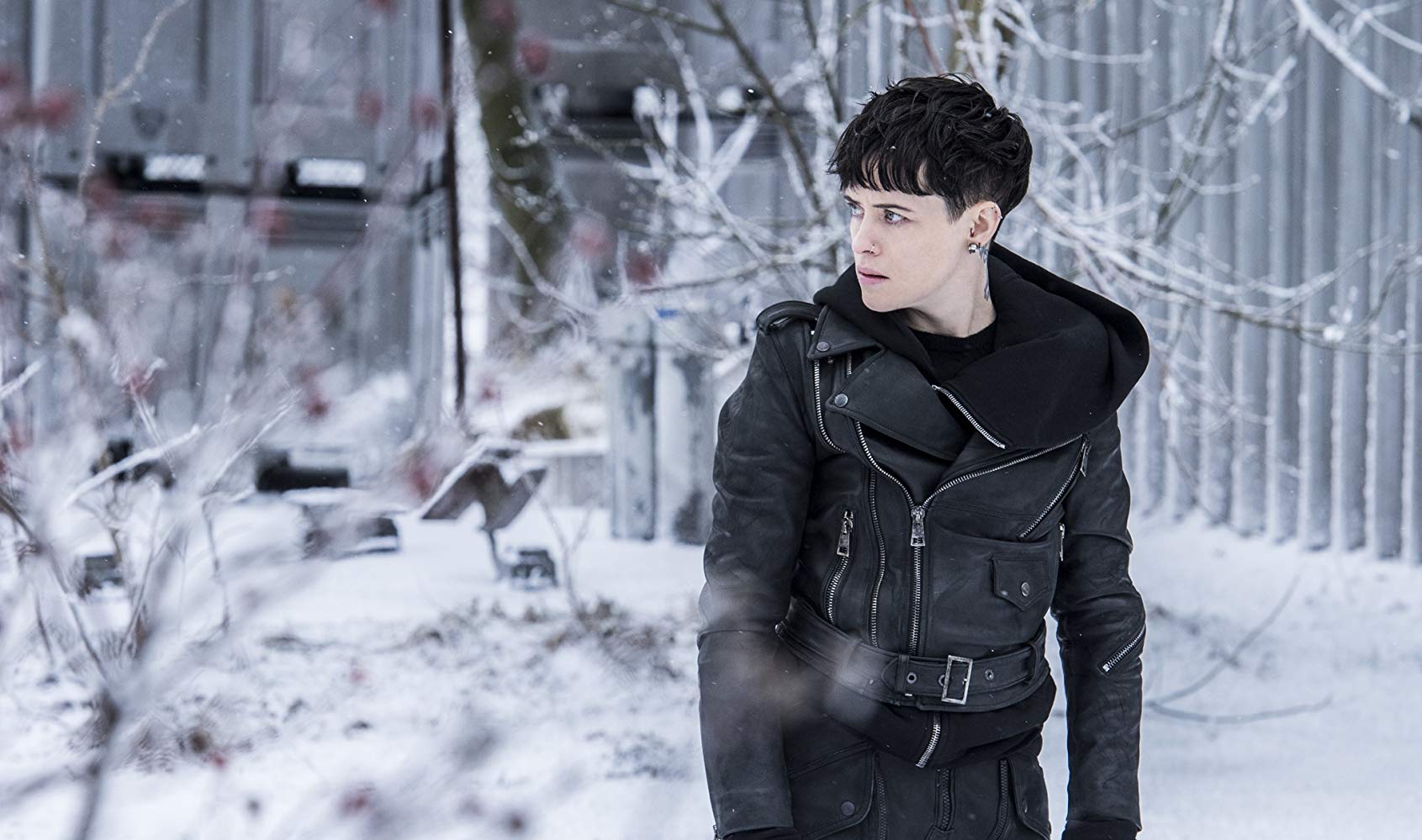 The plot is sloppy and formulaic, its action scenes are fun but predictable, and the depiction of the “bad guys” and the “good guys” is cartoonish. I don’t care about this Lisbeth…and I don’t think anyone else in this movie does either. The only character I wanted to know more about was the enigmatic NSA agent played by Lakeith Stanfield.

The complicated relationship between Lisbeth and investigative journalist Mikael Blomkvist (underplayed by Sverrir Gudnason) gets barely a passing side-eye in this movie. One wonders why he was included at all. The two actors have zero chemistry with each other or with anyone else for that matter. Foy’s version of Lisbeth even fails to connect with the cute child genius she is protecting, whom the audience is supposed to believe reminds Lisbeth of herself and her sister Camilla (Sylvia Hoeks).

Of all The Girl in the Spider’s Web’s sins, the worst is how the film teases the audience into believing it will reveal Lisbeth’s true beginnings and explore the topography and history of her extremely dysfunctional family…but it never delivers.

In the End: This “reboot” falls short in its effort to carry Lisbeth’s story forward. Order the Swedish versions of the ‘Millennium’ trilogy (with the delightful Noomi Rapace) if you need a Lisbeth Salander fix.