Basically: Judy Dench plays an old woman who may or may not have been a spy.

Oh me, oh my, Red Joan. I’ll be honest, I went into this movie not knowing what it was about, only that Dame Judy Dench was in it—so it has to be mad decent, right? But as I watched this film try really really hard I came to the conclusion that Red Joan isn’t up to par. Based on Jennie Rooney’s book of the same name, Red Joan is inspired by the life of Melita Norwood. In this story, Dench plays Joan Stanley in the year 2000, an older woman who is taken into custody by British authorities and questioned about having possibly shared secrets with the Soviets in the past. From there we flashback to Joan’s time studying physics at university before WWII. Here, Joan is played by Sophie Cookson. She befriends a group of communists through a woman named Sonya (Tereza Srbova) and her cousin Leo (Tom Hughes). While Joan says she doesn’t completely agree with their politics, her infatuation with Leo and her views of the U.S.S.R. as an ally clouds her judgment as they manipulate her. 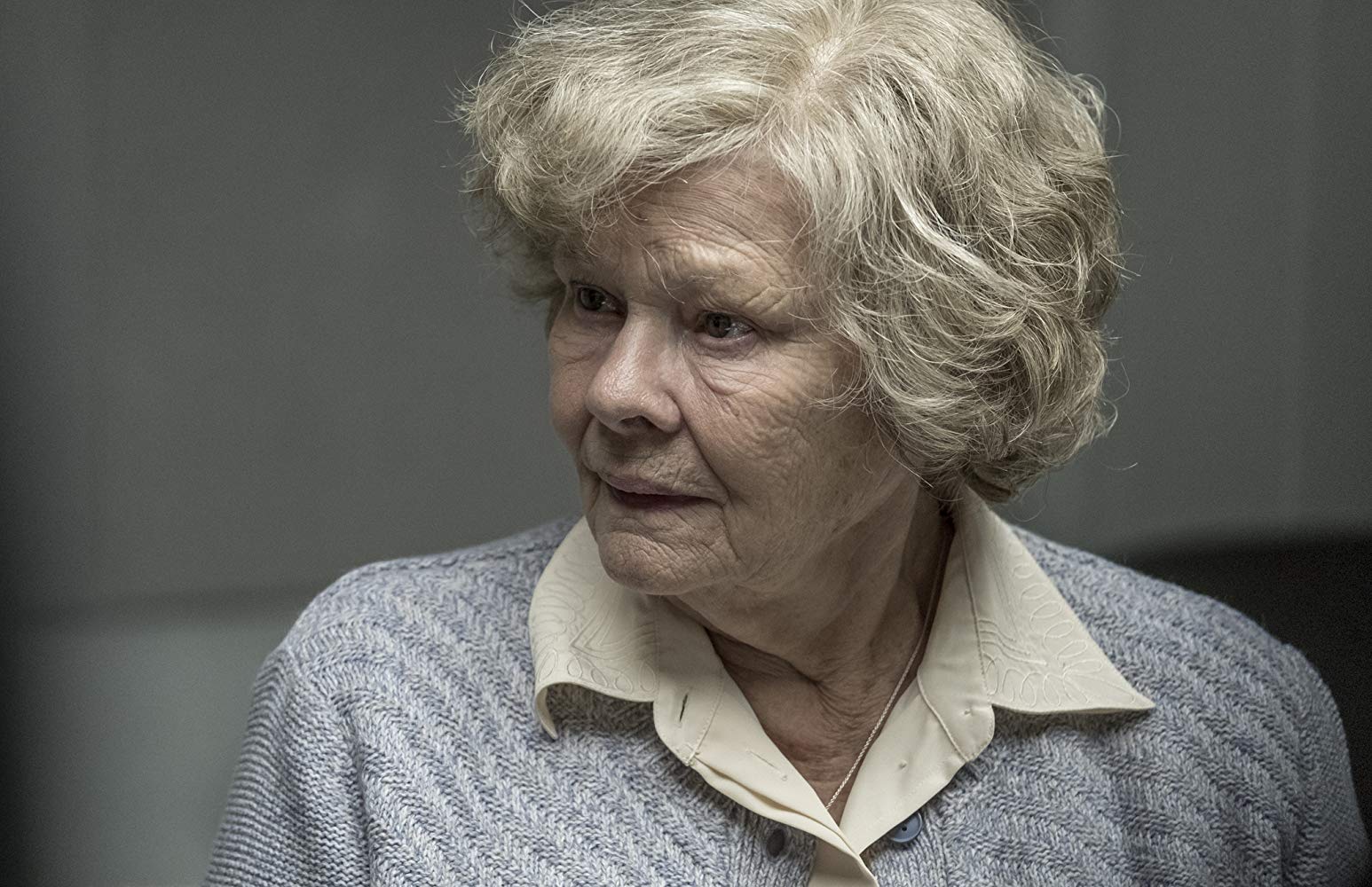 By switching between the scenes where Dench is being questioned and the flashbacks with Cookson, Red Joan mostly comes off as a coming-of-age British romance. It’s like An Education but mixed with Cold War espionage. The movie seems more interested in the romantic entanglements of Joan as a young woman than the tension of finding out if she actually shared secrets with an enemy state. The interrogation storyline becomes such a background plot that when it comes back in it’s jarring, like it’s part of another movie. These moments literally feel like a person standing up in front of you in the theater—they come out of nowhere and throw off the momentum of the movie.

While Dench is good, giving an empathetic yet secretive performance, in the end she’s just playing a fragile old woman who you’re meant to feel sorry for. Hughes is great as the manipulative Leo, you’ll distrust him but also enjoy his charisma on screen. Stephen Campbell Moore also does well as Joan’s “good guy” professor, giving a ton of Colin Firth vibes throughout. All that being said, director Trevor Nunn made a pretty bland looking film—all the colors feel washed out. This bleeds into the fact that Red Joan feels washed out and doesn’t know what it wants to be—a romantic period piece, a spy thriller, or a movie about a person’s secrets—and it doesn’t pull any of it off well.

In the End: Red Joan feels like it was a middling British TV drama pilot that ran too long and they sold it as a movie instead.