There’s oftentimes great dissent when it comes to movie properties being revisited; particularly, one as revered and as iconic as the original Pet Sematary. Released back in 1989, the film, which was adapted from the Stephen King best-selling novel (of the same name), followed the story of Dr. Louis Creed (Jason Clarke) and his wife, Rachel (Amy Seimetz), as they relocated from the city to rural Maine with their two children in toe. Upon settling in their new home, the family soon comes in contact with a mysterious burial ground that resurrects the dead.

Though the original might not seem too shocking by today’s horror movie standards, the same could not be said 20 years ago, as the film’s creepy depiction of a homicidal child as well as its unexpected commentary on the concept of death struck a strong chord with audiences back then. Now, with a new ensemble of actors and far more sophisticated effects at its disposal, Hollywood has decided to take another crack at the horror franchise (yes franchise, the original produced at least one sequel). However, despite these factors (just mentioned above), was a revisit of this story necessary or was it better left dead? 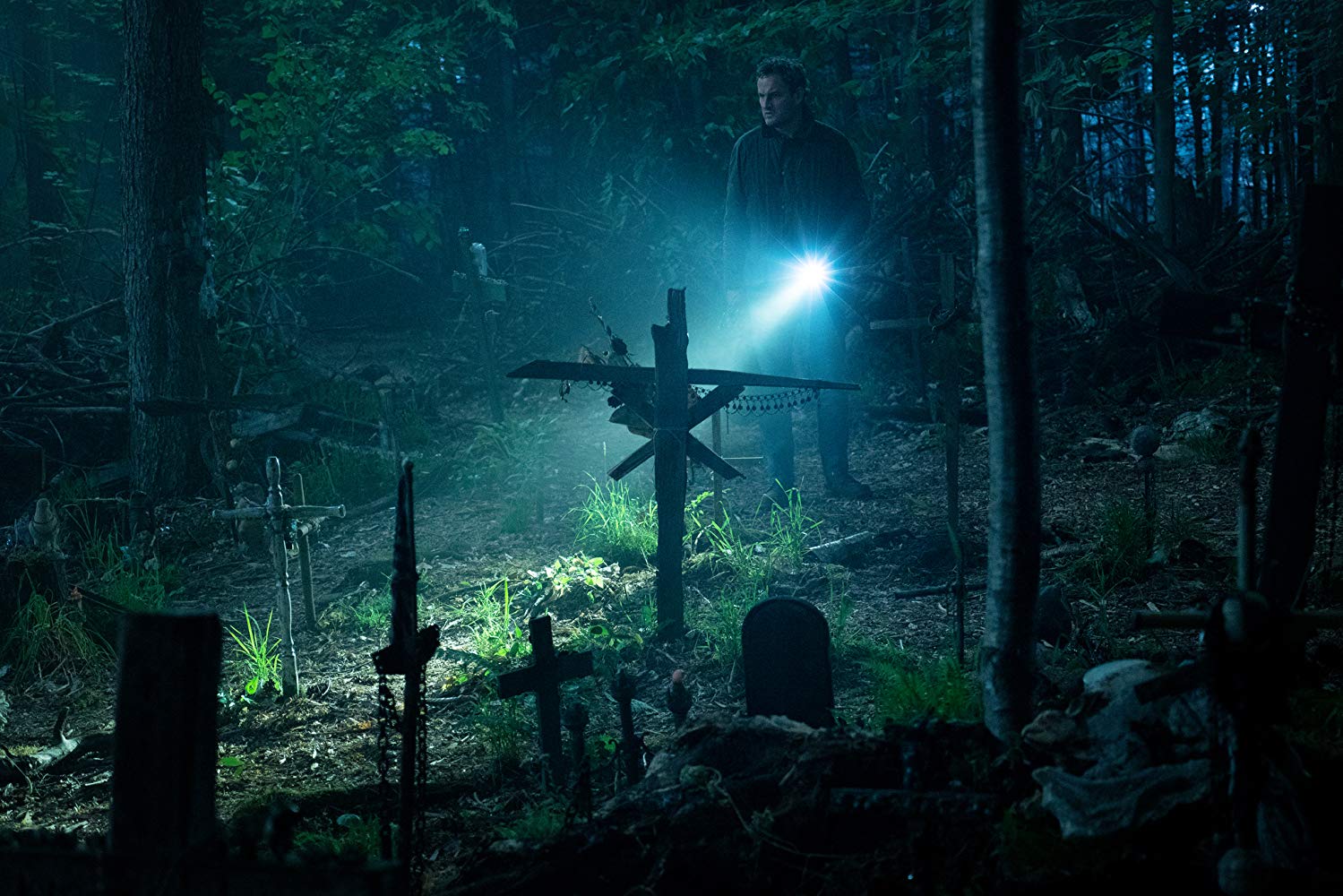 Well, before I answer that question, I’d like to make the clarification that while Pet Sematary has commonly been designated as a remake, I would argue that it, in fact, operates more like a reboot then a straight up remake. If you’re unfamiliar with the distinction between the two terms, then let me briefly explain. Remakes often see a single story redone—essentially beat for beat on a single story basis. Reboots, on the other hand, keep true to the overall “spirit” of the original story; however, they typically restart the IP (intellectual property) from scratch and take the story in a new and different direction. Therefore by those rules, Pet Sematary functions closer to the latter rather than the former—which upon viewing this film, was not a bad thing.

Perhaps due to the understanding that some folks have likely seen the original, one of the film’s biggest strengths is its ability to subvert expectations on various occasions by having memorable sequences play out differently (with different characters inhabiting those scenes). i.e. the discovery of the pet sematary, a certain pet’s passing, Jud’s encounter with one of the Creed children in the final act, etc.  Additionally, I appreciated what was done with some of the characters in the family unit. For instance, Louis Creed (CLARKE), the father of the unit, was portrayed as a realist who wasn’t particularly keen on the idea of heaven, hell, etc. As a result, when the inciting incident happens—first with his patient, and later with his child—his desperation and slow descent into madness make far more sense than the actions of his counterpart in the original (who is depicted as someone who has “faith” in heaven and God). Similarly, his wife, Rachel (SEIMETZ), who, in contrast, is far more in tune with matters of the spirit, also makes more sense in her ability to discern when things are “not quite right.” Finally, there is the character of the Creed’s neighbor, Jud (portrayed by the great John Lithgow), who is far grittier in this reboot than his slightly whimsical counterpart in the original. 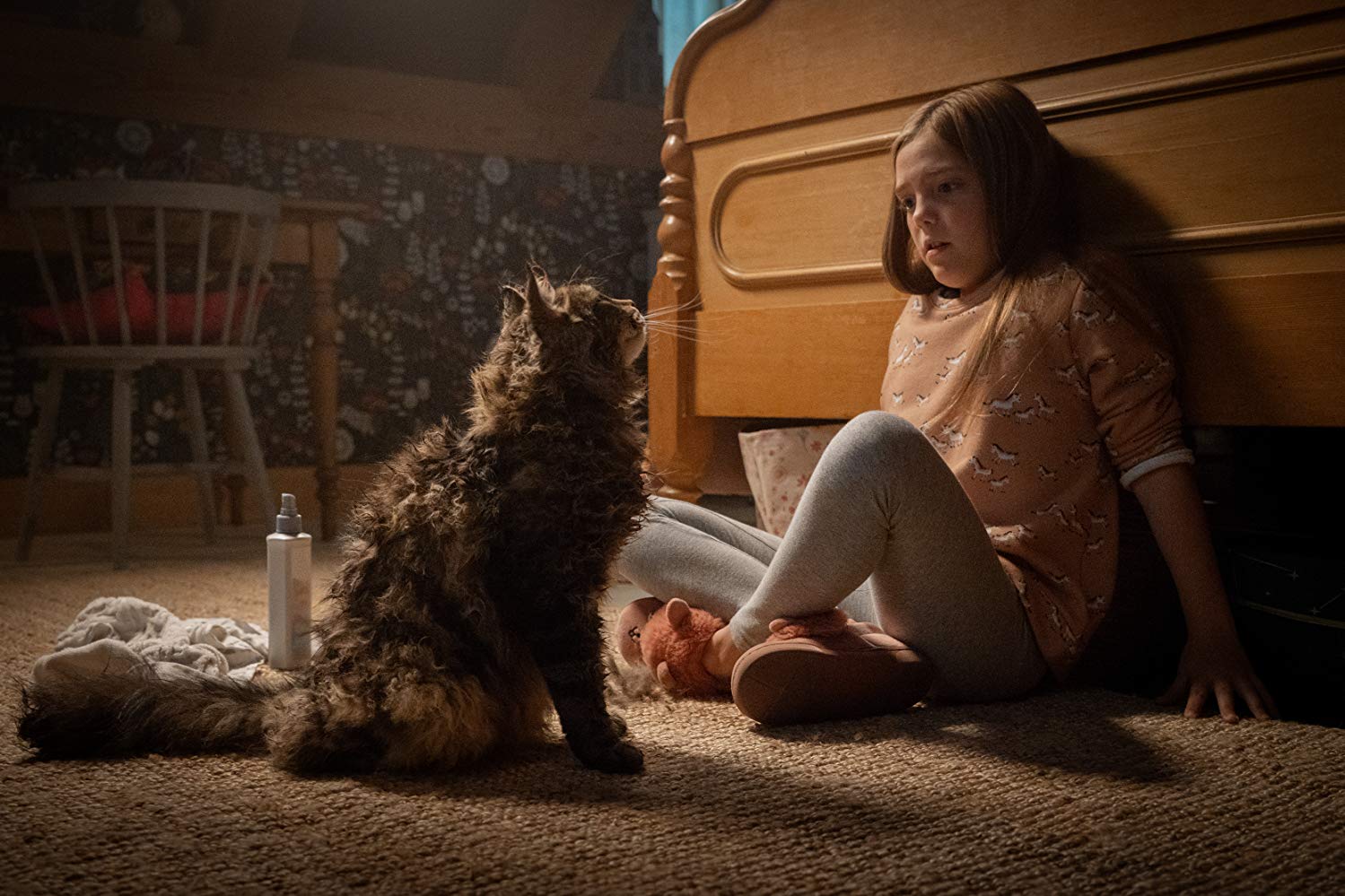 Now, despite the nice new approaches made to the characters mentioned above, I still had my gripes with some of the other choices made for this film. I’ll start with the character of Victor Pascow, this time portrayed by Obssa Ahmed. While Ahmed is perfectly serviceable in the role, he plays the character with far less pizzazz than the version provided by Brad Greenquist. Add to that, the fact that the character is given far less to do in the film and you get a wasted opportunity to utilize a perfectly awesome character. Another wasted opportunity came in the form of “the masked children” featured in the first act of the film—an element not featured in the original. Considering their prominent use in the promotional material for the film and the film’s function as a reboot, there was a perfect opportunity to integrate this new element. Unfortunately, aside from a brief cameo at the top, they’re never again utilized.

All in all, as someone who was supremely intrigued by the prospect of this reboot (especially as a fan of the original), ironically my feelings upon seeing this reboot played out much like “the sematary” itself. The film is like an entity resurrected with the promise of something “new,” but due to “sour soil” (failed execution on newer ideas/elements) it falls far short of what it could have been. As a result the property should’ve been allowed to “rest” rather than receive the resurrection treatment.

In the End: Pet Sematary has been resurrected but perhaps it was better left to rest.