Basically: After 22 years of this franchise you know what you’re in for—Tom Cruise saves the EARTH THROUGH SHEER FORCE OF WILL!

Mission: Impossible – Fallout is the sixth entry in the franchise that started in 1996. This story directly follows the events of the last movie, Rogue Nation where Ethan Hunt (Tom Cruise) stopped Solomon Lane (Sean Harris) and his evil spy group The Syndicate. At least he thought. With the leaderless Syndicate now called The Apostles, the group intends on getting their hands on nuclear material to make WMDs to destabilize the world through anarchy. When Hunt fails to acquire the nuclear material because of saving his teammate Luther (Ving Rhames) the CIA director Erica Sloan (Angela Bassett) sends Agent August Walker (Henry Cavill) to chaperone Hunt and his team as they try to stop the group from getting the bombs. 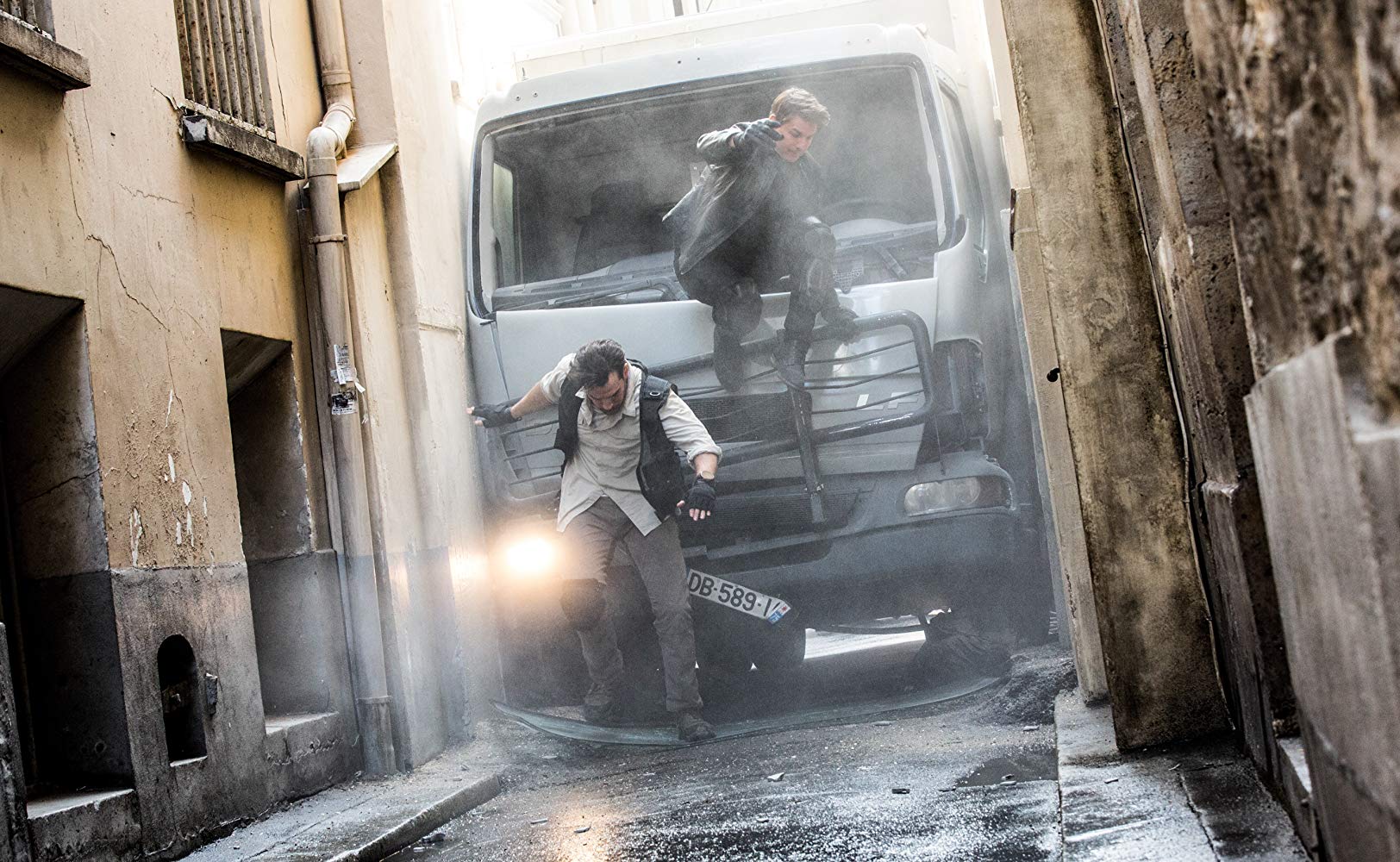 This MI entry might be the most bonkers and balls to the wall one to date. The movie starts a little slow—slow for an MI movie but still the movie ramps up after 30 minutes or so. Instead of getting into whether Tom Cruise is believable in his acting, or really any character, let’s talk about how Tom Cruise clearly has no fear. This man, in his mid-50s, is out here doing young Jackie Chan-level absurdity stunts. Cruise halo jumps out of a plane. Why? ’Cause he’s Tom Cruise. He does a motorcycle chase into traffic in Paris around the Arc de Triomphe ’cause he’s Tom freaking Cruise. He runs and jumps from building to building (breaking a leg in the process) ’cause he’s Tom Cruise. DAMMIT! And he’ll do whatever to sell the action. Seriously, though there’s a point in the movie where it’s just action set piece after set piece. This is the only film I’ve seen with three back to back car chases. Even Fast and Furious never set them up that close. It seems Mission: Impossible – Fallout’s goal is to outdo any and all other action movie franchises in order to compete with the superhero era of tentpole releases. It feels quite successful at hitting that goal.

As I said earlier, the acting isn’t something to focus on. Everyone does a fine enough job of being earnest, heroic, or a shady turncoat. Of course, Tom Cruise is on the screen most with everyone else’s performance orbiting around his super nice guy action hero—who doesn’t seem tired one bit. It’s funny because Cruise is only one year younger than Jon Voight was when he played Jim Phelps in the first Mission: Impossible movie (man, did he ever seem old and washed up). You’ll notice that Cruise and Rhames are a lot older now and Simon Pegg too, but it’s still a comfortable cast. Mission: Impossible – Fallout is a great action movie but don’t go in looking for more. Just sit back, get all your snacks, and enjoy the insanity on the (preferably IMAX) screen as Tom Cruise threatens his life for our enjoyment.