Basically:  The second chapter in the Prequel Potterverse series explores more of the backstory of Gellert Grindelwald and his rise to infamy.

As a longtime fan of the books and the movies, any trip into the wizarding world of J.K. Rowling is time worth spending. In that respect, I found this ensemble movie to be entertaining—even if only superficially. I wish I could say The Crimes of Grindelwald, at least, lived up to the character-building and world-building of its predecessors but it falls short and serves as “filler”.

The events and the secrets revealed in this film are important and they help our understanding of the atmosphere that led to the split of the wizarding world into opposing factions. However, the pace and plotting are messy and inconsistent, leading the audience by the nose from one reveal to the next in a rushed and dispassionate fashion. We don’t have time to reconnect with any of the characters from the first film nor to care about what happens to them. Some, like Queenie Goldstein (reprised by Alison Sudol), demonstrate so many startling and nonsensical reversals of character that they are barely recognizable.

Despite the disjointed plotting, the writing in Crimes of Grindelwald is better than the first installment—which is why it is so disappointing when it falls back into tropes towards the end. Without revealing any spoilers, I have to say, J.K. Rowling’s stories continue to be problematic in their handling of men and women of color. Zoë Kravitz as Leta Lestrange and Claudia Kim as Nagini are so misused and wasted in this film that you can’t even call their inclusion lip service to diversity concerns. (I can’t reveal much more here, before the film’s release, but look for a full discussion on Geek Girl Riot because I have feelings and more things to say.) 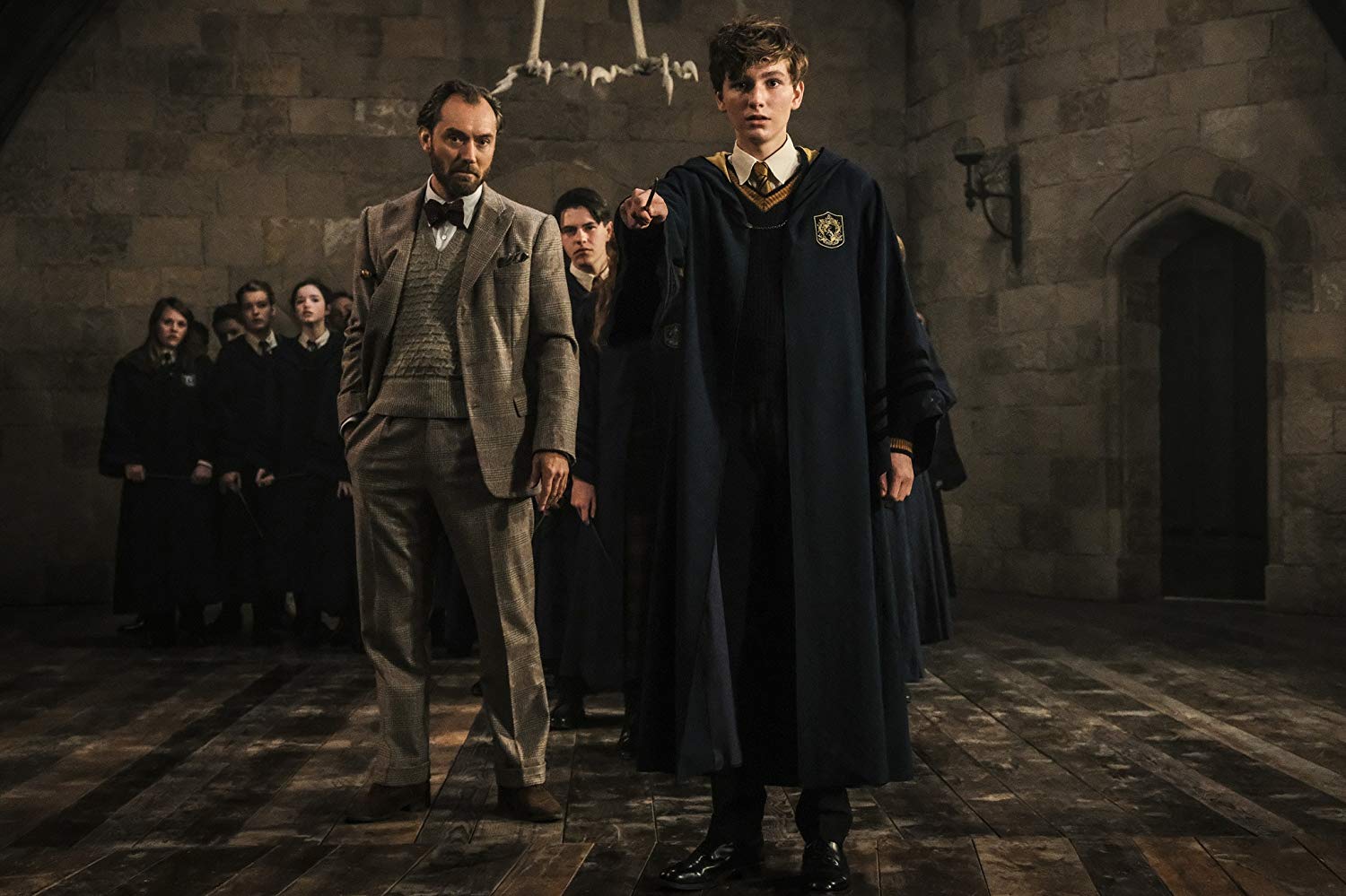 And then there is the titular villain himself: Gellert Grindelwald (Johnny Depp). The filmmakers want to convince us Grindelwald has a seductive power, akin to Charles Manson, in that he is able to manipulate his followers to commit atrocities for “the greater good” of wizard kind. Unfortunately, Depp’s performance lacked the nuance and depth necessary to make it believable. Depp’s version of Grindelwald is wooden and one dimensional in comparison to Colin Farrell’s “quiet menace” as the villain in the first Fantastic Beasts installment.

Jude Law as a young Albus Dumbledore is the best part of this film and I look forward to seeing more of him in the future. I was also pleasantly surprised that the filmmakers didn’t shy completely away from exploring the nature and history of the relationship between Dumbledore and Grindelwald. I hope they build on that short tease in future films with more meaningful flashbacks to add context to the confrontation that these films is building towards.

In the End: Fans of the Potterverse should watch this movie, as it does give you a few vital pieces of information that will pay off later, but make sure you temper your expectations (and your enthusiasm).