Basically: A one-dimensional movie with watchable characters and awkward character interactions—murderporn has a new name, sadly for Eli Roth it’s not his.

Bruce Willis takes over the role of Paul Kersey in Death Wish, a relaunch of the 1974 motion picture starring Charles Bronson. Kersey is a man who has “lost it all.” Within a cloud of pain, rage, and privilege he decides the lawless “blood-soaked” streets of Chicago (dubbed the City of Death) need to be reigned in and he is the man for the job.

Like all movies of our generation, this one has a beginning, middle and end. Sadly, I had to sit through all three. Now, before we skip down this path of societal decrepitude as crafted by director Eli Roth, let me state this: I am and remain a fan of Bruce Willis. I have been his ride-or-Die Hard going back to when he charmed us all in one of the greatest Christmas movies of all time. That being said, calling what Eli Roth has done a failure would be a criminal understatement. The original version tapped into the helplessness and cultural prejudice of nightmarish urban blight awashed in violence and hooliganry. Death Wish (1974) exploited that prejudice into a 5-movie franchise. The 2018 movie attempts to do the same, magnificently ignoring the cultural implications of an affluent white male—with a seemingly endless supply of hoodies—running through a ravaged city, killing multiple criminals of color and the occasional white men. It may have worked for Batman but in this movie Bruce Willis…is…no…Batman. Unlike the dark knight who trained as a crime fighter in far off mystical lands, Kersey’s crime fighting training and “skill” is all thanks to the power of YouTube—I bet you thought it was only good for videos of cute pets and babies. 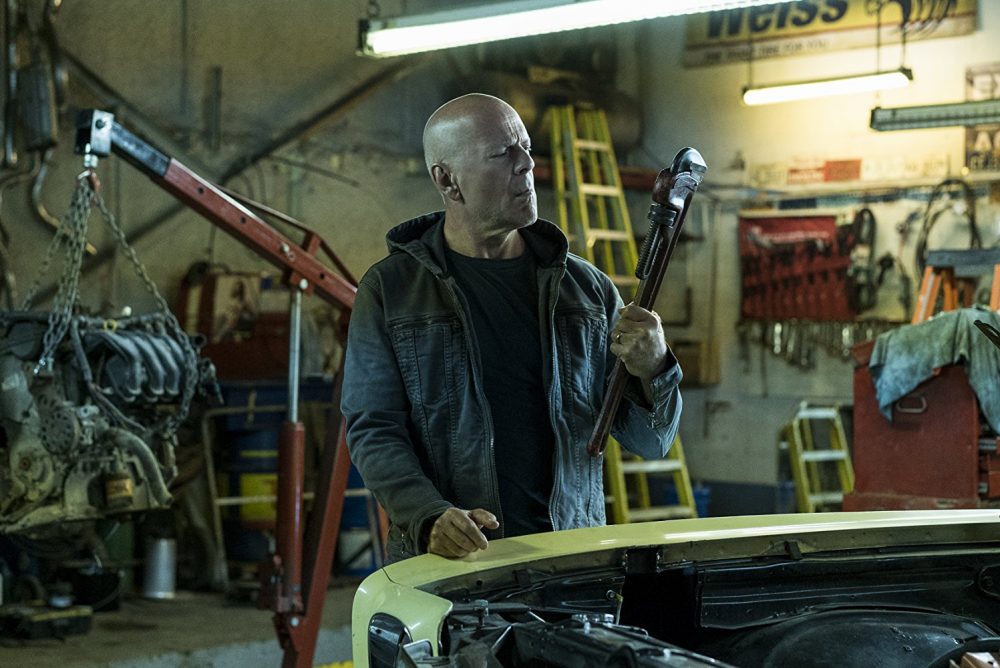 Terrifying culture murder fantasy aside, this movie ka-klunks along like a 3-legged horse in the Kentucky Derby—all hope, no finish. Roth’s attempts to make Willis’ character likeable are forced, awkward, and cliché. Willis’ character is a doctor, a family man, and all around good chum whom you would want to have a beer with to talk about Da Bears. In actuality, the character feels disconnected from his own humanity. No sense of empathy can be mustered into existence for him. Even in heartfelt scenes, as when his family is harmed and he proclaims, “I did everything I was supposed to do. Why did this happen to me?” Willis’ portrayal is limited in emotional range and at times robotic.  This is more apparent when confronted with an online video recording of his first killing. His response is simply, “Whoa”. Truth be told, I felt more empathy for the guy in the row behind me whose order of nachos got screwed up by concessions. While Willis was charming as John McClane in Die Hard, this performance made me long for the days of Bruno and Hudson Hawk. 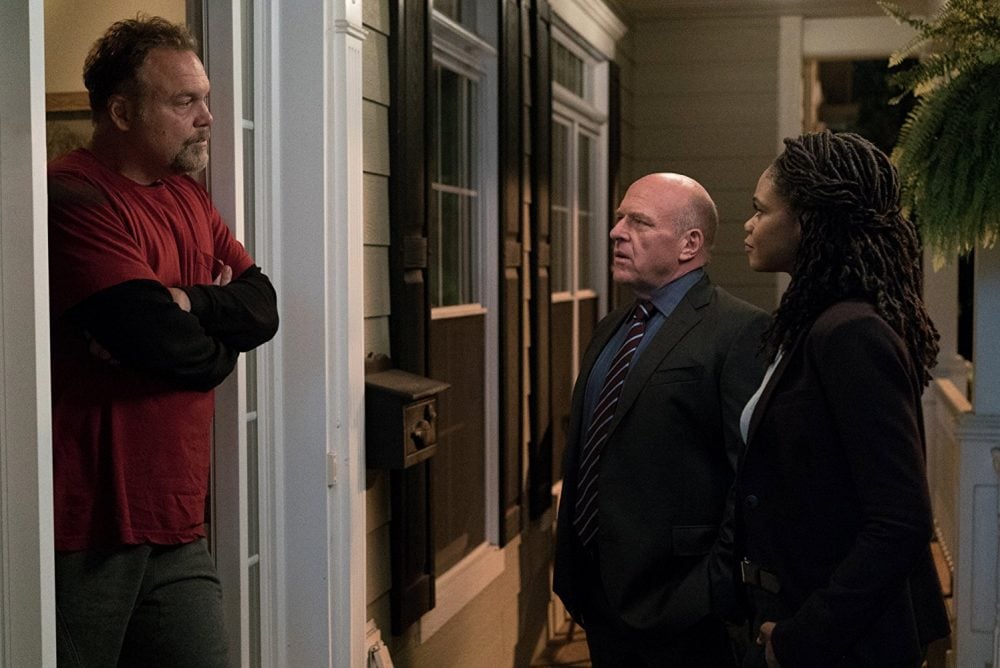 As the movie trudged along, I was at least satiated by a few shiny moments. Vincent D’Onofrio’s Frank Kersey, the brother of Willis’ character, attempts to salvage this wayward ship like the first mate of the Titanic. D’Onofrio does an impressive job of transitioning from lovable hapless screw-up into the moral conscious once he discovers his brother’s secret. D’Onofrio does such a good job you actually wish that he was in the role of Paul Kersey. Secondly, Roth is an excellent director, I had to remind myself of that often during this movie. The scenes are composed well, pacing feels planned, and there is a palpable tension—Roth’s trademarks. However, as the movie quickly goes from running to limping along toward an end that can only be congratulated for not including a scene where a bad guy gets shot in the face with a rocket launcher [see Death Wish V: The Faces of Death]. In his inevitably blood-splashed ending Roth attempts to satirize the narratives of violence, gun control, vigilantism, and the caustic nature of social media celebrity. Unfortunately, his social commentary is buried beneath the mediocrity of the film, and shows up too late for me to care.

In the end: Dear Netflix, please give Eli Roth a directing gig on the next Punisher season—his sly use of a Punisher logo tank top says he wants one. Do this, if only to prevent this new Death Wish franchise from stretching forward like one of the plagues of Egypt.