Basically: Breaking In is Panic Room with a Yippie-Ki-Yay-Mom.

In full 2018 mode, we have a movie with a woman fighting criminals by herself with no men to help her AND she’s gotta save her kids AND she’s competent so she just goes hard. In the setup for this tale, Shaun Russell (Gabrielle Union) is on her way to her childhood home to prepare it for sale after the death of her estranged father. Her two children travel with her to pack up but soon after they get into the house they find they are not alone. Thieves have busted in, they capture the kids Jasmine (Ajiona Alexus) and Glover (Seth Banee Carr), and lockdown the fortress like house with mom on the outside. Now Shaun has to find a way to get back in to save her children and she’s willing to do anything.

Now, to keep this review completely 100, Breaking In is barely any good but it is cathartic seeing a black mother go into complete beast mode. Gabrielle Union is believable even when she sneaks around like a cool ninja. The two younger actors never went into annoying mode, they felt like smart well-raised kids trapped in their criminal grandfather’s technologically fortified house—who was their motivation ’cause it worked? 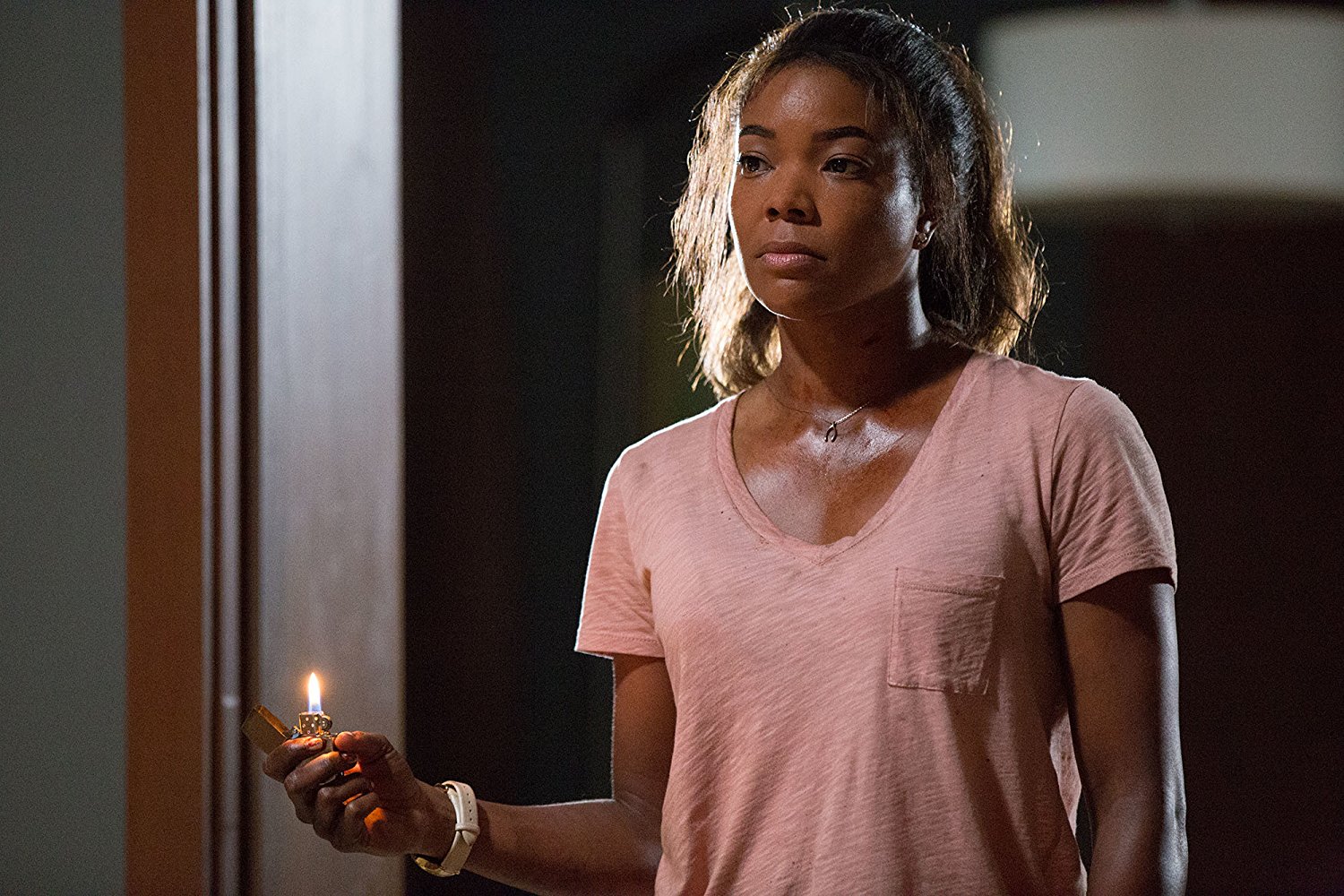 The bad guys are actually the weakest part of the movie. None of them have charisma or feel like an overwhelming threat. They’re all paint-by-numbers stereotypes of other bad guys: one middle-aged grizzled smart leader thief (Billy Burke), one laughable Latin man in a wife beater with a BIG knife and a “kill, stab, kill” mentality (Richard Cabral), a sensitive drug addict who thinks the gang is going too far and should just go (Levi Meaden), and a crazed military nerd guy (Mark Furze). They’re all lame. You’re just waiting to see how Shaun is going to outsmart them and she does so in adept fashion.

The ending of Breaking In is a tad bit tired, in terms of using some terrible tropes, including the threat of sexual assault. That didn’t need to be in there. It was also interesting that the ticking clock inside the story has nearly the same runtime as the movie—a little over 90 minutes. That might’ve worked to build more tension but, as you can tell, the movie could have benefitted from a woman writer. It just doesn’t feel like it was originally written with a woman in mind. The story is the idea of producer Jaime Primak Sullivan so it’s done well enough that Union could take the role in a similar direction as Salt starring Angelina Jolie.

In the end: Breaking In does an ok job of being interesting counter-programming to Infinity War this weekend—it’s not bad if you decide to go see it in theaters but you’re not missing a lot if you stay home.

We have a whole lotta thoughts on Breaking In…read Renee’s review now!