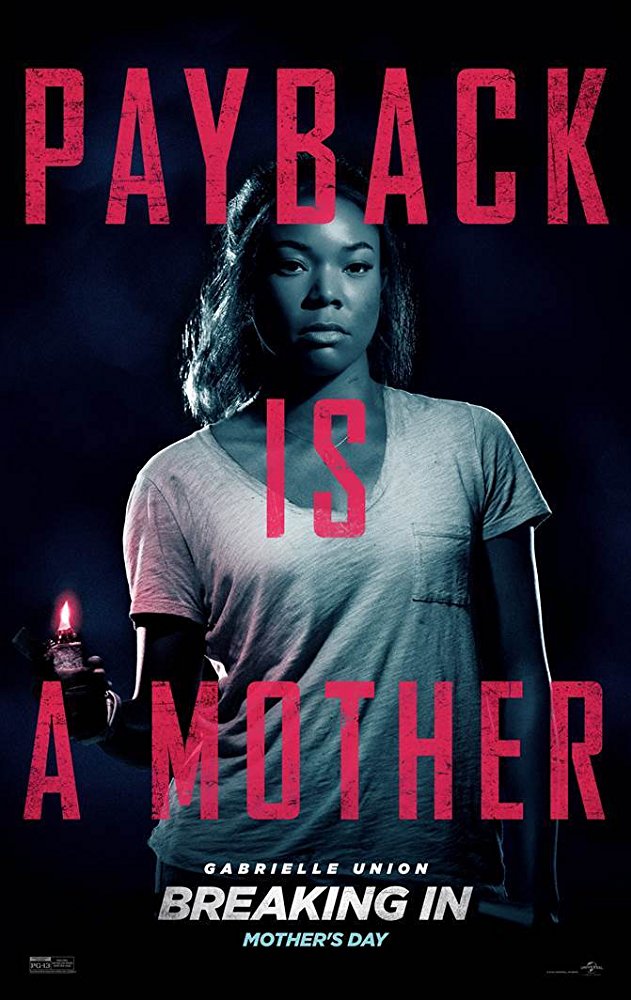 Basically: A woman’s two children are held hostage in her childhood home by bad guys who are convinced there is money in the house.

Breaking In starts out with a brutal but almost expected opening scene (trust me, you’ll see it coming a mile away). Then it lulls you into a false sense of peace, introducing you to Shaun Russell (Gabrielle Union) and her two children Jasmine (Ajiona Alexus) and Glover (Seth Banee Carr). Union is adorable in the first car scene, playing both mother and friend to her children as they pass the time on the way to her recently deceased “criminal” father’s country home.

It isn’t until they arrive at the house that things get weird. It’s subtle at first, little things that seem out of place: doors open, cups out of cabinets, a broken picture. So subtle, that even though I KNEW what this movie was about I was a little creeped out. Then, when Glover is taken hostage things go downhill fast. 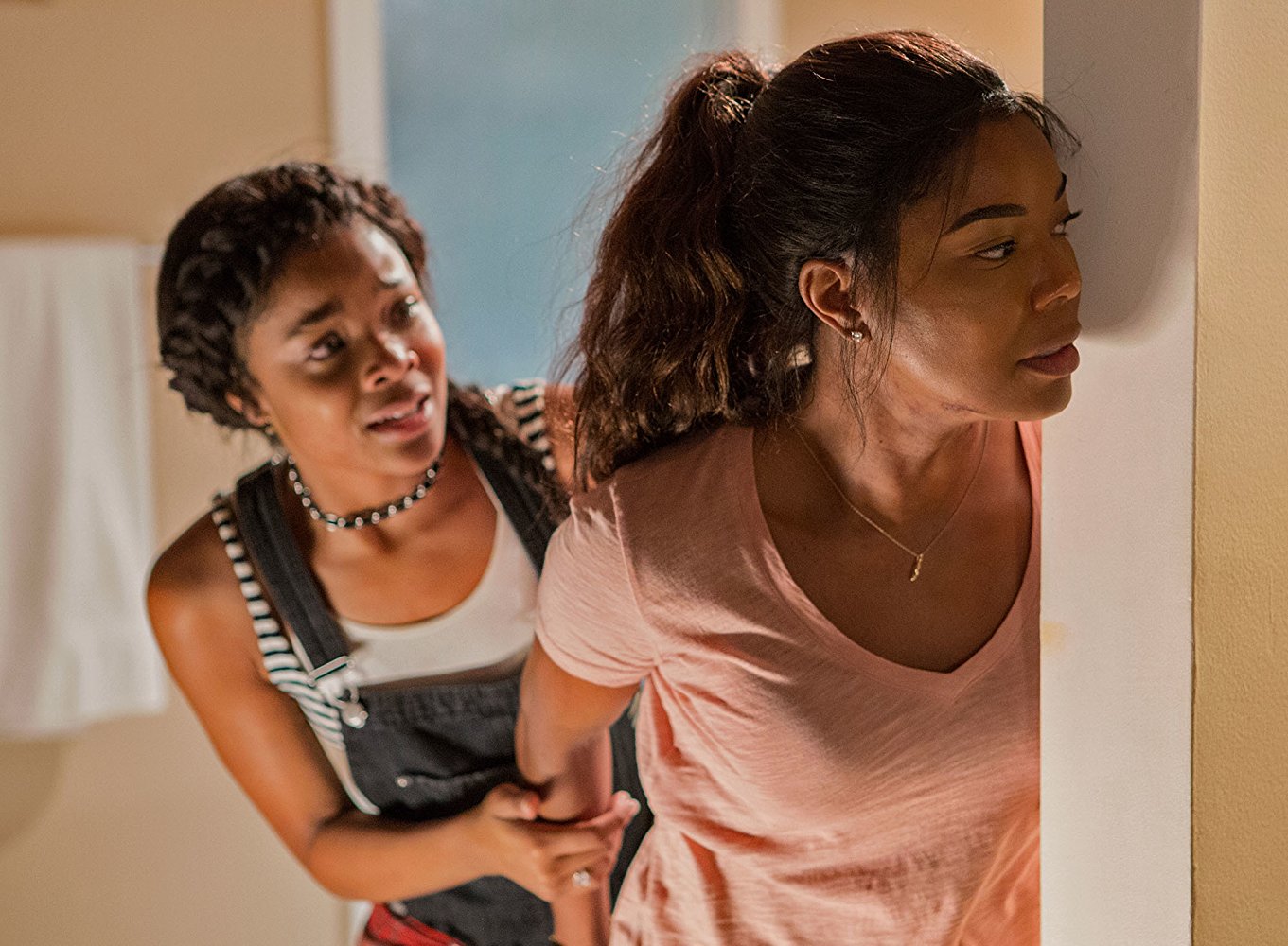 Shaun happens to be outside when her kids are taken and her face as she is slowly being locked out of the house, via some high-tech barriers, is one I won’t soon forget. She honestly looks like a devastated mom, one with the rage of a Momma Bear but no way to act on that rage. Then Shaun turns into that rarest of gems in Hollywood…a heroine who is smart and brave in the face of danger.

She doesn’t scream and run away. Those bastards have her kids and she is not leaving them behind. Ryan Engle (the writer) put Shaun on her home turf and let her be as brave and angry as any real mother would be if someone had endangered her kids. He lets her do the right things—the SMART things. He also lets her feel pain and fear but it never overwhelms her. She’s not some superhero ex-Seal/assassin, nope, she’s just a mom who is trying to save her kids.

That being said, the bad guys are sort of a problem. They aren’t very active. They aren’t chasing her down because they know the money is in the house and they have hostages. This makes them seem passive and takes away a lot of tension. 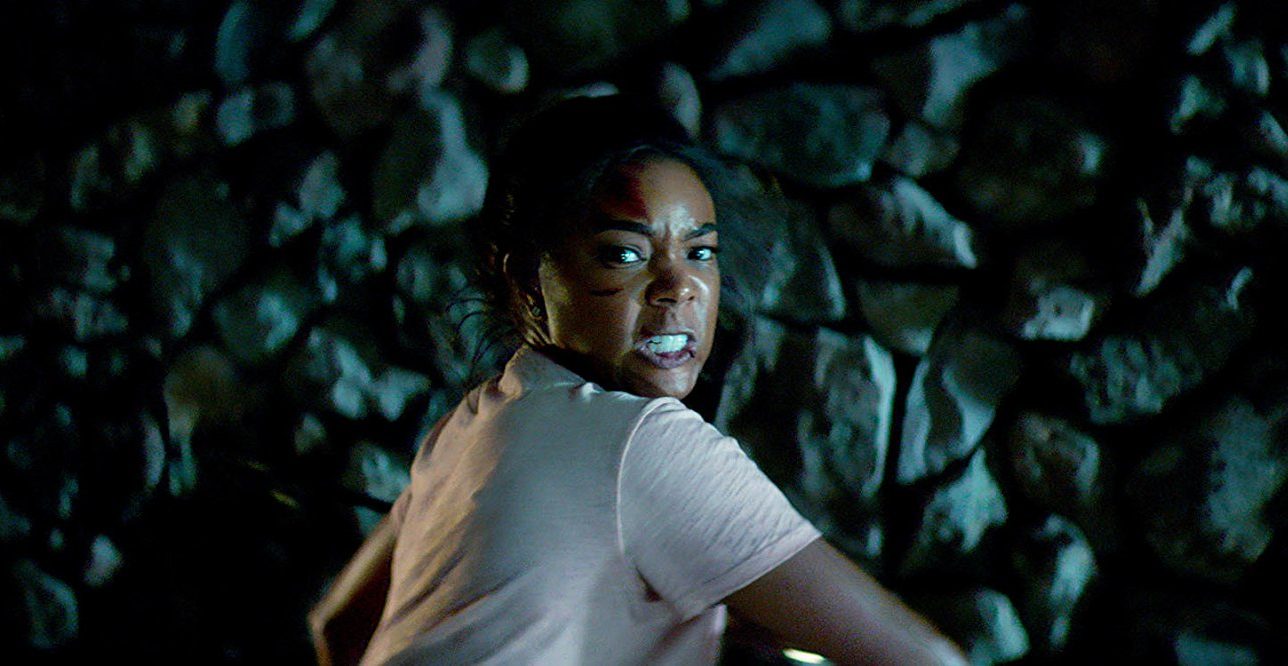 There’s also Duncan (Richard Cabral), the tattooed Latino psychopath who likes knives? It’s been done, guys. It isn’t original, it isn’t fun, and it isn’t nice. He is supposed to be the most terrifying of the bunch and Cabral did a great job. Still, every time he was on screen I was just mad at the director (James McTeigue) for allowing such an overused Hollywood stereotype to come into a movie that was doing a good job bucking them.

There were a few really strange camera angles too. One where Glover is spying on Jasmine you can see a lot of her butt. I don’t think it was intentional but it was odd and a little unsettling. Another angle shows our Latino psychopath killing someone but we don’t actually see the knife or the wound, just his strange, nearly orgasmic, facial expression. I understand this was a way to keep that PG-13 rating but omg…Awkward!

Overall, there are so many great moments in this movie. It is rare when I fist pump the air and the people around me cheer and clap en masse—but that happened with Breaking In. The movie is good and the ending is satisfying, even if the bad guys are a little lacking.

In the end: This Mother’s Day, if you have a mom who is bad-ass take her to see a woman just like her!

We have a whole lotta thoughts on Breaking In…read Julian’s review now!