Basically: Five female scientists discover a beautiful, horrifying ecology that just might obliterate everything on Earth.

At rise, Lena (Natalie Portman) is being interrogated. She is the only member of an expedition, to the quarantined Area X, to return and the higher-ups want to know how she survived. Lena can’t remember; key details are fuzzy and her responses border on incoherent. Much like her husband—the only other person to emerge from Area X aka the Shimmer during an earlier expedition—she is confused and disoriented. But she relates what she can.

After a bizarre reunion with her husband at their home, Lena volunteers to join fellow scientists Anya (Gina Rodriguez), Josie (Tessa Thompson), Cass (Tuva Novotny), and the psychologist Ventress (Jennifer Jason Leigh) who intends to lead the team. As an army vet herself, Lena’s expertise as a biologist and medical researcher will be invaluable. Alongside the others, Lena makes her way into the Shimmer, an area infected by alien life, and finds impossible mutations, including an albino alligator with sharklike rows of teeth and a monstrous swamp bear.

As they go deeper into the alien ecology, the women’s minds and bodies undergo radical changes. They may not be able to complete the mission before they are completely unmade…or get killed by mutant fauna. If the team cannot find The Lighthouse, the epicenter of this infestation, Lena will never find the answers to what happened to her husband and humanity may lose its only chance to survive…because this alien infection is spreading, and what it carries will radically transform or perhaps extinguish life around the world. 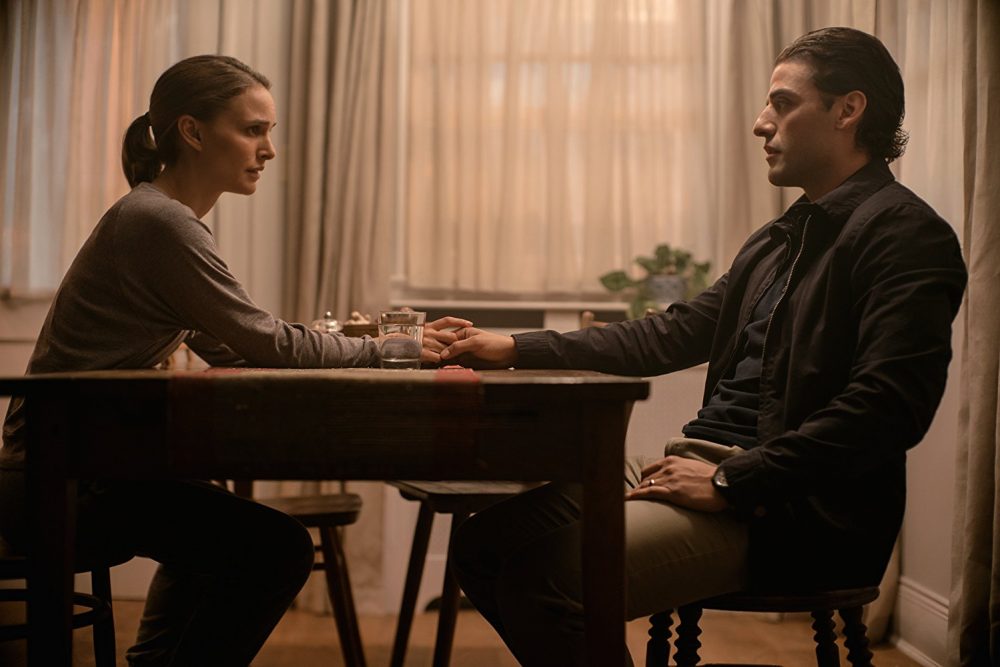 Director Alex Garland has created a complex, visually stunning film laced with memorable performances from Portman, Oscar Isaac (as Lena’s husband Kane), and Leigh in particular. Viewers will be engaged by the women’s struggle to retain their humanity, even as the nightmarish environment around them tears away any hope of making it out intact. Garland and his actors do a very effective job of keeping the focus tight, depicting their inner and outer disintegration—suffering bouts of madness, the temptation to assimilate, even plunging into unknown territory alone—on their way to The Lighthouse and beyond.

Based on the novel by Jeff VanderMeer, the movie deviates significantly from its source material. The novel is actually the recovered fieldbook of The Biologist (who is never named) and her struggle to come to terms with Area X; the movie has a more basic narrative structure, with a more linear plot that has some conventional movie elements missing from the book. This doesn’t make one better or worse, but viewers should be aware that they are different.

With rich visuals and an intriguing emotional core—wherein there are layers upon layers to be peeled back just as Area X peels away the team’s emotional armor—Annihilation will invite considerable discussion over its themes: the dismantling of self in the course of evolution, and what a first contact might actually resemble…

Although there are many strong elements to the movie, I personally feel Garland might have gone farther and been more daring with his story. The third act doesn’t quite stick the landing, IMHO. The resolution of Lena’s journey ends with rather ordinary fireworks and a closeout like many we’ve seen before.

In the end: Many viewers will enjoy the experience of Annihilation, its hallucinogenic, nightmarish quality is carried by strong visuals and good performances across the board.