Basically: Love, addiction, and the darker side of fame

I had to sit on this one for a while, I couldn’t just churn out this review like many of my peers were able to. A Star is Born (2018) is a pretty surprising movie, for a couple of different reasons. First, I didn’t expect Bradley Cooper to be as good of a filmmaker this fast. This is literally his first film as a director and he really must’ve listened to and studied the great directors he’s had the opportunity to work with. Second, this is the third remake of this movie—there are four films with the same title, one for each age of American cinema—not counting all the stories this story has influenced over the past eighty or so years. Despite the well worn influences, this version feels different. You’re able to forget the history and flow into the story. This is a rare feat, since the original (or in this case earlier versions) usually hover and you compare it constantly in your head. 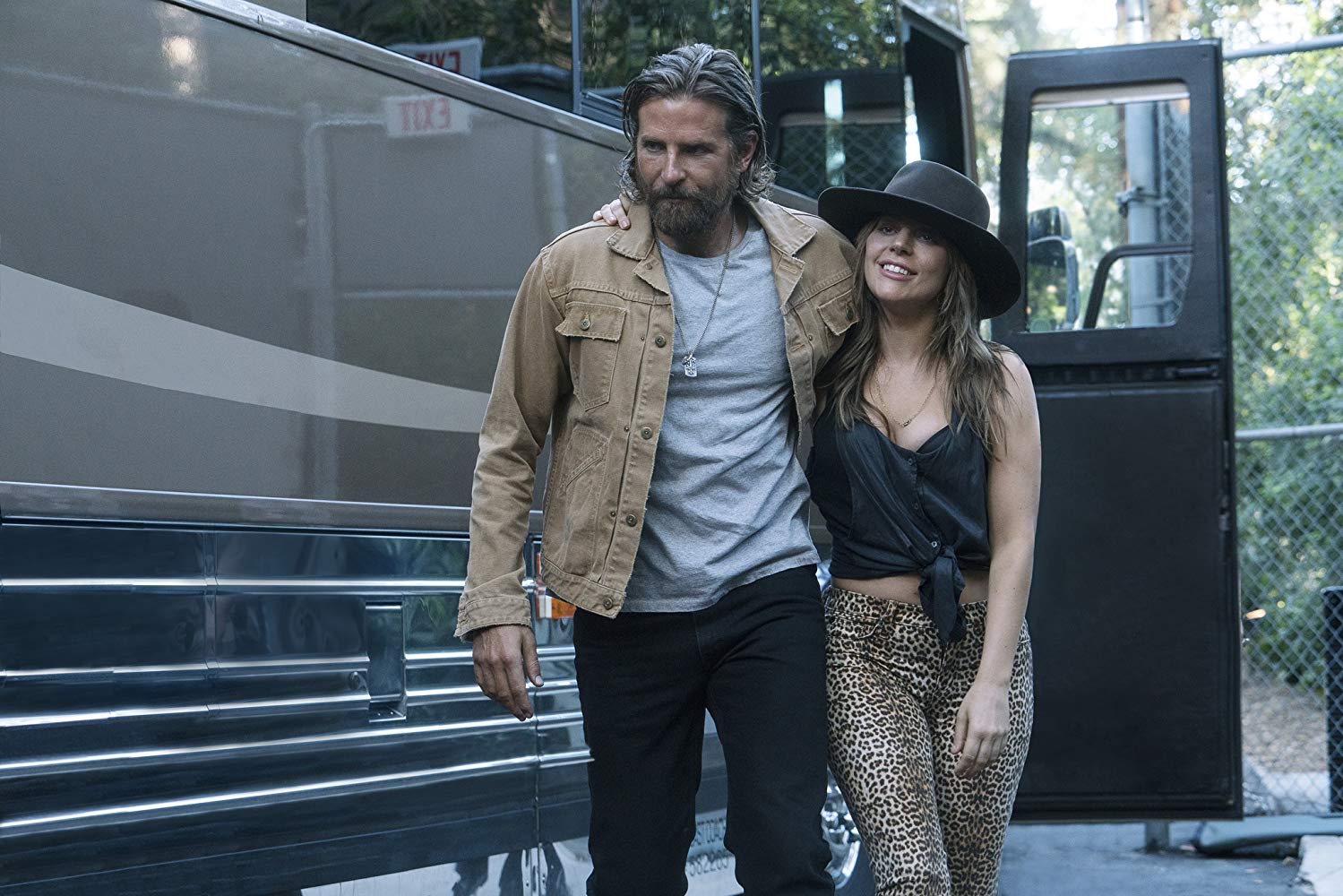 The plot of A Star Is Born is reminiscent of all of the previous ones but it’s mostly an updated take on the 70s version (Barbra Streisand, Kris Kristofferson) with its use of rock music and songwriting instead of movie stardom as the first two did. The film opens with Cooper’s Jackson Maine, a popular stadium-filling recording artist in the southern rock vein. After a successful concert, he goes out to find a place to drink and ends up in watching our heroine Ally (Lady Gaga) perform “La Vie En Rose”. This is a very meta type of scene for anyone who knows anything about the early parts of Gaga’s career (you’ll see). Jackson is instantly infatuated not just by her beauty but also her singing talent. Thanks to Ally’s friend Ramon (Anthony Ramos, She’s Gotta Have It series), Jackson goes backstage to meet her and their story begins…

Cooper does a great job of making this a music film, as it digs into how music is made and constructed these days—artists get pushed into making albums that don’t fit them even if they can execute those genres well. Similar to musicals, this film uses the songs to tell the story, especially when the pop music Ally has to record feels a bit soulless or in the use of EDM drops and basic trap style production.

A Star Is Born does cover some of the big plot points of the older films but with Jackson’s demons being less about ego and his falling star and more about health issues and addiction contributing to his fading star. Cooper does an amazing job here with his childhood rearing its head the whole film and you can feel his every emotion through his face and body language. He also does a great job with his singing. Cooper’s performance and direction give Gaga the space to shine. Of course, her singing is killer but she’s finally able to show she can act more than in other film roles she’s had or the TV she’s done. There is a comfort and chemistry when Gaga and Cooper are on screen together that works. You feel they care for each other and that’s usually hard to see on the screen.

Every other actor here brings their A-Game, especially Sam Elliott as Jackson’s brother Bobby. Man, is he a gem with a grave voice of authority that Jackson constantly tries to rebel against. If you’ve seen any of the earlier versions you know the ending has some real sadness but with this year, really the past few, seeing so many recording artists deal with addiction it feels timely. Even though their stories are different, I saw this film right after the passing of Mac Miller and I couldn’t help but feel that when watching Jackson. Even though he loves Ally and is proud of her success there are battles he can’t win. So be that Chester from Linkin Park or Demi Lovato’s issue, this past year gives this film more emotion than the other versions. This might be the most human feeling version (note: I’ve never seen the original in its entirety). It’s a definite must see this fall and probably the best soundtrack of the year easy.

In The End: A fantastic first film from a great actor turned director with a stellar performance by a Queen of Pop who might become a star in a totally different medium.