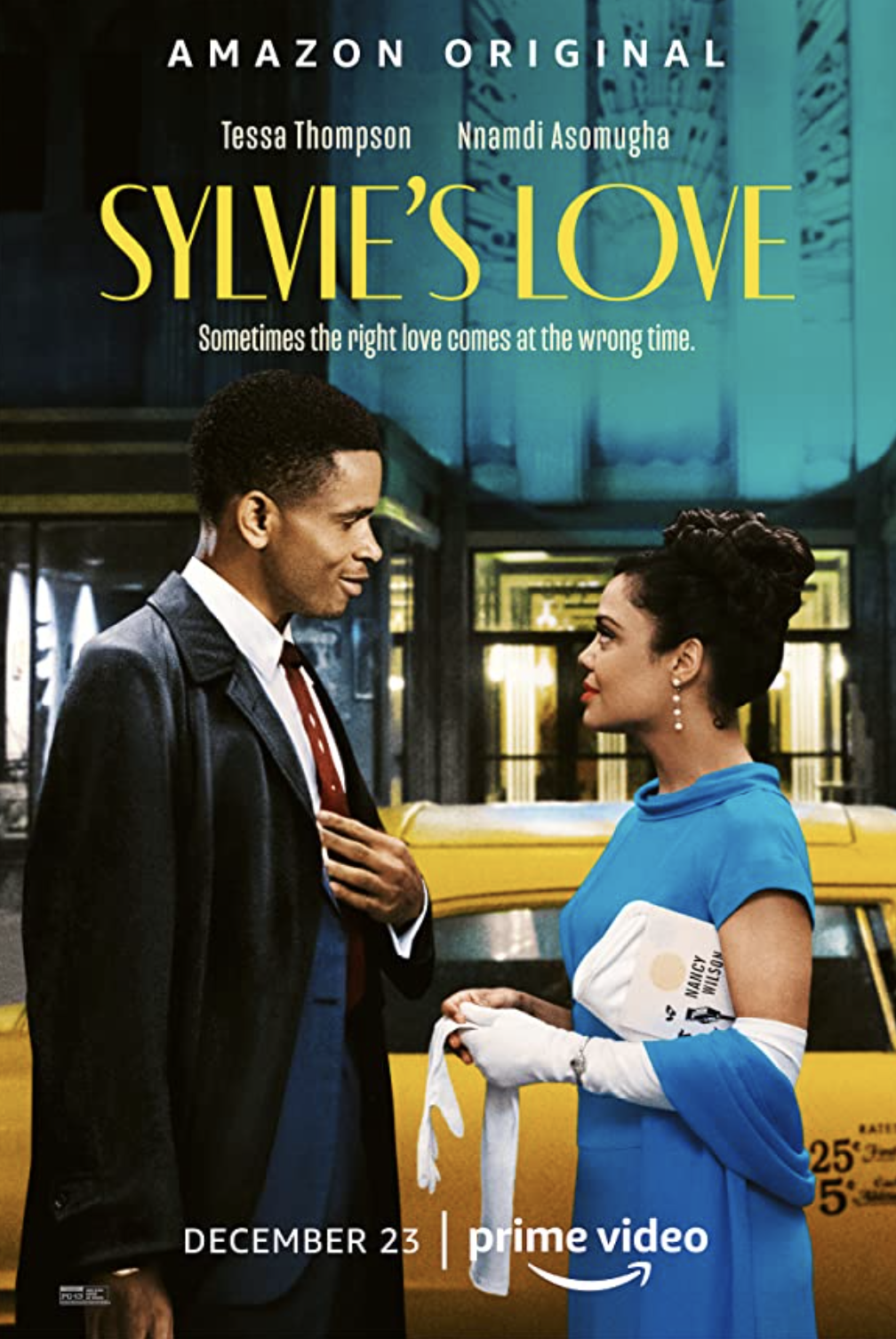 Basically: A beautiful romance period piece with a great message and great looks.

I might be absent-minded or maybe I haven’t seen as many films as others, but one thing I’ve missed is the straight-up romantic/love movie. Although a lot of times considered a “chick flick” there’s some fulfillment in seeing two people have a nice meet-cute and then fall in love and then have some type of obstruction to their everlasting happiness together before the runtime is over. And while there are networks like Lifetime Channel that might have stuff like this or maybe Hallmark Channel, those brands have become tropes of their own. But, as I enter the world of hyperbole caused by the slowed-down dimension of 2020, I get to Sylvie’s Love. A film written and directed by Eugene Ashe about a young woman in the late 1950s named Sylvie (Tessa Thompson), who while working at her father’s record store meets a young man named Robert (Nnamdi Asomugha), a sax player who asks for a job there during the summer. After spending time with each other, of course, these two attractive people become attracted to and fall for each other. The thing is, life keeps them from being together and then time passes.

The first thing that stood out to me is how the film looks—the use of film grain and the type of lighting used gives Sylvie’s Love an aesthetic of older films from that time period and really helps set the mood. Thompson and Asomugha have good chemistry, nothing feels forced and both are able to play the initial infatuation and deeper connection of a loving relationship. A lot of this film is about Sylvie, not only her love but her ambitions to work in television. We see how being a woman in the 1960s conflicts with those passions. Thompson is her usual excellent self here as Sylvie, in all the ups and downs of both of her loves: her career and Robert. Asomugha, a former football player, is pretty impressive as well. I have to say I’m not that familiar with him but he felt natural on camera and is a great leading man in looks and charisma. I’m not going to go through every actor in this but the rest of the cast all do a great job building the world and working off the main two characters, especially Lance Reddick who—I can’t lie—I still see as Cedric Daniels in The Wire. It was nice to see Reddick get to let loose a bit in this performance.

I don’t have any real negatives to talk about here. You can pretty much guess where this will go and what decisions are going to be made. No real big surprises but the journey was nice, the setting was nice, seeing all these Black folks just live is nice. They look fabulous in the costuming and hairstyles and makeup and jazz clubs and it all just feels GOOOOD. This is a film I can watch and rewatch with ease. I hope everyone takes the time to sit and enjoy this great film.

In the End: Sylvie’s Love is a beautiful romantic drama with great performances and a lovely feel that’s timeless.