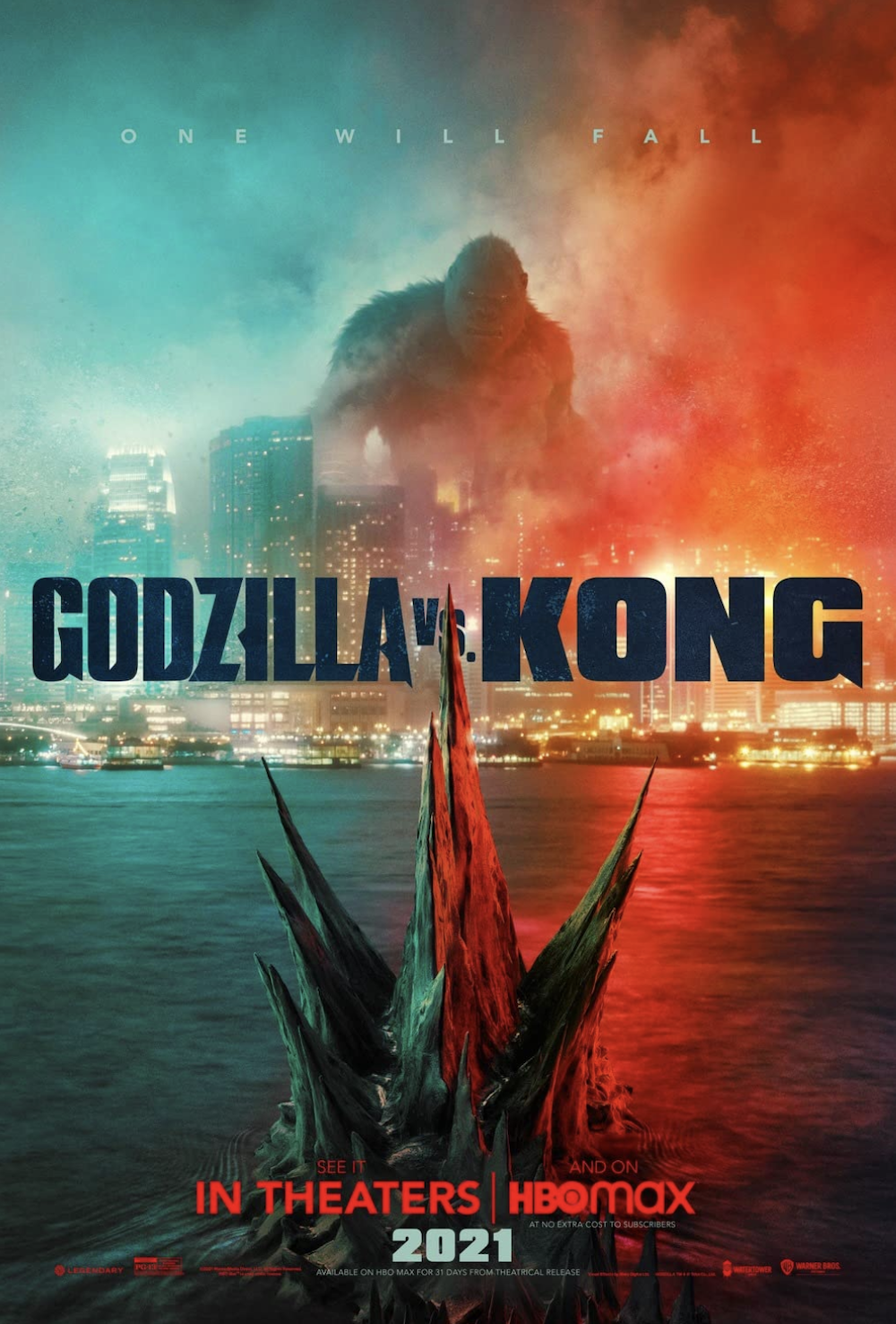 Basically: The title pretty much spells out what this is: God Lizard vs King Gorilla.

Now, what does anyone need to say to set up Godzilla vs. Kong? From the start of the Legendary MonsterVerse this film has been the end goal. Out of all the sudden movie universe restructuring post MCU, this franchise is the only one that has actually completed as intended. The only goal of Godzilla vs. Kong (they ain’t putting respect on King Kong’s name in the title, just to let you know) is to have as much screen time of the two Titans—remember in these Western movies they aren’t called Kaiju—knucking and bucking and ready to fight.

The film starts sometime after King of the Monsters and now the once-thought-of hero of Earth Godzilla is seemingly randomly attacking cities with only one clue: The Apex Cybernetics corporation have sites there. Meanwhile, Kong is older and larger and Monarch has encased his island in something that looks like The Truman Show. On the island, Kong has only one human he likes, a little iwi (the group of Indigenous folks we saw in Skull Island) girl named Jia (Kaylee Hottle). She’s the only one left and is raised by Dr. Ilene Andrews (Rebecca Hall) who is trying to keep Kong hidden from Godzilla. That is until the head of Apex Cybernetics, Walter Simmons (Demián Bichir) makes an offer to Monarch geologist Dr. Nathan Lind (Alexander Skarsgård) to achieve proof of one of his theories and they need to use Kong to achieve it. From there a lot of hoops are jumped through and the pacing is fast to get the two digital stars engaged in giant Earth-shaking fisticuffs.

Kyle Chandler and Millie Bobby Brown reprise their roles from the last movie. Are they needed? Yes. Do they bring much to the plot? Nope. Here’s why: The reason I give this movie a 7.5 instead of an 8 or higher is that for the most part none of the human scenes matter. While for a lot of people who want to see Godzilla vs. Kong for the monsters and the fight, as an old fan of Godzilla movies and a person who liked the last film, I want the human parts to matter more. This is not to say the performances are bad…well, Eiza González as Maya Simmons is pretty poor but that’s because she’s literally there to be a hot lady who barks orders. For me, the human scenes always mean something in Godzilla movies (and I’ve seen just about every single one). The themes of the story are typically communicated through the human characters, but, hey, most folks don’t care or look at Japanese films that deeply. ¯\_(ツ)_/¯ However, Godzilla vs. Kong does a great job of making Kong a real hero. He’s very empathetic and honestly, the way they build his character reminds me of the rebooted Planet of the Apes franchise’s Caesar and how he connects to the audience. Kong is cool and they have him on some real John McClane Die Hard-like action. He’s very creative and he does some things we don’t expect from him. Meanwhile, Godzilla is sold in the beginning—like seeing the Undertaker in WWE—where he’s dominant and always a threat and the biggest guy on the block. It’s fun to see Godzilla really go off with Kong as the clear underdog.

One last thing, director Adam Wingard and the crew deserve a lot of credit for how they visualize these fights. The quality of the character CG is very impressive and the use of camera movement is *chef’s kiss* amazing. They use sweeping camera movements and elements we’ve seen in boxing films like Creed to really emphasize the fighting aspect of the film and it can definitely draw you in.

In the End: Godzilla vs. Kong lives up to what it’s selling and it looks very impressive. It makes you want to see these two monsters fight on the biggest screen possible.