Basically: The gods still have a few tricks up their sleeves…but even they can’t resurrect the show.

Hello again, old friends, it’s been a while… A lot has changed in the two years since we last saw American Gods but season 2 will plunge you right back into the eye of the storm…you just won’t be singing in the rain. Shadow (Ricky Whittle) & co. are on their way to the House on the Rock, which is a place “where people come to look, play, and wonder”—like Disney World only with real magic. Welcomed by the ever delightful Mr. Nancy (Orlando Jones), the gods gather to take a spin on a carousel…but there are fewer gods present than Wednesday (Ian McShane) had hoped…

The new gods aren’t just sitting idly by. Mr. World (Crispin Glover) has his own chilling plans, sending Technical Boy (Bruce Langley) to find New Media—aka the new god of war (which as far as we can tell doesn’t make a lot of sense). New Media’s (Kahyun Kim) storyline was written to offset a whole other set of problems—behind-the-scenes. The loss of Gillian Anderson as Media and Kristen Chenoweth as Easter, along with the departure of showrunners Bryan Fuller and Michael Green, and the apparent loss of all cohesion leaves a gaping hole in the series. Remind us to tell you about the uncomfortably sexualized male fantasy headtrip the show has forced onto New Media.* By episode 3 you’re not sure you’re watching the same show that hypnotized you with sacrifice, sex, and magic. Can the…one, two, third showrunner fair any better? Only time will tell (but episode 3 says no). 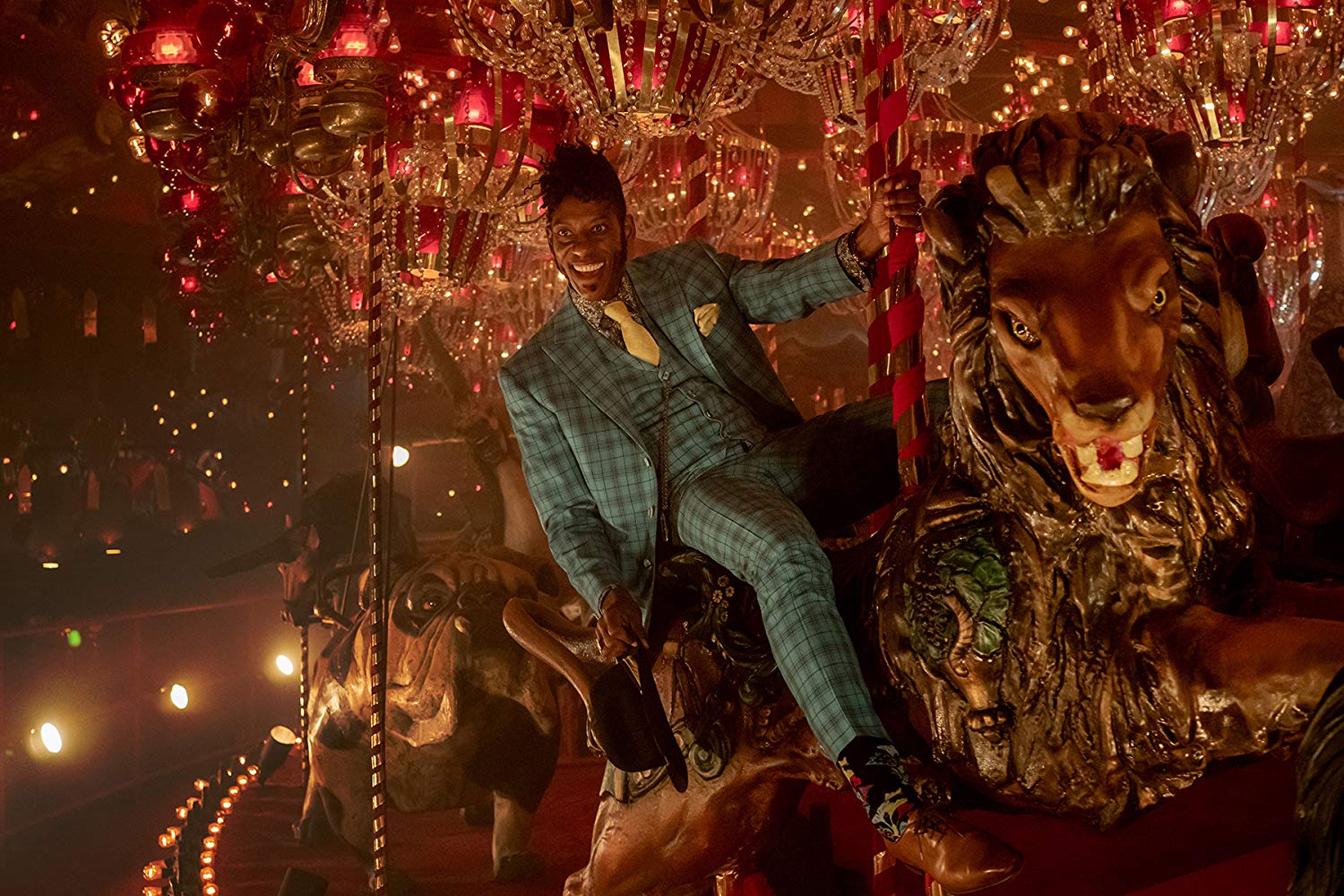 How about we ease you in with something you’ll like? The gorgeous production design continues to set the bar high, bringing Neil Gaiman readers to places we could only dream about. The whole first episode feels like a trip, leaving you as giddy as if you’d actually taken a spin on the carousel (a few too many times). The promise of the book is finally met when our three main characters, Mr. Wednesday, Mr. Nancy, and Shadow, finally arrive at the same place at the same time. You’ll get excited as their razor wit shreds everyone around them and you’ll be excited for the adventures that should follow. The S2 opener promises to make a believer out of you…

…but by episode 2 you’ll wonder if they’re false gods. By episode 3 you’ll be a blasphemer. It’s almost as if the show used the majority of its production budget on the opening episode in order to hook you in—and then as a big FU to the creators it’s back to the filler of Laura’s (Emily Browning) whining. It’s hard to understand why this character keeps getting screen time. She’s abusive mentally and physically as witnessed by her treatment of first Shadow and then Mad Sweeney (Pablo Schreiber). And she doesn’t have a lot of charm or even the kind of nefarious antics you’d secretly cheer for because anti-heroes are fun. Yet she, not Shadow, or Easter, or Bilquis (Yetide Badaki), or Salim (Omid Abtahi), has become the star of the show. The problem is Laura’s star is made of aluminium foil (and you know how durable that is). With all the focus on the least interesting of the characters, while Shadow is pushed to the margins, the show has no sense of its own true north. And no idea what story it’s trying to tell.

The cast is still great. It’s like having the finest ingredients for a cake but without any recipe for how to put it all together. It’s a rollercoaster ride with no power. American Gods S2 just sits there. That’s not it. The show spins in place… You’ll be the one to just sit there. 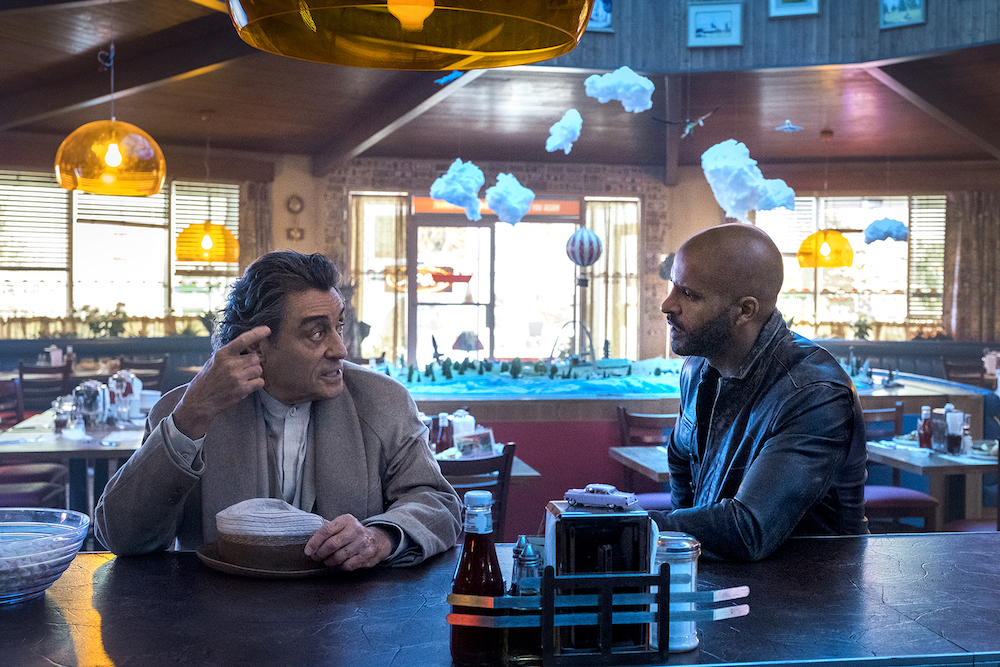 Sweeney and Shadow are the ones who try their hardest to keep the next two episodes alive. We wish there was more from them. Sweeney is always a great conflict to watch, there’s a war going on beneath the leprechaun’s skin that only shows up as ripples on the surface. We also get to see some layers to Shadow we hadn’t seen before in flashbacks—and the young boy who plays the past him is remarkable at evoking the pain of lost love. There’s also a solo road trip for Shadow, where he meets Sam (Devery Jacobs), a character many people wanted more of from the book. The chemistry and mystery is high for the entire three minutes the pair are on screen.

There is hope. We’ve only seen three episodes and we’re guessing all the disappointments we’ve written about here are the reason showrunner #2 was given to the volcano. If the new showrunner can find the nearly devilishly glee of S1 and then press the gas on this road trip…well, we might just hop back on for another ride…later, much later.

In the End: We’ll get back on at the next stop.

*It’s like the AG2 powers that be decided they wanted to jerk off to a Harajuku girl and then they did—and we’re still queasy.