When I was young there were few movies my family would all agree to watch together, usually action or middle grade dramas. One of the few Asian leading men that I saw growing up was Jackie Chan. From Rumble in the Bronx to Police Story to the Rush Hour franchise, few can get out of sticky situations against multiple fighters and out of multiple skyscrapers like Jackie.

In his latest movie The Foreigner Jackie Chan is Quan Ngoc Minh, the owner of a Chinese takeout shop. He lives a quiet life in the London suburbs as a single dad to his daughter, Fan (Katie Leung aka Cho Cheng). The movie kicks off, when Quan picks Fan up from school. She’s excited to go to the dance. He’s more interested in seeing the guy she’s dating (plot hole: A strict Asian parent wouldn’t have gone so long without a background check on this guy, but I digress). The father and daughter drive to a dress shop—because there’s a dress she MUST GET NOW—and she hops out to leave her poor dad to look for parking during rush hour. Before you can finish saying, “spoiled brat” a bomb goes off inside the store. Quan rushes inside, but it’s tragically too late. Through a photographer’s lens, we see a devastated Quan holding his daughter amidst the rumble of the attack.

Three weeks pass and Quan goes to check with Commander Richard Bromley of the London police everyday. He needs to know if they have found the attackers behind the bombing. The only link the police have is a group who call themselves the Authentic IRA. Liam Hennessy (Pierce Brosnan sans smarmy charm) is the British Irish Deputy Minister who is trying to keep the peace accord afloat between the British and Irish government, and these latest attacks are not making his negotiations easy. Quan sees Liam on TV and, once he uncovers the Minister’s ties to the IRA, seeks him out to ask the names of his daughter’s killers. Quan arrives at his Belfast office in unassuming clothes and a grocery bag after repeated attempts to contact the Minister in his London. Liam is dismissive, but Quan asks one more time for the names of his daughter’s killers. With no answer he politely leaves the room, reiterating that he wants to know who they are. A few minutes later a bomb goes off in the bathroom and the action thriller part of the movie begins.

Directed by Martin Campbell who revitalized the Bond films twice with Goldeneye and Casino Royale is a complementary match to the new Jackie Chan. Campbell applies kinetic impact to the action sequences by keeping the camera close to the fighters, so you can hear every bare knuckle punch, thwack to the face, or crash through the walls.

Jackie Chan is a revelation in The Foreigner. Much has been praised about his transition from the manic Looney Tunes energy of his earlier films to this stripped down bloodhound of a performance. While the action does not carry his light comedic touch, you do find yourself laughing at just how cold blooded and efficient he is in any situation. Pierce Brosnan is an excellent counter as a reformed ex-IRA leader turned posh government minister who at turns seems out of practice or very much in control in his cat and mouse game with Quan. 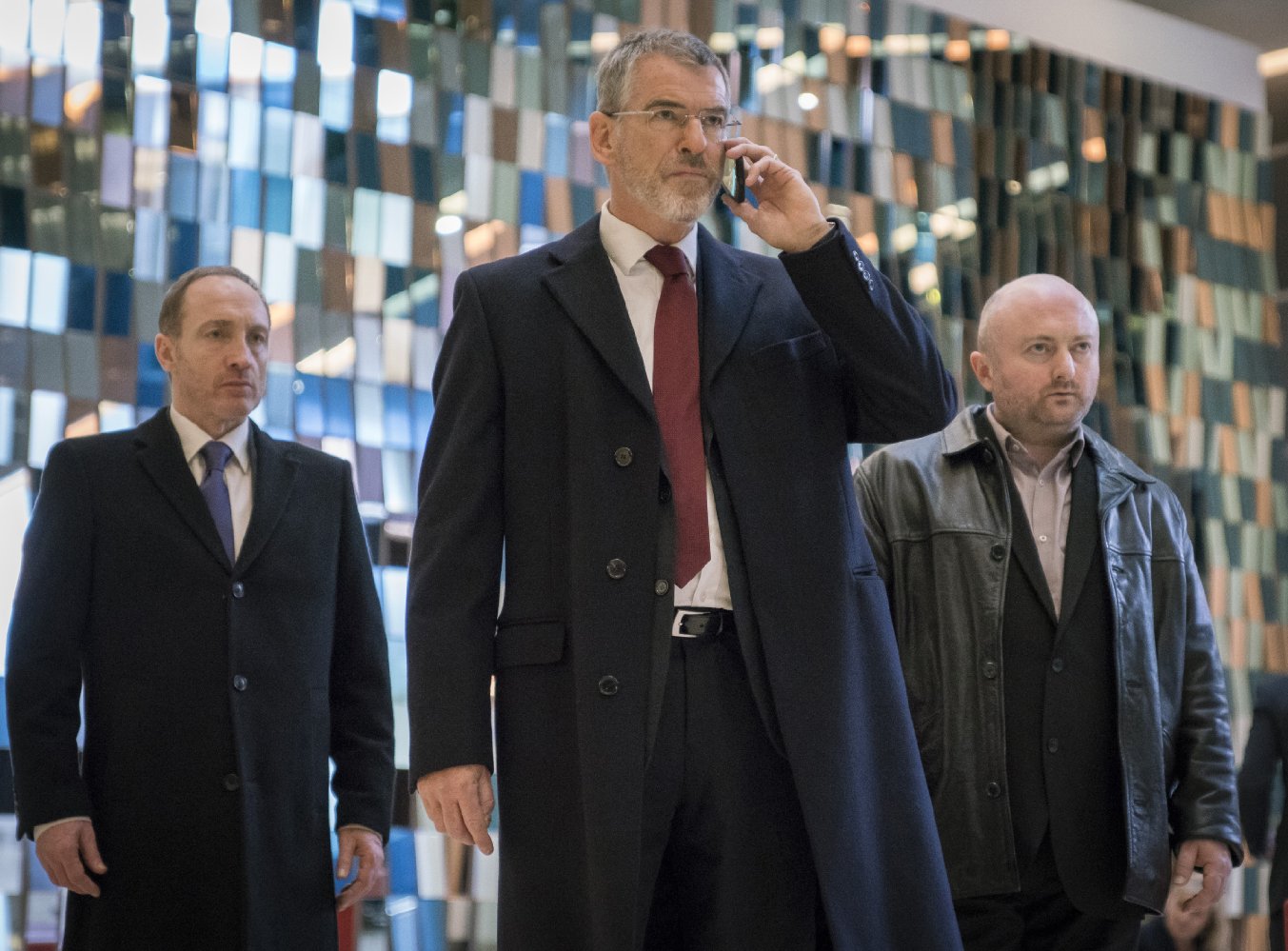 While the viewer may be able to predict what will happen next it’s not a negative. The Foreigner is a well executed story in which motivations and actions are taken to their logical conclusions. The supporting characters among the IRA and British counter terrorism groups are used to great effect. A few of the characters are able to play double roles with shifts in alliances—not surprising given that writer David Marconi’s other notable writing credit is the conspiracy thriller Enemy of the State. And for fans of the scheming Lady Macbeth type, Orla Brady (Lydia from Into the Badlands) plays Liam’s wife with the same ferocity.

Even though I have qualms about the title of the movie (wouldn’t it be something to see an Asian actor in an English speaking role called: “The Countryman”) what I do appreciate is the scene when Quan is asked about his immigration status, he plainly states he’s been a British citizen since the ’80s. For anyone of Asian descent, on either side of the Atlantic, the shadow of the perpetual foreigner image still persists no matter how native your accent is. “The Chinaman” is both a reference to the book the movie is based on and how he’s casually referred to by some of the IRA henchmen. Quan is able to hide under the mask of his age and ethnicity—he’s easily dismissed. It is thrilling to see him break out and efficiently execute his Death Wish vendetta.

What I love about The Foreigner is that Jackie Chan got to kick ass and get a kiss. I rarely see Asian men onscreen get treated so well outside of a business deal. So if you like your revenge fantasies served cold, with a side of political intrigue and dash of humor, remember The Foreigner and go see Jackie Chan with your friends and family. This movie will be the sleeper action hit of the fall season.

In the end: Jackie so OG!