Basically: Glover and friends make their own type of Purple Rain film.

Donald Glover and his constant collaborators are a fantastic run right now in many ways. Donald has been able to wow and amaze, with his music and TV work, pretty consistently since he remade himself from affable funny comedic actor into artistic polymath force constantly on the zeitgeist with young black creatives in entertainment. Last year we saw Donald was making “something” with pop music queen Rihanna, leaving people in anticipation. Thanks to the first weekend of Coachella we finally got a chance to see what this secret project was: Guava Island.

Guava Island is a kind of musical where Glover plays Deni, a carefree musician who’s always on the move. Everyone knows Deni is trying to put on a music festival for the people of Guava Island (a fabled caribbean isle) so they can have one day of rest from their constant labor for the big boss (Nonso Anozie). Rihanna plays Kofi, Deni’s girlfriend and muse since they were young children. The other few real characters in the film are Letitia Wright (best known as Shuri from Black Panther) as Kofi’s best friend Yara, and Anozie’s antagonist Red Cargo, the island businessman with a hint of despot to him. 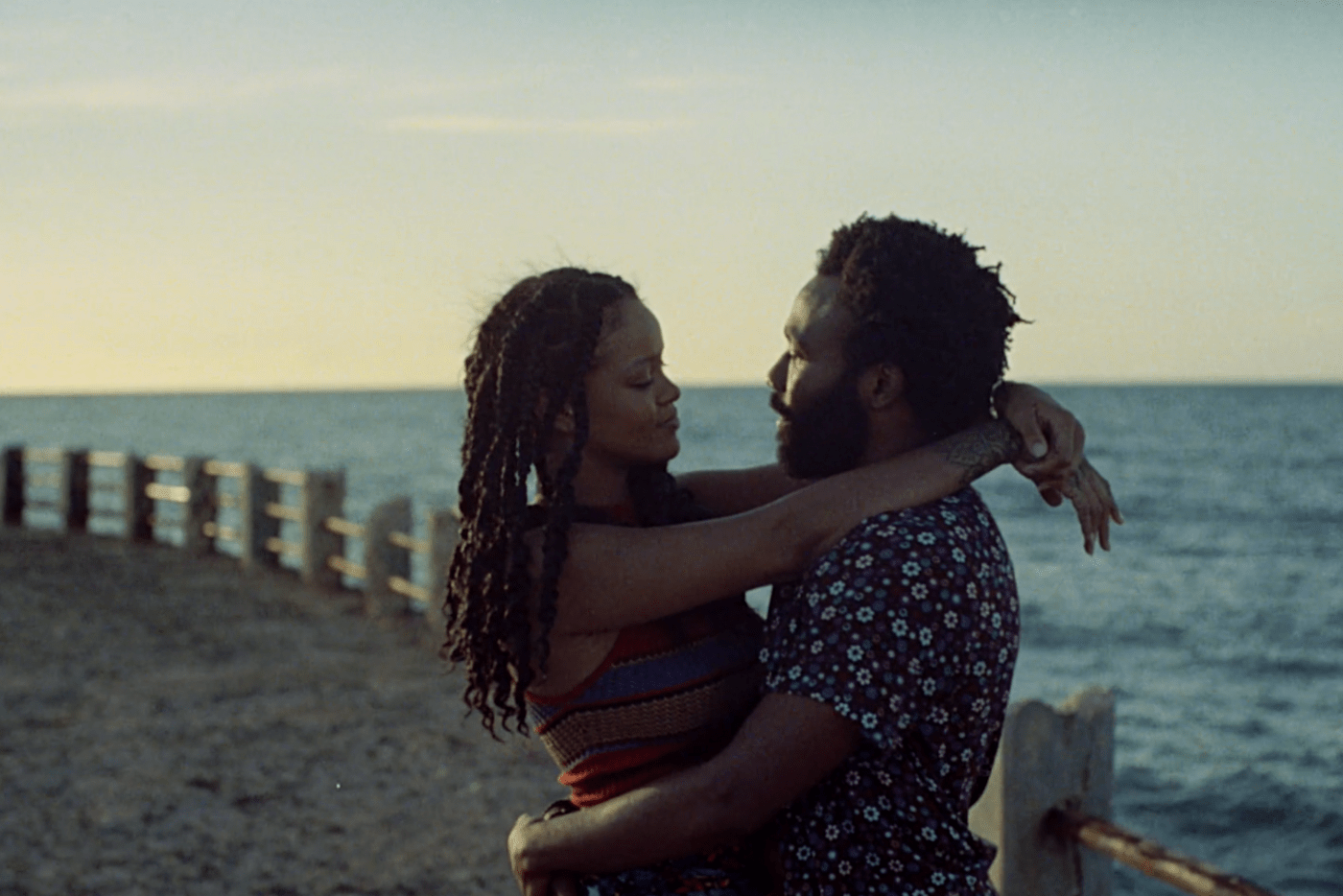 The film is quite short, it’s 55 minutes and moves at a pretty brisk pace. The story was crafted by Glover and his brother Stephen and other collaborators, while Stephen wrote the screenplay. Hiro Murai, Glover’s constant collaborator, directs and he really gets to shine here. He’s able to give Guava Island the look and feel of 70s films, focusing on Caribbean stories. Each shot is warm and balanced in how each shot uses its color. Also, you can see some influences, whether on purpose or not, of Black Orpheus, The Harder They Come, and the City of God. Now with performances, Donald and Rihanna have good chemistry together. Even though they don’t feel romantic, there is a warmth and comfort visible on the screen. Anozie also brings the right amount of intimidation and sense of dread to the film—once he enters the story as a physical presence versus a referred-to one. Glover’s main mistake here is his attempt to have an accent at the beginning and then letting it disappear throughout the bulk of the film.

Also, the movie uses Glover’s most recent musical output in a way that reminds you of Prince’s Purple Rain. Four songs are sprinkled throughout the film, with “This is America” taking a different context within the scenes it’s used in. His other songs “Summertime Magic”, “Feels like Summer”, and “Saturdays” all appear in crux moments to push the story along, yet never really feel forced. Maybe “This is America” is a bit because it is so popular. The “America” scene is also the only part where you can see just a tinge of an obvious political statement, questioning capitalism. That idea is something the whole story is built around but it’s pretty subtle before it rolls back to the more universal theme of Love vs War.

In The End: Guava Island is a great first push into feature work, from the team that brings us the show Atlanta, and it whets the appetite for more film work from all of them.