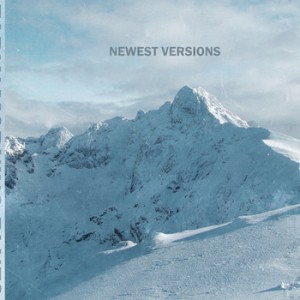 Early Morning Blues is a new band formed out of Boston and  features Bryan Donahue (Boys Like Girls), Travis Alexander (Therefore I Am),  Danny Poulin (Ex Lions Lions), and Chris Fernandes (Therefore I Am). The band is composed of talented musicians, stemming from Boston born bands.

The album opens with “War and Wisdom” Bryan Donahue comes in strong “hold on, you gotta be kidding”,  a voice you couldn’t imagine came out of him if you sat down and talked with him. Paul Digiovanni (Boys Like Girls) featured on “War and Wisdom” displays his metal influenced guitar riffs midway through the song and Alex Correia (Ex- Therefore I Am) does some  guest back-up vocals for Bryan’s main parts. Catchy riffs and gang vocals on “Chapter One” definitely lead way for some fist pumping kids in the pit singing along. “I wanna go back, wanna go back (hey! hey!) to a time where I feel so alive”.  Most of the lyrics seem to be mostly influenced by love, broken relationships and their struggles on tour away from the “real” life; “this little light of mine, I’m just gonna let it die because I couldn’t bring it back to life no matter how hard I tried.” All of the songs have a pretty mellow indie feel but they all pack their own punch. The album itself seems heavily influenced by early Get Up Kids meets Saves The Day (thumbs up).

You are not alone in pre-judging what Early Morning Blues may sound like, but it is definitely an album worth checking out (not to mention you can listen and download it for free). Although some of Bryan’s Boys Like Girls fans will follow along on EMB’s train, this band attracts a whole new group of music enthusiasts. Download the album for free on bandcamp.