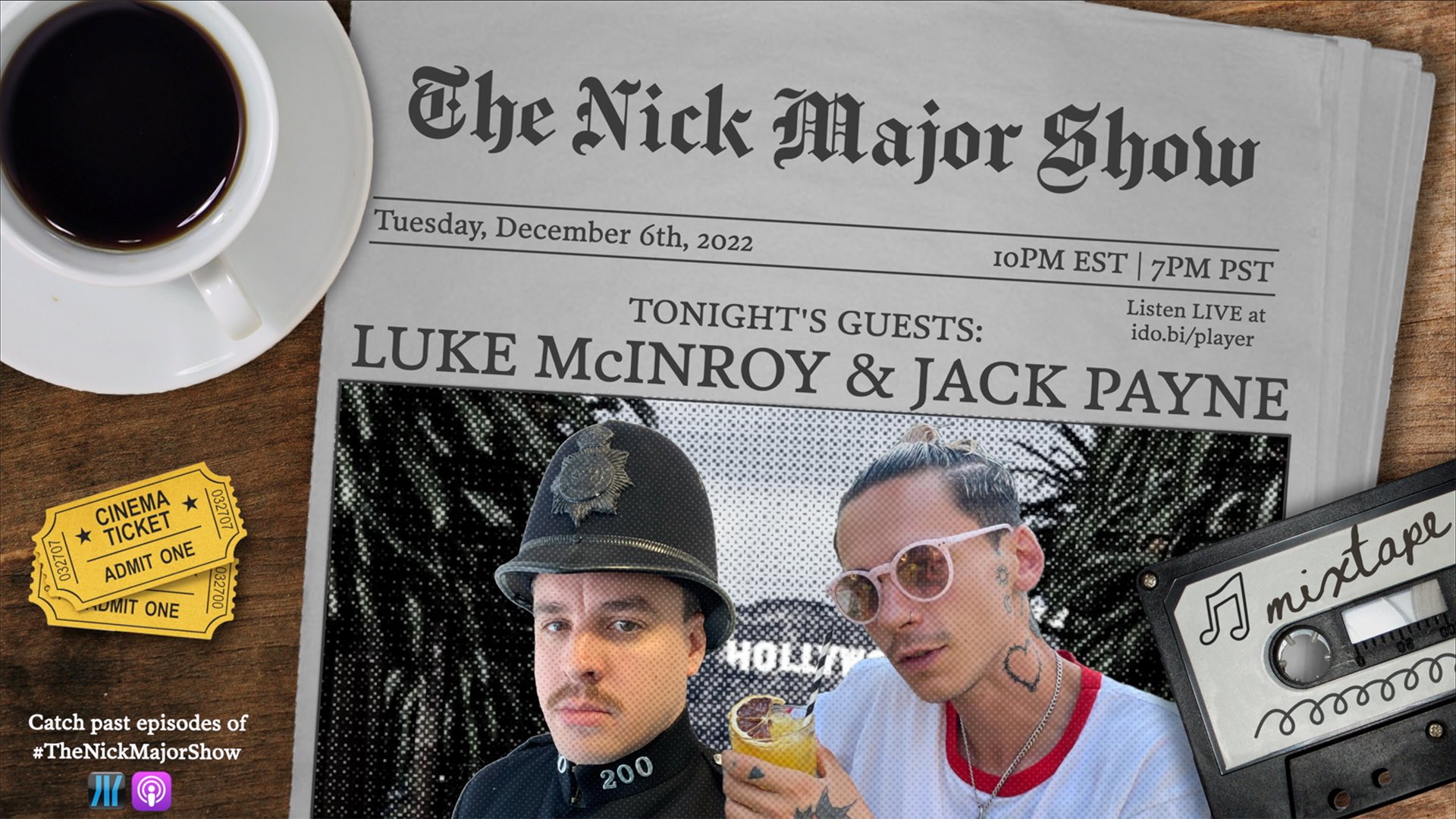 Nick Major is joined by longtime friend Luke McInroy and another fairly longtime friend – also from the UK – Jack Payne. Luke & Jack tell the story of how they met as Luke’s old band was the first band Jack went on tour with and worked merch for. Jack has gone on to work merch and tour the world with many incredible artists from this scene and beyond.

Several years after going out on tour with Luke’s band, Nick & Jack met while they were both out on The Vans Warped Tour. Small world!