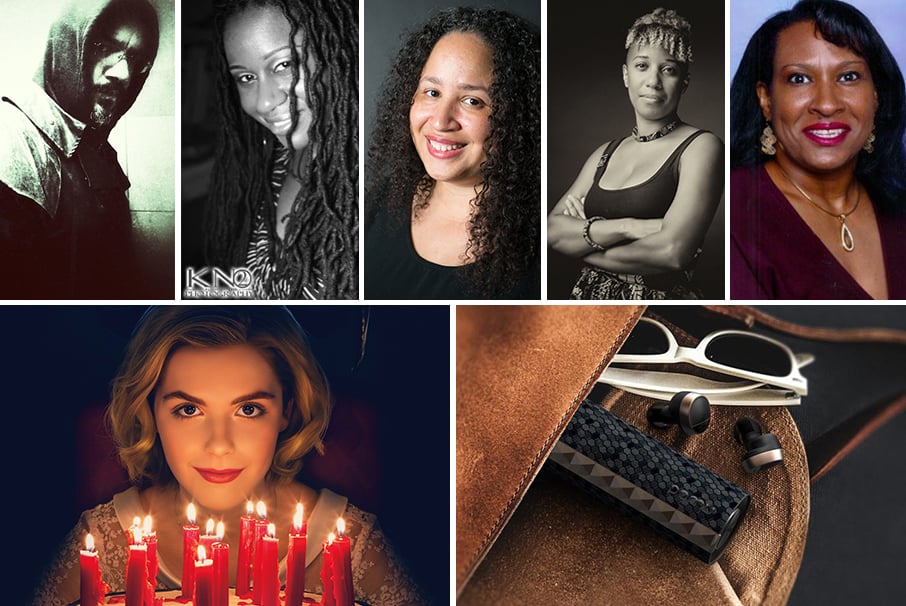 We’re getting into the spooky season on Geek Girl Riot with a review of Chilling Adventures of Sabrina. Then we head back to Capclave to talk Afrofuturism.

PaMu Scroll from Padmate
But first, Sherin tells us all about the new wireless PaMu Scroll headphones that Padmate sent her. Crowdfunded by nearly a million dollars for good reason—these earphones are comfy, portable, and they sound awesome! Hear her take on why, at just $39, PaMu Scroll is a smart (tech) choice. Get your hands on them here!

The Future of Afrofuturism and Black Speculative Fiction
Sherin recently attended the Capclave sci-fi & fantasy convention and appeared on the panel: The Future of Afrofuturism and Black Speculative Fiction. Moderated by  John Edward Lawson with B. Sharise Moore, LH Moore, Kenesha Williams, and
K. Ceres Wright, the authors discuss the genre’s current trends and its future. Hear what Afrofuturism means to them and how speculative fiction is a way of resistance. They dig into why representation is important not only for people of color to see themselves but to tell the rest of the world that this is their past, present, and
future too.