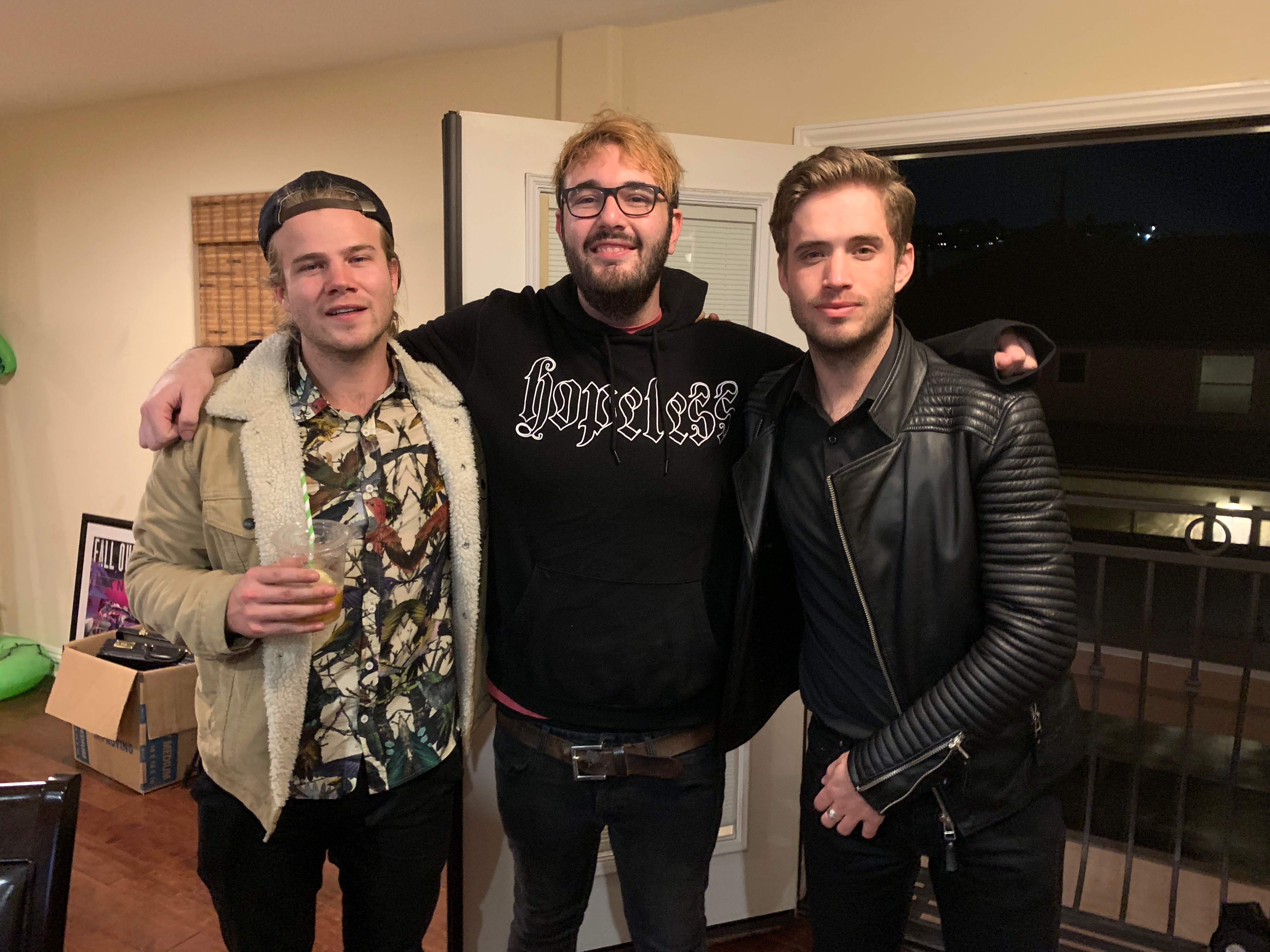 And for the last time in 2018, you have a new show of mine! Did it live from my apartment with Chris Bourne, Scooter Nebb, Brian Logan Dales and a very very very special on the spot call in from ChrisTVTV during a potential alien invasion in Queens, NY.

Chris Bourne, Scooter and I literally talked about nothing in the hour and 15 minutes of us talking about nothing on air. We played a Chris Bourne song and a classic Hollywood Ending Christmas song, it was great. Enjoy the banter and potential live alien invasion.

Brian Logan Dales, came by to talk about literally everything. He is throwing a party on New Years Eve called The Dales Hotel at El Cid on Sunset in Los Angeles which you can buy tickets for here. If you’re in the Los Angeles area and don’t come you’re going to be really bummed when you see my instagram story. Also hear about Brain’s acting career that just started this year, how you can catch him doing your favorite dinner theater in the LA area in late January and hear how much it hurt to take a shot of Jack to end my show but at least we played The Summer Set. (that shot also lead to this podcast going up a day and a half late… Happy birthday Mitchy Collins)