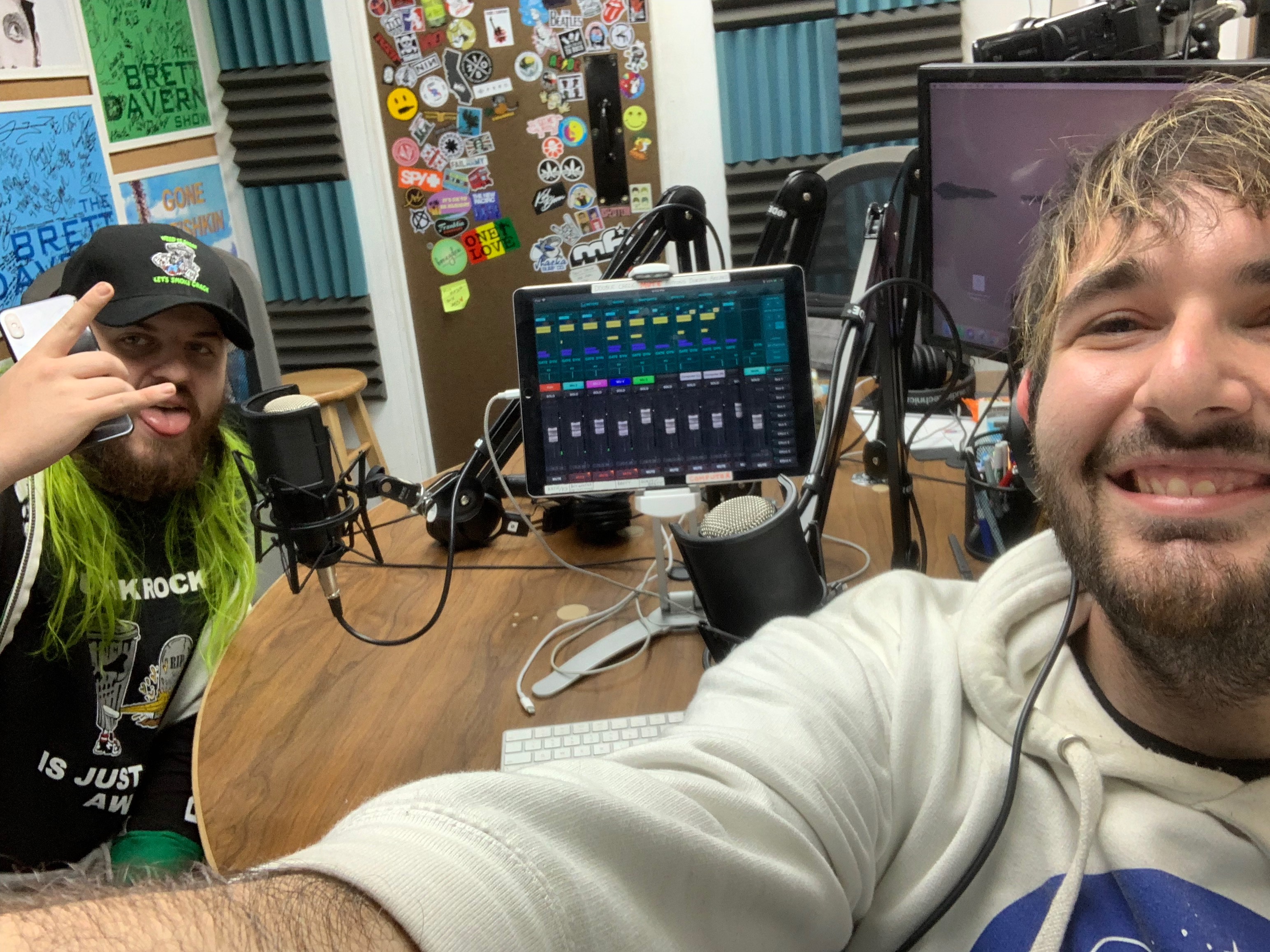 Yes I’ve been starting my show with “Fish Kringle” cause I can and if no one else will play it on the radio, I WILL!

What an awesome show it was! lil aaron co-hosted, Travis from We The Kings called in to talk about everything and Alex from Conditions called in to premiere Conditions first new song in too long called “Give It All”.

lil aaron just dropped a Christmas EP co-produced by himself and Travis Barker called WORST CHRISTMAS EVER and has plan to release a new EP almost every month next year and a couple of full lengths. He may have accidentally announced an a sad EP but you’ll have to listen to find out! We also talk about our love for the Jonas Brothers and more.

Alex Mark Howard of Conditions called in to premiere Conditions’ first new song in too long called “Give It All” and what an incredible comeback track it is. Everyone support Alex and Conditions cause if you don’t you’re a NARC.

Travis from We The Kings called in to talk about their first ever holiday album called Seasons Greetings from The Sandbar and it rules. Hear all about the original songs, the covers and their 11th annual free hometown holiday show! Also I just love Travis and We The Kings so we talk about a little bit of everything.