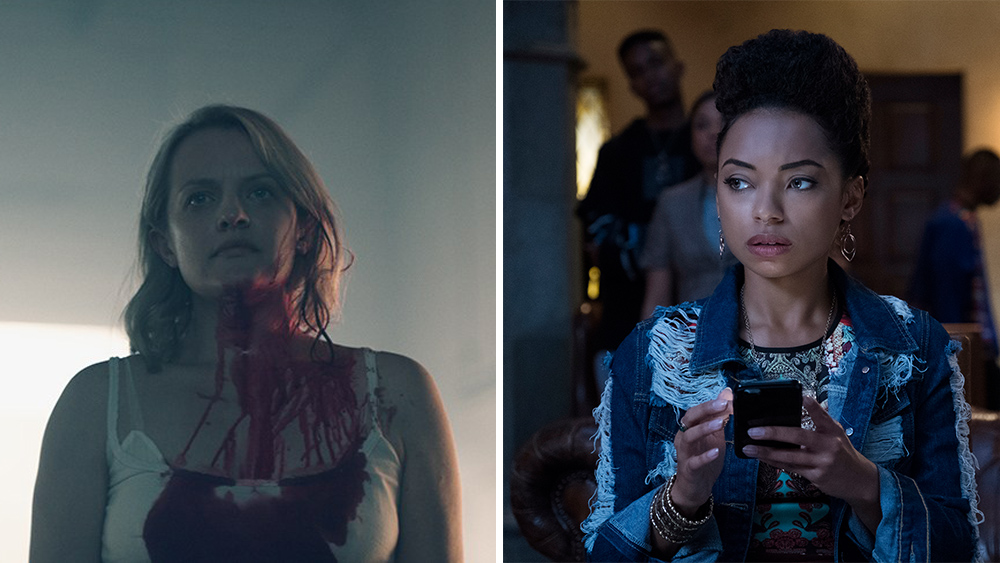 Ain’t no sophomore slumps to be found on this week’s Geek Girl Riot, only the epic return of both The Handmaid’s Tale and Dear White People for their respective second seasons.

Get Ready to Resist Once More with The Handmaid’s Tale
Hulu’s adaptation of The Handmaid’s Tale is back to terrify us some more in season 2. Sherin, Erin, and Day dig into what to expect from the show’s return, what scenes affected them most, and why you’ll need some comfort afterwards. Things get serious in this segment because, with its seemingly not too far-off future, The Handmaid’s Tale is a tough but important watch.

Grits, Wash Cloths, and a Quarter Mile of Ass: Dear White People
Now onto a satirical take on what’s wrong with our world…for another socially relevant punch. Sherin, Monique, and Philip get into season 2 of Netflix’s Dear White People and how it takes them back to their school days (and Spike Lee’s School Daze). This show is on point social dissection in all its millennial glory and as the saying goes: It’s funny ’cause it’s true. Our Rioters have a lot of opinions on the brutally honest humor, the fashion, and…grits (seriously, don’t get them started, y’all).

New episodes of The Handmaid’s Tale air every Wednesday on Hulu (read our [p]review). Season 2 of Dear White People is out Friday on Netflix.

Tune in to Geek Girl Riot on idobi Radio every Tuesday at 11pm ET / 8pm PT for your dose of late-night geekery from our team of rioters.