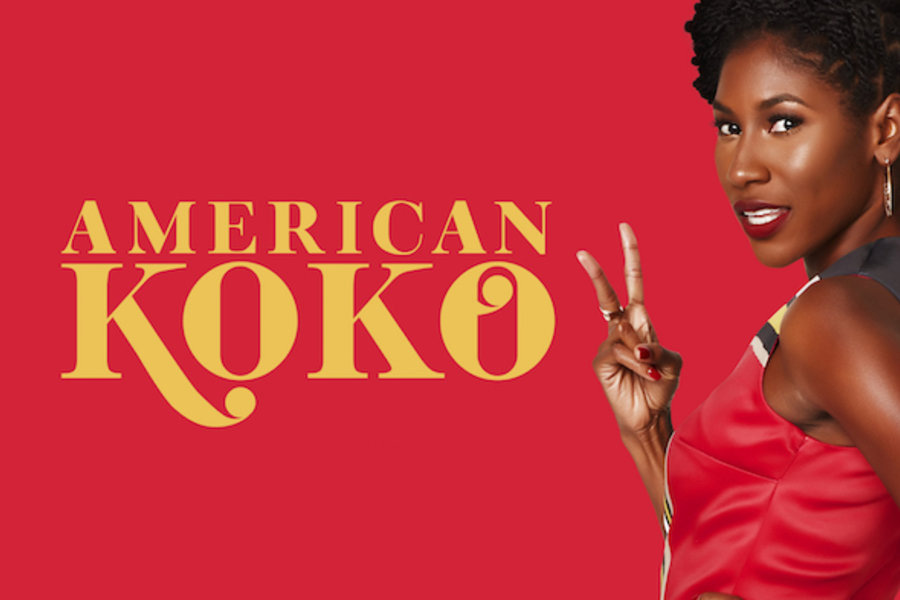 This week on Geek Girl Riot we’re serving up all kinds of goodness, so bon appétit, mes amis! First we’re grabbing a delicious slice of cake– err, we mean KNOWLEDGE. Day “More Secret Recipes than Mary Berry” Al-Mohamed drops by for a tasty 60-Second Secret about the Great British Bakeoff. Find out the difference between the British and the American shows—but make sure to turn up the volume so you can hear it over your rumbling stomach.

From baked goods, onto bringing all the goods, it’s time for: Diarra Kilpatrick. The actress, writer, producer, and playwright joins Sherin and Monique for her very own Whachudoin’? to talk her ABC show American Koko, which is absolutely magical. It’s got wit, bite, charm, and it’ll make you giggle hysterically while delivering incisive truths about “sticky racial situations in a post post-racial America”. And if Diarra ever decides to add yet another profession to her already impressive resume, we’d highly suggest therapist. She gives the best advice—and delivers it with a pinch of humor and sparkle. So settle in as she chats about her amazing career, working with friends and family, diversity, spirituality, and why black and asian men are heroes. You’ll also hear some details about her upcoming Amazon Studio pilot, The Climb, which drops November 10th (color us extremely excited, y’all).

If you haven’t heard, Geek Girl Riot is now on idobi Radio, in a new timeslot! Tune in every Tuesday at 11pm ET / 8pm PT for your dose of late-night geekery from our team of rioters. For now, see below for a list of shows the Rioters talked about this week, along with Day’s 60s Secret transcript (and linky goodness)!

Hi! This is Day with your Geek Girl Riot 60 Second Secret. This week I want to talk about the Great British Baking Show. It comes on, on Friday’s at 9pm/8pm on PBS. It’s a fun baking show where we are watching amateur bakers rise and fall in a competition where each week they try their hand at a different skill. Like most reality shows, the challenges get tougher and a competitor is sent home every week.  Famous British bakers Mary Berry and Paul Hollywood judge the contestants all the cakes, and breads, and pastries and…I gain 5 pounds just watching the show.

In addition to the scrumptious food, one of the things I really enjoy about the show is that unlike most reality shows we’re familiar with, the tension isn’t artificially created. There are no “mean people” or “troublemakers.” You get the feeling that these people actually LIKE each other. In several episodes you can even see them help each other out.  Oh, make no mistake everyone still wants to win, but no one is being a dick about it. I wonder if it is because this is a BBC reality show versus an American-style reality show. I don’t know.

The Pillsbury Bake-Off cooking contest was first run by the Pillsbury Company in 1949. The full title was “The Grand National Recipe and Baking Contest” and was hosted in the Waldorf-Astoria in New York. The prize, $50,000. The only required ingredient in the early contests was Pillsbury’s BEST Flour.  It was won by Theodora Smafield of Detroit, Michigan for her “No-Knead Water-Rising Twists.”     Now before you laugh at the baking contest or baking contests in general, let me just point out that a few years ago, in 1996 they increased the prize. It’s now $1,000,000.

By the way, I looked up that original grand prize winning recipe. It looks pretty good and with a 4.5 out of 5 stars rating, even today. I just might try it out. Check our website for a link to it. Psst, I also included a link to some of the recipes for the Great British Bake Off – see? Look at me being rebellious.  Anyway, I dare you to try it and not fall in love. Oh, I mean the food AND the show.

This is Day with you 60 Second Secret here on Geek Girl Riot.