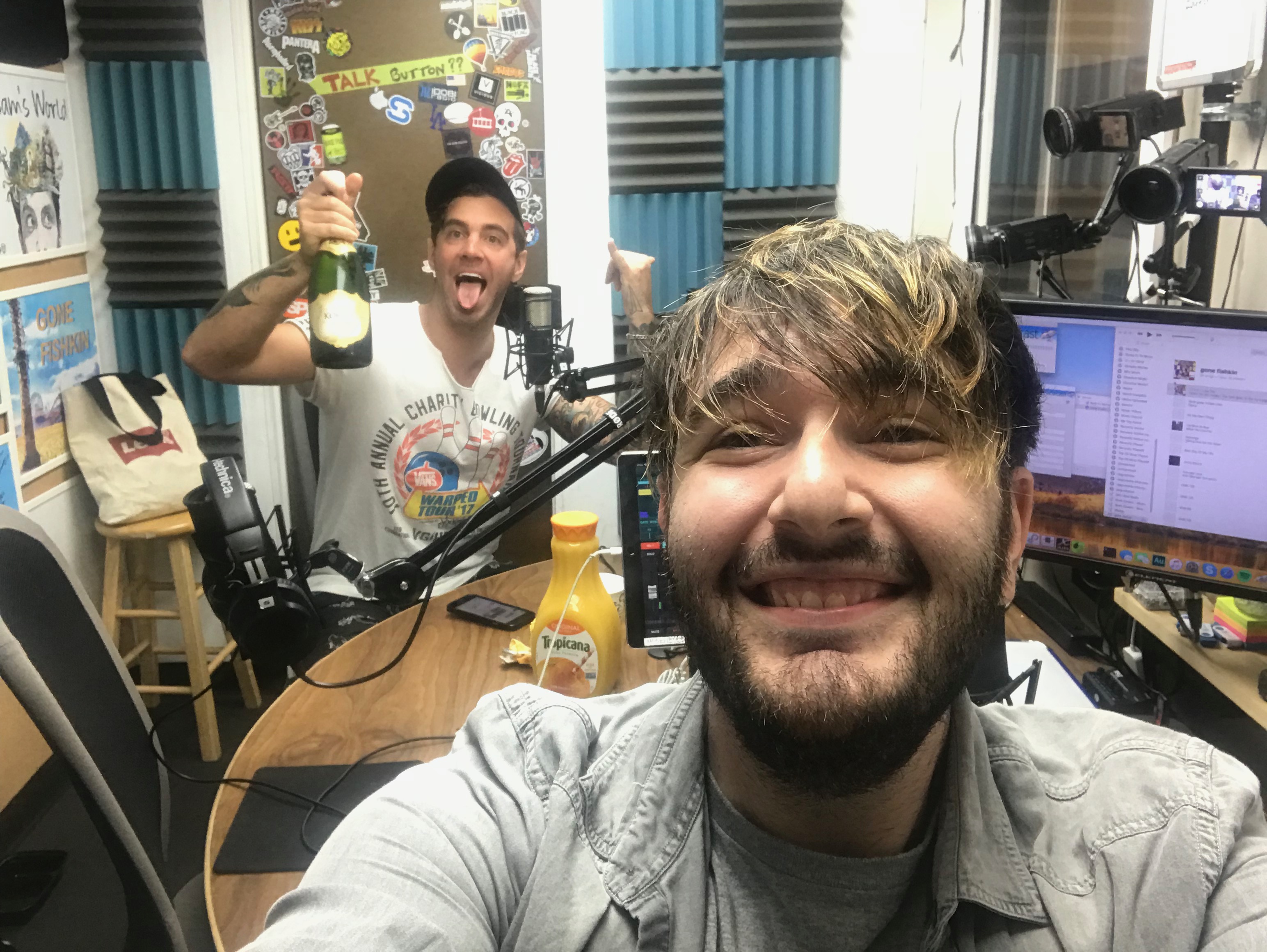 Lots of guests this week on the show! Zac from American Authors came by to co-host and even played a new song live for us! We called Dylan Scott from Rad Horror, Seb from Simple Plan and co-host of Man Of The Hour then Jenny March dropped in to play her single “California Daze” for the first time!

Zac is the ultimate homie from letting me crash on his bus on Warped 2016 to just hanging out. It’s the first time he came by to co-host for the full show and it’s worth listening to every second of this show because of that. American Authors just dropped a new song “Do My Own Thing” and are dropping a new single Friday which Zac played acoustically for us towards the end of the show.

Zac and I called Dylan Scott from Rad Horror live on the show before the guys hit the stage in Kansas City. Rad Horror just dropped their debut EP Anti-Teenage Sensation which has 4 hits on it. All 4 songs are hits so you have to buy it. Hear about the Rad Horror antics they pull on social media, how to keep up with them, and where to see them on tour.

Jenny March stopped by to talk about her singles “California Daze” and “Talk to Me”. Jenny is an up and coming pop artist residing here in LA and has had quite the career so far, everything from acting to girl groups Jenny has done it and now is a solo pop artist about to take over. She performed her single “California Daze” for the first time ever at the idobi Studio so check it.

Zac and I also called Seb, co-host of Man Of The Hour which you can hear every Wednesday at 8PM ET/PT here on idobi and of course the guitarist of Simple Plan. Hear all about season 26 of Man Of The Hour which just kicked off last week because this season is going to be the best season yet! Seb also fills us in on some Simple Plan news as they get ready to head to South America and then they’ll be spending the summer on the Vans Warped Tour!