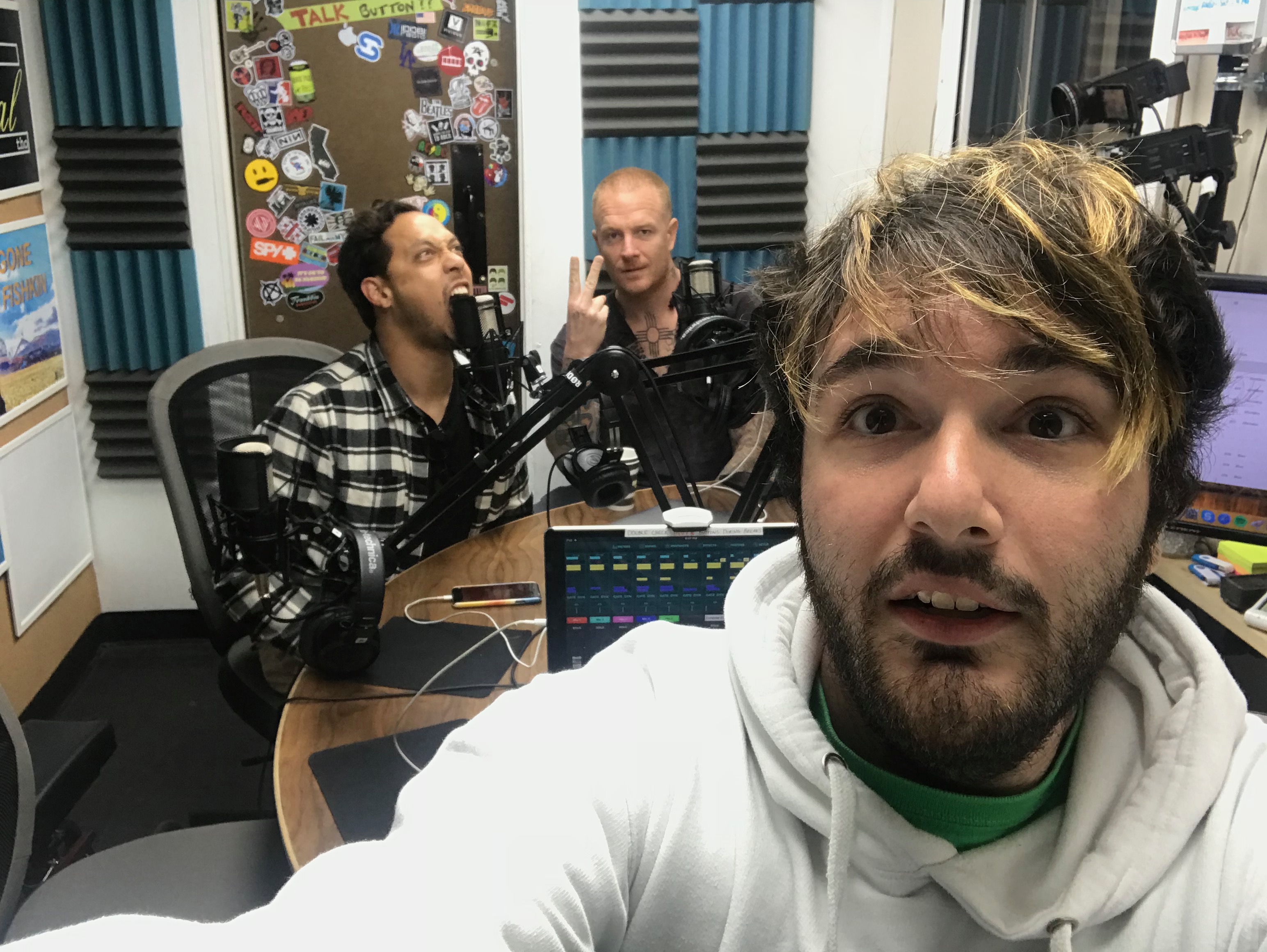 This was an episode and a half! Max and Kenny from FITNESS came by to co-host with special guests, themselves (Eve 6 and Conejo Collective) and Tyler from State Champs called in to talk all about the band’s upcoming album Living Proof and new single “Dead and Gone”

Max and Kenny came by and as always it was the most entertaining part of my week. The guys talked about everything FITNESS related cause there’s so much going on! The guys premiered 2 songs off their upcoming album KARATE which you can find in the podcast. SPOILER ALRT: both songs fricken rule! We all call Hottttt Ryan to yell at him about chicken. Kenny also talks about his new delivery service Conejo Collective which is about to become a brick and mortar store! Max ended the show by playing me (yes just me not anyone else) Eve 6’s classic hit “Here’s To The Night” which after you listen to my whole show you can watch here!

State Champs have a new single out and just announced their third LP Living Proof so Tyler called in to talk all about it! Tyler tells us a little backstory of the album which you can pre-order here and what you can expect from State Champs the rest of 2018! They’re touring, they’re dropping songs and you can find all the info on their site!