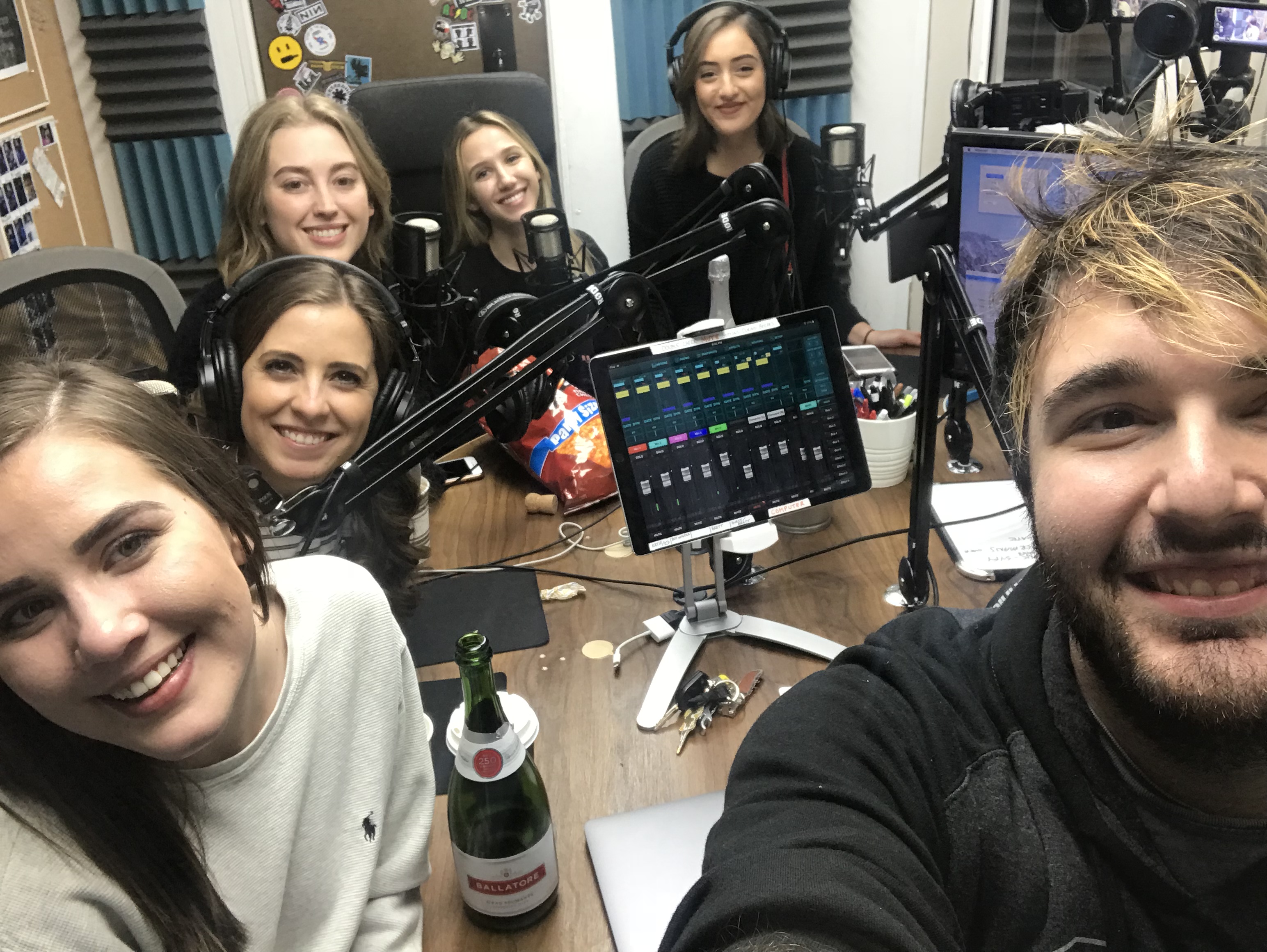 The H-Squad made up of (left to right) Soon To Be Named Meghan, Alyssa, Kendall, Emma, and Alexandria came in to talk about Valentine’s Day, the first FindMe90s party and everything.

Jarrod Alonge of CrazyEightyEight called in to talk about the bands new single “Shinebox” which you can buy here! Also hear about how there is a new member of the band, Patty Walters! The band has a Kickstarter campaign going for their debut album you can donate to right here!

Earlier in the day Seb from Simple Plan and co-host of Man Of The Hour (Wednesdays at 8PM ET and 8PM PT) woke me up by calling me very early in the morning (10:30AM) so I decided to put him on the spot and call him live! Hear about the new season of #MOTHshow, if Simple Plan will ever play my requests, and some Valentine’s Day disasters.

Vesperteen called in to talk about his upcoming biggest headliner to date at Newport Music Hall in Columbus Ohio on April 28th. Also hear about matching tattoos, music and more!