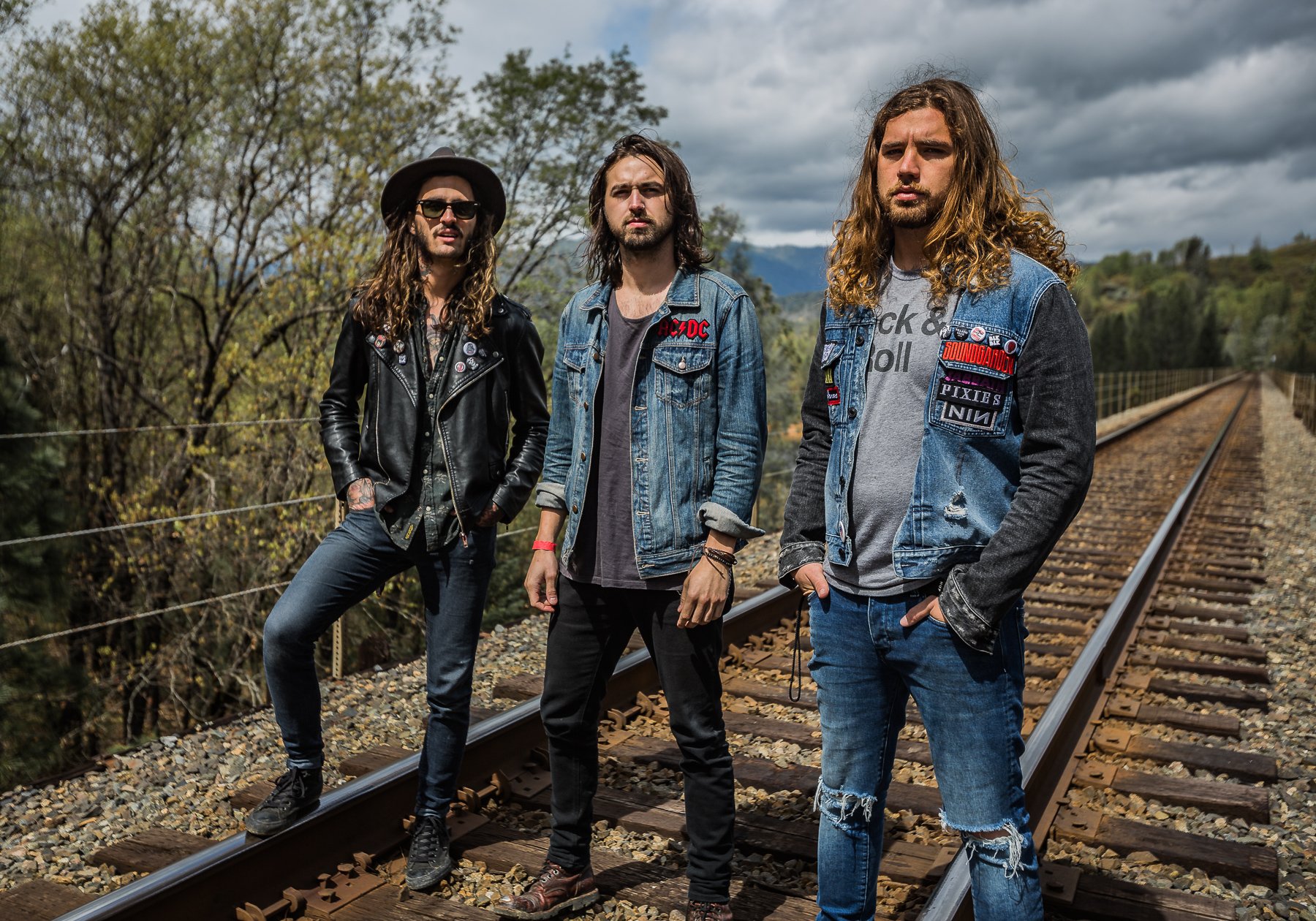 This week Jeff also spoke with Jordan from Them Evils about Zakk Wylde taking them on tour, working with the late Kato Khandwala who produced “Rollin’ Stoned and Livin ‘ Free” and dates on rocks largest festivals!

Southern California rockers Them Evils have started off fast and are accelerating rapidly. The band have caught the ear of no less an icon than Zakk Wylde, who had them open for Zakk Sabbath in 2017. They’ve toured with The Pretty Reckless and Alter Bridge; they have hit the stage at some of the biggest Rock festivals in the US – including Louder Than Life, High Elevation, and Aftershock. Their scorching single “Got Me Rockin'” is currently being featured on playlist at all major streaming services including Spotify, Apple Music, Amazon Music, Pandora and Google Play Music. Their recently released EP “Rollin’ Stoned and Livin’ Free” on Burning Records was named “New and Noteworthy” @ iTunes. Both were the last recordings released by the late Kato Khandwala (The Pretty Reckless, Blondie, Drowning Pool, Pierce the Veil). The band has played more than 70 dates so far in 2018, including a national tour that included stops @ Welcome To Rockville, Carolina Rebellion, and main stage @ Rock On The Range.

Them Evils’ late-night joyride through Rock N’ Roll’s seedy underbelly was born in the shadows of neon vice and nocturnal living in Las Vegas, when Jordan and Jake met in High School. They started writing and playing together and knew that they had a chemistry that was undeniable. In 2013 they made the move to Southern California to pursue their music professionally – with nothing to fall back on other than their drive and belief in their music and each other. They connected with David through a friend that worked at a bar with Jordan and who knew they were looking for a permanent drummer. Delaney auditioned for Griffin and Massanari, and all 3 knew it was a good fit immediately. The nasty energy befitting their name grew from there.

Inspired by equal parts of rock giants like Led Zeppelin, AC/DC, and Queens of The Stone Age, among others, the band pays tribute to their roots while carving out their own unique sound. Them Evils music is at times throwback without being too derivative and is thoroughly modern. “We pretty much made our own scene,” Griffin says. “We started out doing straight up rock and roll, and that’s what we’re still doing… That said, we’re always evolving.”

They were born for the stage and have been road warriors for the past 4 years – constantly touring clubs, as well as with the aforementioned The Pretty Reckless, Alter Bridge, Zakk Sabbath and 10 Years, among others. The band will be touring for the rest of 2018 into 2019.