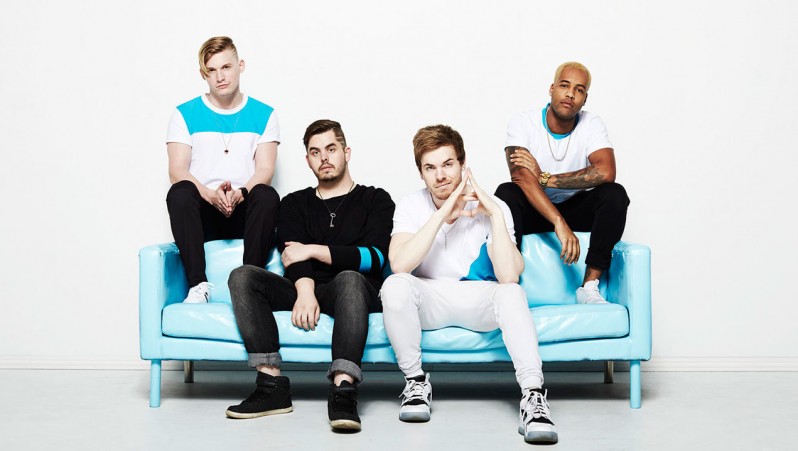 Families are coming together, decorations are being hung with care, kids are waiting anxiously for Santa, and the fourth annual episode of Merry Fishmas is kicking off in a 150 degree studio. This year, Fish brought some of our fave music industry fam on air to get holly jolly with us—like Set It Off, With Confidence, and Jarrod Alonge.

Set It Off rode in on their sleigh to slay the co-host game with endless holiday topics; from Christmas socks + underwear to Hanukkah gelt, you’ll be immersed in a well rounded December experience. Offensive Christmas songs? They’ve got ’em. Candy cane shivs and egg milk punch? There’s plenty to go around. Football injuries and MVP disputes? What would a holiday be without them? Plus, the guys’ pizza themed prank call to Joe from Patent Pending is the only gift you’ll need this year (just think White Chicks and Subway sponsorships.)

Causing holiday mischief with Set It Off isn’t all that happened on this year’s Fishmas celebration, though, because Fish also calls Luke Rockets of With Confidence to chat about Christmas in Australia + the lack of a winter wonderland, and to say a big f**k you to Gunz. Jarrod Alonge also makes an appearance to share what he’s been up to this year, talk about the absolute non-existent controversy he’s caused recently, and recount the 12 Days of Pop Punk Christmas.

Enjoy the fourth Merry Fishmas special, and remember to ask Santa to deliver extra coal (and absolutely no pop punk albums) to Fish this holiday season!