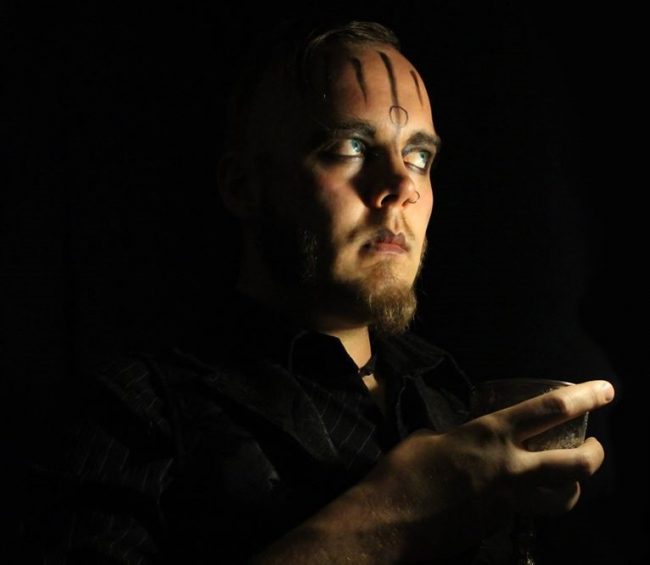 Wyatt was on Metalix earlier this summer but that was before B Lo saw Helleborus play in July. He may have a mild, modest attitude during interviews but Wyatt describes his stage persona as “possessed”.

Wyatt continues to be the black metal ambassador for Manitou Springs, which B Lo inexplicably mistakes for Monument. Both towns are close to Colorado Springs, so the distinction may be small for Helleborus’ international fan base. Think of Manitou Springs as a mountain hippie sanctuary, while Monument is the place where blizzards always jam the freeway.

Denver’s Black Sky Brewery made a Helleborus beer for their CD release show, but finding good blue spruce for the recipe was challenging. Wyatt actually picked the spruce needles himself.