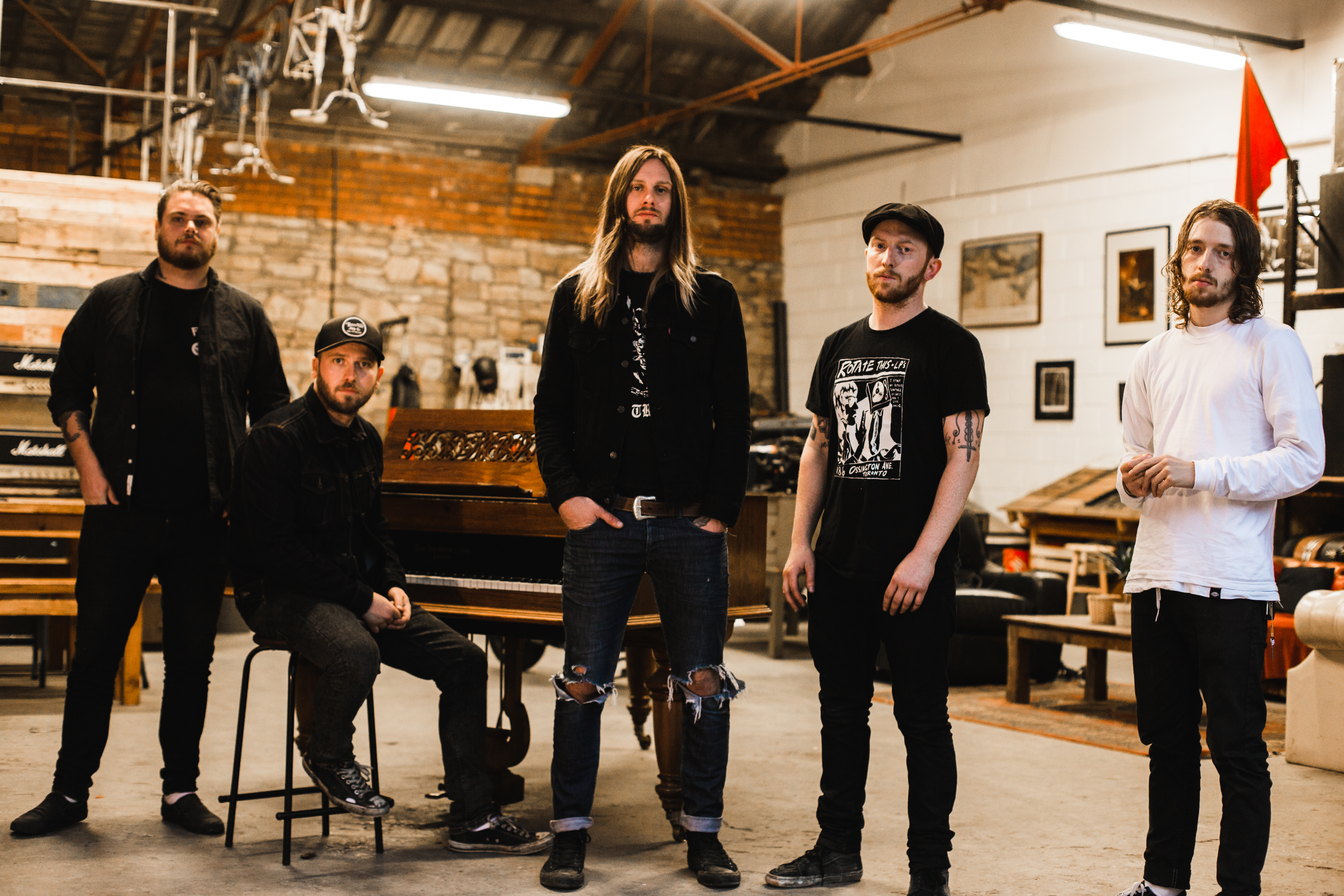 On Episode 006 (4/19/17) Jeff takes you overseas to introduce you to the band While She Sleeps, New music from Citizen Zero and brings you bands entered into the Ernie Ball PLAY Warped contest!

While She Sleeps is a Metalcore band from Sheffield England. The Band Formed in 2006, and consists of vocalist Lawrence Taylor, guitarists Sean Long and Mat Welsh, bassist Aaran McKenzie and drummer Adam Savage.  They have released one mini-album, The North Stands For Nothing, in 2010, and two studio albums, This Is The Six, and Brainwashed on August 13th 2012 and March 23rd 2015 respectively. Their third and New album, You Are We was just released on April 21 2017.

In early 2016, the band mentioned that they had begun writing for their third studio album. On July 29th, they announced that recording for the album had begun in their recently built studio. On September 4th, they revealed the first song, titled “Civil Isolation”, and on September 12th, launched pre-orders and a Pledge Music campaign for the album.  The first single, “Hurricane”,  was released on November 20th 2016.  On February 23rd, 2017, they released a song titled “Silence Speaks” featuring Oliver Sykes,  Vocalist of Bring Me The Horizon. The new album, “You Are We” is now available everywhere!

Today the band is staying busy touring the world to support their new release
“You Are We” and will be coming to the states FRI SEPTEMBER 22 -SAT SEPTEMBER 23 for  High Elevation Festival 2017 in Greenwood Village, CO

FRI MAY 5
The Sugarmill Stoke On Trent, UK

TUE MAY 9
The Garage Glasgow, UK

FRI MAY 12
The Asylum Birmingham, UK

Music in the episode is also featured from: