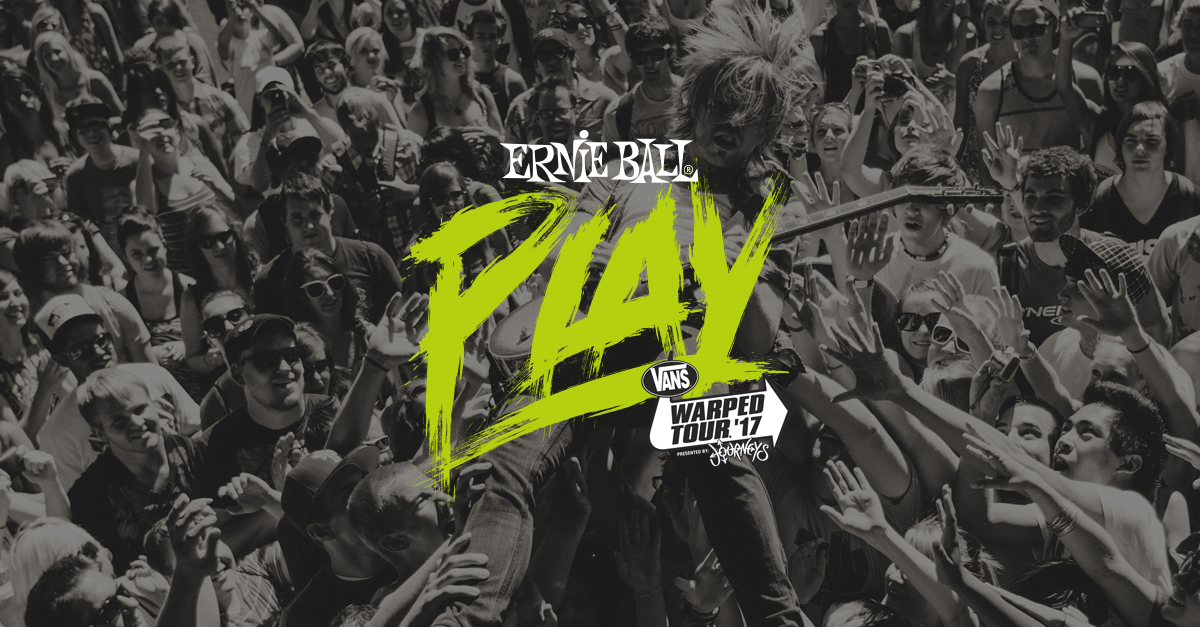 41 Bands will win a date on the main stage of the 2017 Vans Warped Tour and 1 Lucky band will win the grand prize including a 3 song EP produced by Multi-Platinum Producer
John Feldmann (Blink-182, Beartooth, DED), a $10,000 guitar center shopping spree, and over $20,000 in other prizes! The Ernie Ball Play Warped contest is such a great contest for these young unsigned bands.  A dream held by so many artists pounding the pavement for the chance to be a Warped Artist and Ernie Ball PLAY Warped winner!

Join Jeff as he introduces you to 15 bands entered into the contest, letting you know where they are from, and how you can give them points in the contest!

Music is featured by the following bands entered into the Ernie Ball PLAY Warped contest: