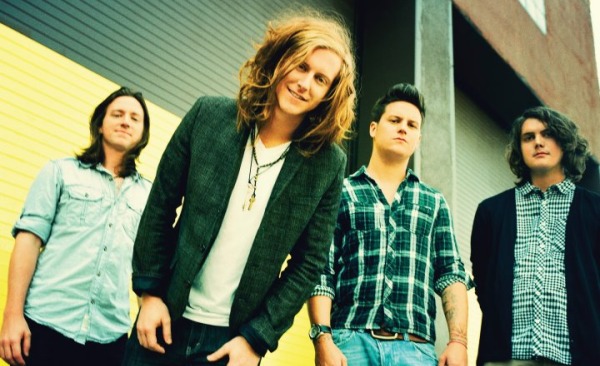 On tonight’s episode of The Gunz Show, Travis Clark of We The Kings revealed that the band were kidnapped by a man posing as their driver on their recent Malaysian tour.

We were in Malaysia, and there was a guy who was required to take us from Point A to Point B – that was his only job. And he took us from the hotel over to the venue, and he was sounding kind of crazy, but he got us over there. And then at the end of the show, we got down to the car with him, and I’m pretty sure that was the day that we were supposed to die. He took us in the car, and I don’t know what he had done within the three hours, but he was out of his mind. He was driving 60mph over the speed limit. He pulled down the wrong offramp because he didn’t know where he was going, and instead of doing what a normal person would do and just trying to turn around, he started reversing on the onramp. People were swerving to avoid him. And he was trying to cover for himself like, “Don’t worry about it man, this is normal driving over here, and anyway, I’ve been up for five days. I haven’t been able to sleep.” And it was like, “What, dude? You haven’t slept in five days? What’s wrong with you?” And he was like, “I don’t know man, there are some crazy drugs in the world.”

So he pulls in reverse, slams on the brakes and does this fishtail out on the highway. He passes the hotel and we’re like, “Hey, hey, you passed it,” and he was like, “Oh, don’t worry about it.” He swings over the median, and the first car that was coming in the other direction swerved and hit all of the median poles and crashed into the median. The other car swerved into the ditch. It was in the later part of the night, and all of a sudden the car in the ditch turned on their blue lights. It was a cop. He swerved and cut off a cop. So he decides that he’s gonna try to outrun the cop in the van, so he’s swerving in and out of cars and it’s like a movie. So he pulls over right in front of the hotel. I think half the guys in the van were crying. The cop comes up to us and he starts yelling in their native language, and they’re yelling at each other and the cop says, “Passports.” And we’re like, “Oh my god, we don’t have our passports with us right now. They’re in the hotel room.” But he wouldn’t ever believe that. So our driver, who’s insane and out of his mind, grabs his wallet and pulls out all the cash that he has. It was like the equivalent of $500. And he hands him the money, and the guy drives off. And we’re like, “…did he pay off the cop? Did that really just happen?” That was the most illegal thing I’ve ever been a part of. I was like, “Dude, we’re done with this, get us out of the fucking car.” And so he was like, “You’re right, we should ditch the car,” and pulls down some back alley. He breaks through this overhead security rail and parks the car, takes the keys out, chucks them into the ditch, and runs away.

So we get out of the car and start walking back to the hotel, and the promoter was there at the hotel and he was like, “What took you guys so long?” And we were like, “We got pulled over cause we had an asshole for a driver.” We were really upset. And he was like, “Sarah didn’t take you?” And we were like, “No, we didn’t see Sarah, we just saw a van that said We The Kings on it.” Apparently we got into a car that had nothing to do with us. [The promoter] didn’t know who he was or what he was doing, and better yet, the cops were searching for him all night around the hotel. We were almost kidnapped. But the cops saved our lives by being shady cops. It was the craziest thing that has happened to us in our touring career.

You can listen to the interview here.

Tags: Exclusive, We The Kings