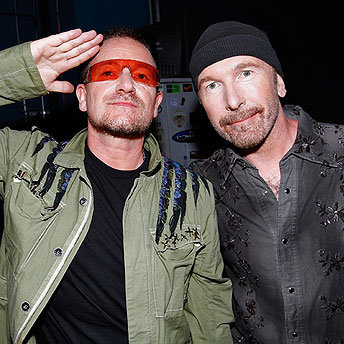 U2 have revealed the five ways their new album No Line on the Horizon will be available on March 3rd. Besides compact disc and double vinyl, Horizon will also be offered as a $36 digipak featuring a 36-page booklet, a poster and a downloadable film directed by Anton Corbijn “featuring the music of U2.”

$50 will get you the same package, except this time its housed in a “soft cover magazine-style book” with a 60-page booklet. Then there’s the Box Set version, which is pretty much the magazine version with a hardcover book, a second poster and a $96 price tag, according to Amazon.

Hopefully the differences between the three deluxe packages will become more clear as we move closer to release date, as an additional $46 for hardcover may be a bit much with a recession going on.

The track list has still not been announced, but “Crazy Tonight,” featuring Will.i.am, is expected to make the final cut.