I guess it’s true what they say, you can never go home. For some of us home isn’t a place, it’s a place in time. A time where everything made sense and we all fit in. A time where the scene was our family. The Matches video for their song “Life of a Match” is like a high school reunion where we suddenly realize everyone has grown up and everything has changed. The video features all of our favorite bands from the glory days of pop punk and emo as they time travel forward to sing along to that era’s swan song.  Here are the thoughts of some former “scene kids” on the melancholy closure to a time that we so eloquently get to revisit in “Life of a Match”.

“Life of a Match” is a bittersweet love letter to the emo, pop punk, post hard core music of the early-mid 2000s. The video and lyrics truly capture what this music and movement was about and how it felt to be there. It serves as a reminder for the unfortunate truth. Nothing is the same and we the fans , the kids in the mosh pit are the ones that grew up and sold out to mustaches and bicycles. This song and it’s video were like finding a break up note written in a MySpace message to my older self. That music and that time may be gone, but I’m sure glad it just got the send off it deserved.

That’s the most beautiful thing I’ve ever seen. #TBT

The Matches new song, and more so the video, completely encapsulates a genre, a period in time, a scene. If you were an emo kid in the early 2000’s. it would be impossible to watch that video and not be taken back to another time. A time that seemed so difficult then, but when you look back at it now, is a place most of us would love to be again.

First and foremost, the fact that new Matches music happened was enough to please me. Pepper in the fact that A. It’s good and B. It’s relevant and this song couldn’t have come at a better time in music. It thrusts a reality in the listener’s face. The reality that music is contemporary, it changes and evolves. Maybe not always for the better. The video itself was a sobering revelation of this. The song does beg the question was the music of our generation good or do we simply still listen for nostalgia’s sake? A bit of both, I think. The Matches always were a band that called it like they see it. The song is true and it’s real. It’s identifiable. I too wish our generation made something worth saving. I wish the saccharine pop riddled hits of my adolescence wouldn’t have risen to popularity the way they always did. I wish bands like The Matches got the attention they truly deserved, which was infinitely more than they got. But that’s another beauty of this song, it’s not merely calling out the bands of our generation, it’s calling out the listener as well. Too many youths of our generation latched on to what was simple and harnessed basic human emotions. I think The Matches knew that all too well, and suffered for it.

There was an honesty, a pureness back in 04 that I remember. It was fun listening to that Drive-Thru band in the van while driving to the next city. Because at that moment, it felt like we were all in this together.

The video was a wonderful walk through my younger self’s punk rock memory lane. Thank you for reminding me how cool I was ten years ago.

The video makes me nostalgic! Seeing all those bands on tour was the time of my life. I wonder how many of them are even active anymore. Makes me sad…

I got sent the Matches new video last night by a friend and almost immediately got emotional. I started freaking out right there on the subway as I recognized band after band. I never stopped listening to this music but it immediately brought me back to a special time of my life. I’ve watched it a bunch of times since with no end in sight. Good job The Matches for all the feels

_
Read The Matches own thoughts posted under their video on vimeo. 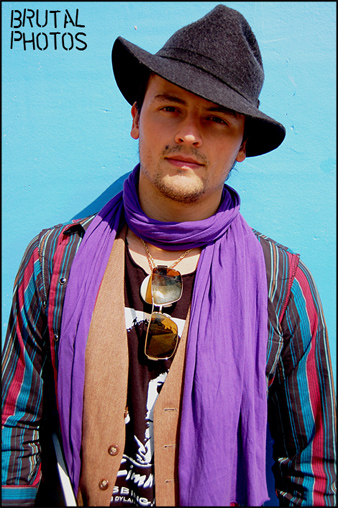