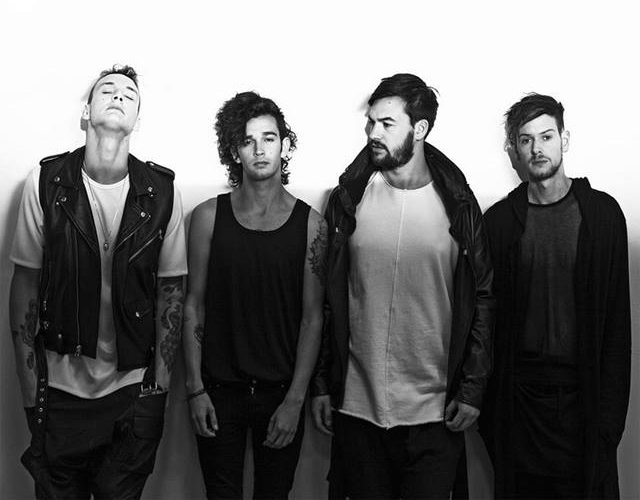 The 1975 have just premiered their new song “Medicine”, taken from the BBC Radio 1 re-score of the movie Drive; find out more about the project here and listen to the song below!

Vocalist Matty Healy had this to say about the project:

After we stole him we made our way from Los Angeles through the Californian desert to Las Vegas. Drowning my sorrows and (narrowly) avoiding conflict from many directions….. I sat down with Jim (Zane Lowe’s Producer) and he began to explain to me how he was in the process of re-scoring a movie and did we want to be involved. The film in question was the modern classic ‘Drive’. So of course my answer was ‘yes’. We wrote Medicine for our chosen scenes. Medicine, it’s title and sentiment, goes all the way back to the original The 1975 project that was based in my bedroom. It’s a new piece of music informed by the genesis of our band and our love for ‘Drive’ as a film. Having the opportunity to re-score a movie of which we were already so familiar provided us with a sense of knowing and allowed us to be slightly more introspective than we maybe would have been approaching something unknown. The movie itself plays with the duality of resignment and hope – and this is most obvious and stirring in the scenes we chose to score. The song is a testament to that same idea and has in turn become one of our most personal and best loved pieces of music to date. I won’t delve into what the song is about lyrically because frankly I want to put those ideas to bed; but being provided with the context in which Medicine came to be, it allowed the song to become a mausoleum for those ideas, captured, diverted and frozen forever. Which is pretty cool x