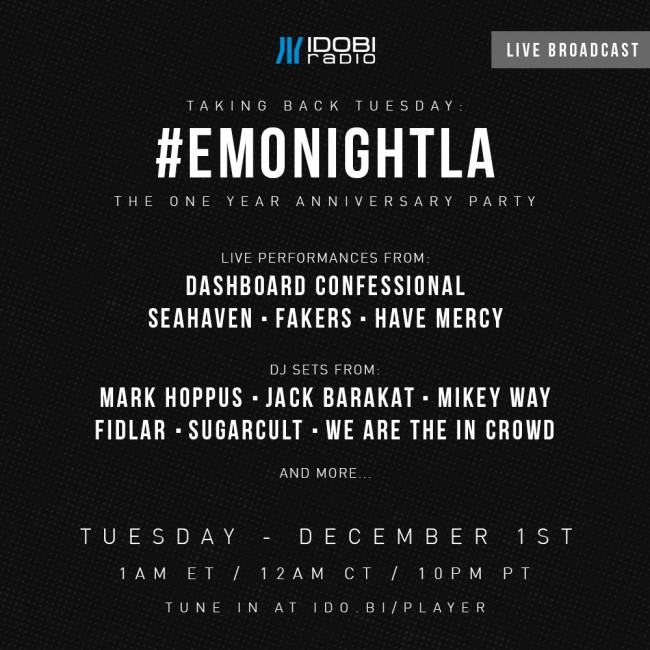 It’s time to celebrate… Emo Night is turning one year old. The show that brings back the soundtrack to guyliner, fringe bangs, and chunky belts has been reviving your high school feels across the country for 365 days.

As if each month’s Emo Night wasn’t great enough, the anniversary party will be even more epic. The show will feature live performances from Seahaven, Fakers, Have Mercy, and kings of emo themselves, Dashboard Confessional. DJ sets from Mark Hoppus, Jack Barakat, We Are The In Crowd and more ice this (probably very darkly colored) cake.

The show takes place in LA, but we’ll be live broadcasting the event right here on idobi Radio. Tune in at 10PM PT tonight for the most emo time of your life.